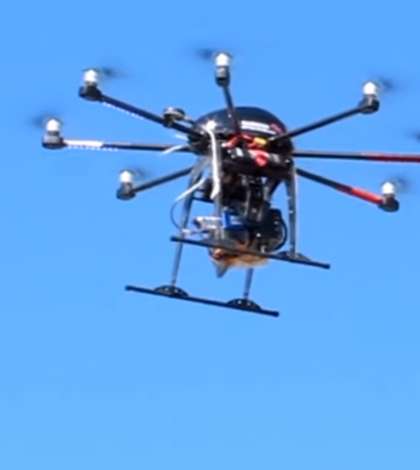 In the U.S. West, perhaps nothing is more important for recharging groundwater supplies than snowpack. That means that conserving snowpack is one of the most important goals for resource managers.

How is doing that possible? It seems the most that managers can do is monitor snowpack, which informs forecasts of water availability later in the year.

But according to new research led by scientists at Northern Arizona University, the manner in which forests are treated could make it easier for areas to hold and keep more snowpack. The investigation zeroed in on forests in the rugged terrain of northern Arizona to make the find, which could be useful in better managing, and even recharging, the state’s groundwater supplies.

The lead author of the work, Teki Sankey, is an ecologist and remote sensing scientist at the university. She and others relied heavily on satellite image analysis throughout the study, looking for differences in how forest treatment, essentially if trees had been thinned out, affected the amounts of snowpack that an area could retain.

The researchers developed a classification model specific for Arizona using data from NASA Landsat satellite sensors that let them evaluate five different forested areas in the Centennial Forest. These were considered over a period of 26 years from 1988 to 2014. Nearly 3,000 daily images were also gathered from NASA MODIS’ MOD10 snow product covering a period between 2003 and 2014. Those helped scientists study 51 different watersheds.

In addition, scientists evaluated the effects of a regional forest restoration effort, the Four Forest Restoration Initiative (4FRI), which aims to up snow accumulation to support groundwater recharge. Its chief treatments are forest thinning and burning.

“It’s very important to know what that will do to the current distribution of snow, and if the restoration treatment will be beneficial,” said Sankey, in a statement.

The five sites considered in the study were ideal, Sankey says, because some of them had undergone experimental thinning treatments while others had not.

Of the sites treated, researchers found that there was an optimal range for canopy cover: 24 percent. That level strikes a nice balance between the openness needed to let snow through to the ground while being closed up enough to protect snowpack from melting away.

“It balances canopy cover versus canopy gap, which reduces snow interception and sublimation by canopy, while providing enough shade,” scientists write in the paper. “These results are encouraging for the 4FRI, the first and largest forest restoration effort in the U.S. history, aimed at improving watershed health and function in the face of changing climate.”

The next steps for the scientists is to analyze soil moisture data in the forest areas to quantify the moisture benefits they received. Researchers will also use an unmanned aerial vehicle equipped with LIDAR sensing tech to measure the thickness of snow distribution next winter. That will help them to learn if thinning forest cover helps add to snow depth in addition to snow cover.