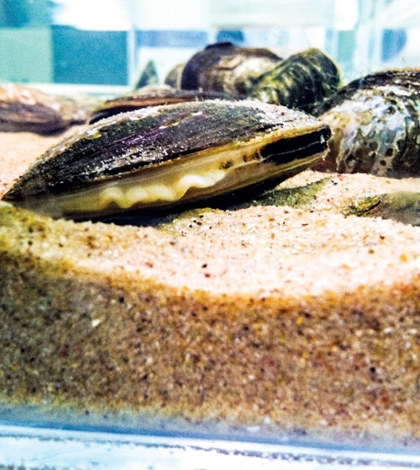 Man-made filtration systems often do a great job of protecting human health, but natural filtration systems can be equally if not more impressive than the ones people devise. Anodonta californiensis, a threatened mussel species, has shown its value as a filtration system that removes E. coli bacteria as water flows through it, according to Chemical and Engineering News.

Laboratory tests of the mussel’s ability to remove E. coli from water showed that it outperformed an EPA-approved filter at trapping E. coli. The mussel removed 90 percent of the bacteria from water pumped into aquariums, compared with no change in E. coli levels for aquariums using only the filters. The E. coli level in water is a significant monitoring parameter because it is a common indicator of the level of fecal contamination in the water.

A. californiensis mussels were shown in lab tests to be capable of cleaning hundreds of milliliters per hour. The mussels will be reintroduced to Mountain Lake in San Francisco, where they are expected to positively impact the local ecosystem and human health.