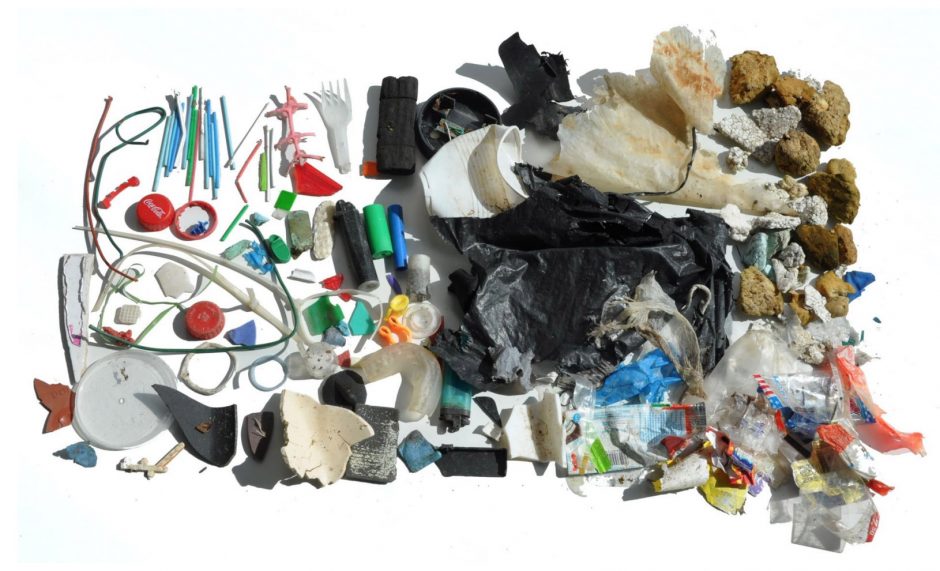 When we consider the glut of plastic rapidly accumulating all over the world, it’s easy to see the problem of pollution and disposal of substances that don’t biodegrade. However, it’s not always as apparent to us that plastic pollution also means a growing number of toxic chemicals in the environment, many of which can be harmful to ecosystems.

Plastic polymers and the products made from them are wildly diverse as to chemical properties, composition, and range of potential applications, although most plastics are made from petrochemicals. Throughout the very long lifespan of any given plastic product, the material may release various hazardous substances. The environmental persistence and omnipresence of plastic products mean that the analysis of the environmental and health hazards, as well as the risks of plastic pollution, are past due. This is what Dr. Montserrat Filella, lead author of recent research from University of Geneva, Switzerland, has begun to do.

Unlike other research on microplastics, which carry their own risks, often via ingestion, pollution from plastic products of any size carries risk based on the very components that go into the manufacture of plastics. Although industrial-scale plastic production began in the 1940s, it has doubled in the past 20 years or so. The most common varieties today include polypropylene (PP), polyvinyl chloride (PVC), high-density polyethylene (HDPE), low-density polyethylene (LDPE), polystyrene, polyurethane, and polyethylene terephthalate (PET). Single-use applications dominate much plastic demand in most of the world. 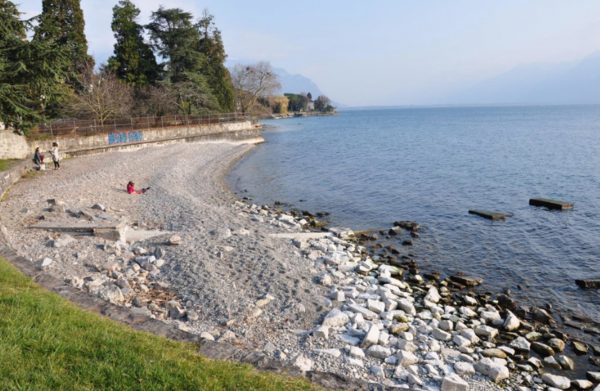 Although the chemicals that go into plastics are regulated now more than they once were—how much hinging largely upon local and national law—the environmental persistence of plastic products means that older pollution containing more hazardous chemicals remains in the environment. In other words, well after we “ban” the use of a certain chemical in plastic products, we remain saddled with the legacy of its use. One of the questions Dr. Filella hoped to answer was, what would x-ray fluorescence (XRF) spectrometry analysis of these plastic products reveal in terms of their chemical composition?

Analyzing plastic waste on the beaches of Lake Geneva

The researchers on this team conducted the first chemical analysis of plastic waste collected from beaches around a freshwater source—in this case, Lake Geneva. They detected bromine, cadmium, lead, and mercury, in very high concentrations at times. In fact, in some places, the team found levels of these metals that exceed the maximum allowed by EU law.

“I’ve been working for many years on the environmental behavior and fate of trace elements—some of them potentially toxic—in our environment,” explains Dr. Filella. “In this context, the potential toxicity of chemical elements present in plastics has not usually been considered. The huge problem that plastics represent for our planet, yes, but not as a direct potential source of noxious metals. However, my work on a particular element, antimony, which is extensively used as a flame-retardant in plastics and textiles, made me think that not only antimony might be present, so I checked for others.”

Some of the waste, such as straws and bottle caps, was similar to that typically found on ocean beaches. However, the team did not find the nurdles so ubiquitous on marine beaches, and far fewer filamentous fibers. This difference in plastic waste findings is probably due to use differences between the marine and freshwater environments. 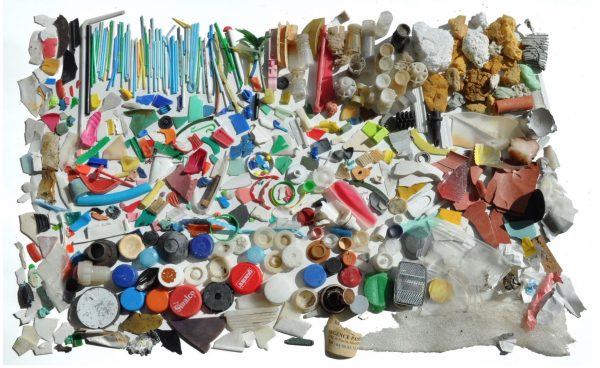 The team then analyzed more than 600 of the items, representative of the different categories of waste they found, using X-ray fluorescence. This method allows scientists to determine which chemicals make up any given material without destroying it.

“Another advantage [of X-ray fluorescence] is that portable, easy-to-use instruments exist,” adds Dr. Fiella. “The technique is based on the principle that individual atoms emit X-ray photons of a characteristic wavelength when excited by an external energy source. This allows us to identify them.”

The team found 19 plastic items with levels of bromine, usually used in flame retardants, that exceeded the maximum allowable levels under the EU’s Restriction of Hazardous Substances Directive (RoHS). Similarly, the researchers found high levels of cadmium in 57 pieces; cadmium is typically associated with bright colors. Lead, a coloring agent and stabilizer, was present in almost one-quarter of the analyzed pieces, 65 of which had lead levels exceeding RoHS rules. Finally, the team detected mercury in plastic items that ranged from red to brown; this indicates it was used as a coloring agent, a practice that ended more than 50 years ago.

The abundance of the hazardous elements such as bromine, cadmium, lead and mercury that the team detected—many of which are either banned or restricted in the EU—suggests that the plastic has been in the lake for a long time. For example, mercury has not been used in the manufacture of plastics in the EU for decades. (It has been used to make PVC recently, especially in China, but not for pigmentation.)

The research indicates that plastic waste in freshwater lakes is likely to present the same threat to wildlife as plastics do in the ocean. Both entanglement and ingestion can hurt and kill aquatic species. Once animals mistake plastics for food and ingest them, including these hazardous chemicals, the acid and enzymes related to digestion might accelerate the release of toxins into the body, adding to the effects felt by those species. 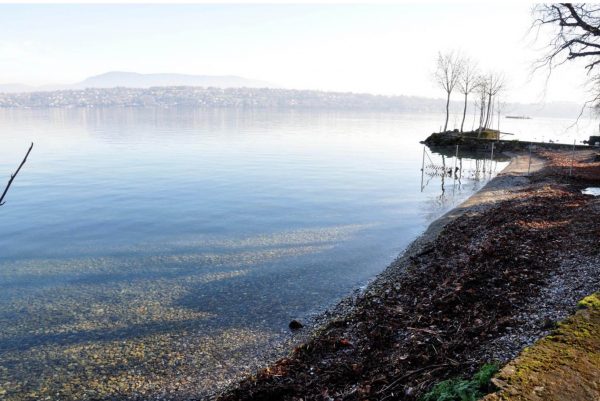 Whether those effects will impact the rest of the food web is unclear.

“This is an issue that has not been explored in depth,” remarks Filella. “It is also possible that invertebrates accumulate toxic chemicals by inhabiting moored plastics or by grazing on associated biofilms. The impact on the food web has not been studied in depth yet but it cannot be excluded.”

For Dr. Filella, the study of more freshwater systems and the degree of release of the metals from the plastics is the next order of business, as is educating others on the persistence of pollution.

“Pollution remains in the environment for long periods of time,” states Dr. Filella. “Our study shows, for instance, that plastics containing mercury, which was only used many years ago, are still there. This is the case for many other types of pollution. We should never think on a short-term basis.”