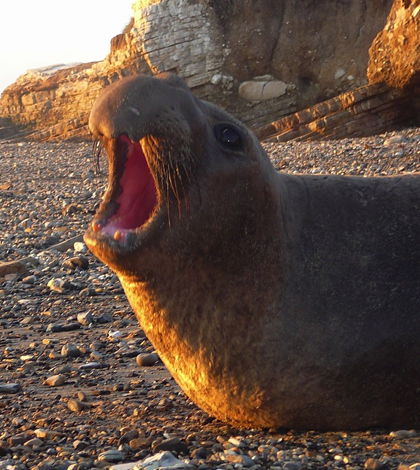 Elephant seals are helping scientists get to the bottom of Antarctic ice melt, according to the Washington Post. Antarctic ice sheets are melting from the bottom up instead of from top to bottom. The reason for this is a phenomenon known as circumpolar deep water. However, it is nearly impossible to observe.

So scientists employed elephant seals and crabeater seals to do their exploring for them. The seals were tagged using non-intrusive sensors that would last for six months and then disappear when they molted. The sensors tracked water depth, temperature, and saltiness of the Bellinghausen Sea.

The researchers discovered that the circumpolar deep water is lurking below the ocean’s surface and is slowly making its way into the Belgica trough located under the sea. Although the study could not demonstrate a marked pattern in the ocean’s behavior, the researchers received a wealth of data from the seals.