An Unassuming Aquatic Weed Could Be the Answer to Contaminant Removal 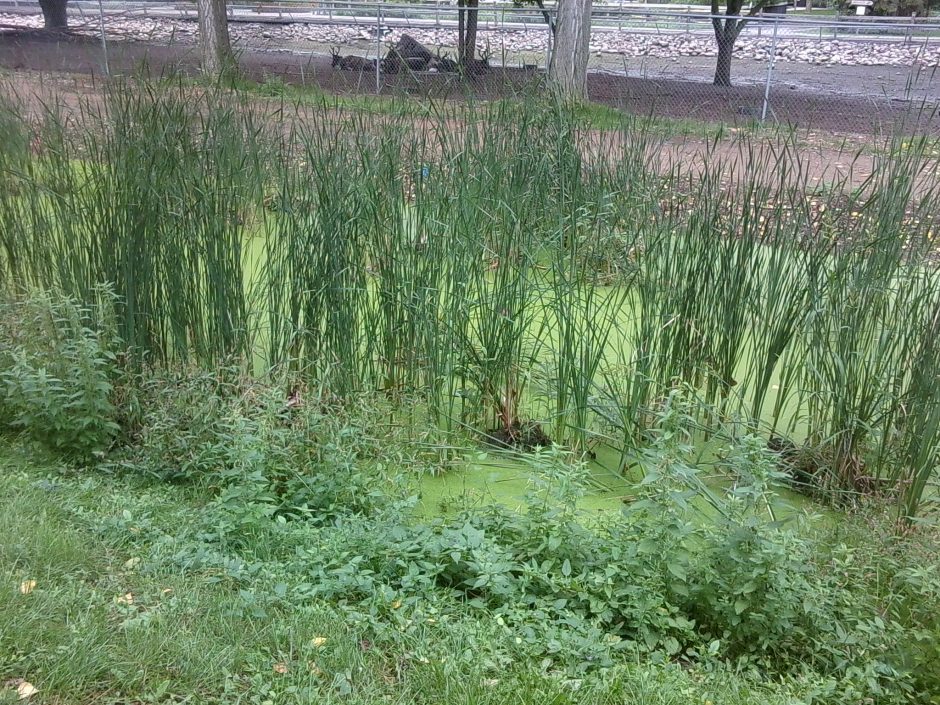 The most elegant solutions to even the most knotty problems are often those devised by nature. An interdisciplinary team of researchers from the Upper Big Sioux River Watershed Project (UBS) and South Dakota State University (SDSU) have been developing one of nature’s solutions into a workable remover of contaminants such as nitrates, nitrites, phosphorus, and even heavy metals from slow-moving waters such as lakes and ponds: a small, unassuming aquatic plant called duckweed.

Roger Foote, project coordinator of UBS, describes how the team decided to explore what duckweed might be capable of after his efforts to use algae to remove phosphorus from water were thwarted unexpectedly.

“We (UBS) had been operating a decommissioned water filtration plant in Watertown as a bio-reactor to remove phosphorus from Lake Kampeska,” explained Foote. “This facility was operated for a 3-year period as a proof of concept and a test bed for limiting factors associated with nutrient removal using algae to uptake the nutrients. During the last quarter of the test the growth chamber was overrun with duckweed. This had the effect of shading out the algae species in the growth chamber.”

The team was no longer able to work with the algae, at least not without a major change. Duckweed is prolific, thriving in warmer waters with slower currents, and growing until it literally runs out of space and can’t anymore. After a few weeks of trying to remove hundreds of pounds of duckweed at a time, the team decided to get creative instead.

“Knowing that it would take complete sanitation to remove all traces of the duckweed, we proceeded to evaluate the duckweed to determine if this plant could remove nutrients as well as the algae,” Foote detailed. “I was chatting with Erin Cortus of SDSU at a water conference or event, and when I explained the issues at the plant, she was intrigued with the idea and put together the research project.” At first, the project worked to determine whether duckweed is a viable feed option for livestock. The team quickly answered both questions in the affirmative, and the project pressed on. Armed with samples of duckweed harvested from both the Big Sioux River and Foote’s indoor phosphorus removal facility, the team continued to experiment with the plant.

Both the duckweed that had helped clean the phosphorus-heavy water and the duckweed from the river were simply harvested and processed, and once dried much like hay, they were tested for toxins. There were no harmful toxins in the samples from this work, although of course the different contaminants in water could potentially change these results.

Once the duckweed is dried, it is a high-protein animal feed that can be used to supplement other feed that is somewhat lower in quality. Even the duckweed that had been used to remove the contaminants remained high quality from a feed perspective; its protein content was slightly lower and its ammonia content slightly higher, but other than that, its contents were the same. The samples of duckweed are put into containers after drying and their moisture content is measured using an oven. (Credit: SDSU, Upper Big Sioux River Watershed Project.)

Next steps in this research area will include learning how the uptake of different contaminants, including heavy metals, could affect the quality of the plant as feed. Researchers will also aim to find more efficient ways to dry the duckweed. Foote is very hopeful about the potential duckweed could have for water treatment, and he’s not alone in that idea; the Food and Agriculture Organization of the United Nations has also published work on the potential utility of duckweed.

“Duckweed is a natural, prolific plant that grows well in nutrient-rich, warm, slow-moving water,” Foote comments. “It is easy to harvest and has many potential uses. I would like to see more work on CAFO lagoons and rural sewage facilities using duckweed to uptake nutrients and utilize it as a feed supplement or a fertilizer.”