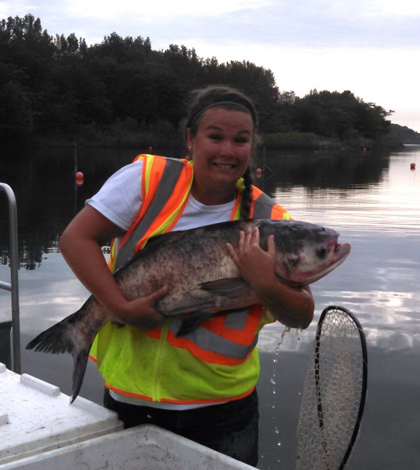 We know that there are some sounds that we as humans just don’t like. Anything obnoxious or intrusive pretty much fills the bill for this category. So knowing how we react to awful noises, is there a way we can take advantage and apply similar techniques to send invasive species running?

That is certainly the hope for Asian carp, a fish species that has been knocking on the door of the Great Lakes for decades. Scientists at the U.S. Geological Survey are attempting to learn more about using underwater noise as a deterrent to continue to keep the fish, specifically silver carp, from entering the lakes.

Results of the work are published in the journal Biological Invasions. Prominent findings include that silver carp subjected to underwater sounds always responded to complex sounds, those made by combining several annoying tones. Simpler sounds made of just one tone, which researchers call pure tones, were not as effective because the carp habituated to them.