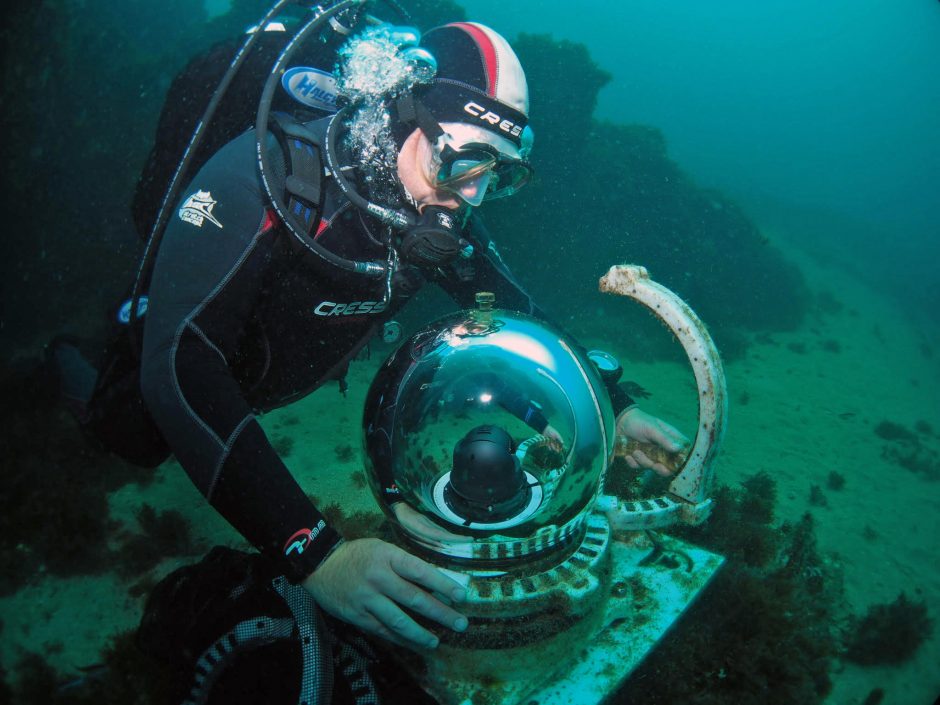 Gibraltar’s Department of Environment and Climate Change (DECC) is using an underwater webcam to launch a unique citizen science project. The aim of the project is to crowdsource observations of local marine life. Mr. Clive Crisp from DECC and Mr. Trevor Mendelow, CEO of View Into The Blue, the company that developed the equipment, described the project to EM.

“We believe that engaging the public is key for ocean stewardship and conservation,” explains Mr. Mendelow. “Scientists have always strived to do public outreach as part of their professional life, but few tools existed to make that a reality. Having the public understand a research question and participate in collecting images and data or training data sets for artificial intelligence is a practical reality, and it is our hope that our new instruments with AI on the edge device will accelerate this trend.”

Her Majesty’s Government of Gibraltar’s Department of the Environment, Heritage, and Climate Change has been elaborating a citizen science project for some time now which includes different aspects of marine monitoring.

“The Underwater Camera is a powerful tool, which is used in so many ways,” adds Mr. Crisp. “It has had a big public engagement angle to it, and people are drawn to the fascinating marine life in our waters. Before the development of these underwater live cams, only people who snorkel and dive, or who are fit or young enough could enjoy and observe the underwater realm. We have seen a large increase in positive communication from the general public with regards to the underwater camera, and our citizen science project is gaining momentum fast.” 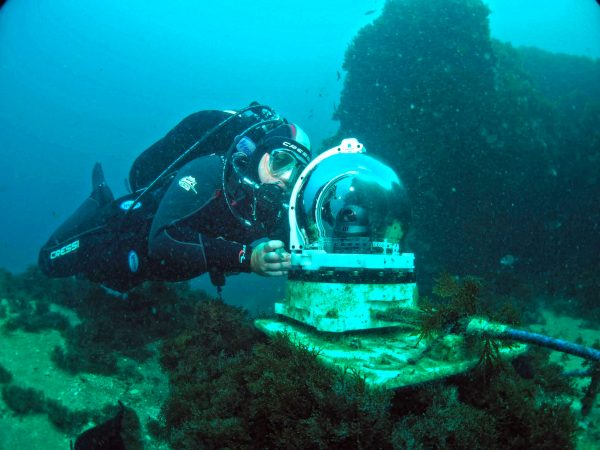 The project uses a live video feed from the underwater camera which is available online. “The public can take screenshots of what they see and comment on their experience…we’re building a community!” states Mr. Mendelow.

Members of the public who participate are asked to register via email, they then fill in a simple spreadsheet with notes on time, date, species observed, general behavior, and any comments they would like to make.

“We do ask them to accompany sightings of interest with screenshots so that we can verify the sightings,” remarks Mr. Crisp. “Once the sightings are verified by us, we input them into a database.”

The underwater camera used for this project is the first of its kind in Europe. Thus far, its video feed is attracting hundreds—sometimes thousands—of visitors each day, each one “seeing” an aquarium-style view of what the camera sees on their smartphone or tablet screen.

Sitting 13.5 meters below the surface since 2005, the camera itself has some special features that allow it to stand up to the rigors of its environment. 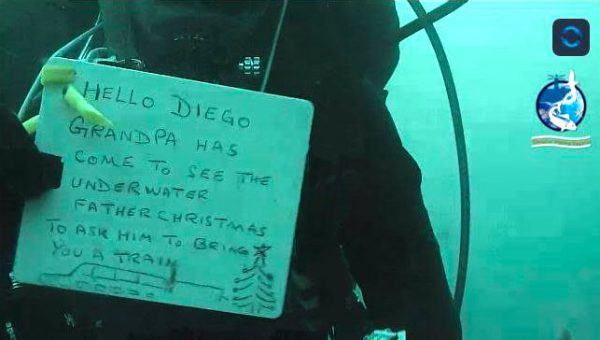 Dennis has a message for his grandson. (Credit: Gibraltar DECC)

“It is a 1080p IP-based instrument in a special self-cleaning housing that combats the process of biofouling,” Mr. Mendelow says. “Biofouling is the accumulation of living organisms on the instrument’s surface. The cleaning arm keeps the optical dome clean without divers having to clean it. This also means that there is less disturbance, which paints a more realistic picture of the ecosystem. The system also monitors salinity, pH, and temperature.”

The team selected the housing area for the camera based on several factors, including access to a strong land connection for internet and power. Just as importantly, though, is the spot’s residence inside a fully-protected marine conservation zone, which is a notable area for seagrass restoration and an important site for fish aggregation.

“The location was chosen as the site had very recently been afforded protection under local legislation as a no fishing/no anchoring area,” details Mr. Crisp. “The area itself is a beautiful underwater biogenic rocky reef system which boasts of important marine biodiversity.”

In fact, the team has already made a few surprising observations, thanks to both the camera an public.

“The area is a No Take Zone and was afforded this level of protection recently, so we are noticing species which we have not seen before in the area,” Mr. Crisp continues. “For example, this summer (through citizen scientists) we logged dusky groupers (Epinephelus marginatus) for the first time in the area. We hope to continue seeing this highly sought after fish species on the camera.”

“We hope to install more underwater cameras,” states Mr. Mendelow. “Off the south coast is a fascinating marine shelf that sits in the narrows of the Gibraltar Straits. This would offer incredible views of turtles, whales, dolphins, sharks, tuna, and other marine species.” 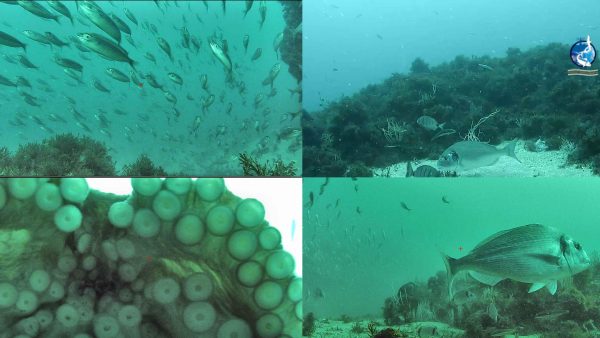 Various images captured by the underwater camera which have been submitted by citizen scientists. (Credit: Gibraltar DECC)

The team is also hoping to grow their relationships with the public.

Our citizen science project continues to grow, and we are very engaged with local scuba divers on various fronts of marine monitoring,” remarks Mr. Crisp.

The underwater camera has users from around the world, some of which are simply curious or interested in seeing how it works. Others are using it for research of their own, finding that the camera and feed allow them to observe and count fish in their natural environment, without disturbing them.

Furthermore, the remote monitoring that citizen scientists are doing doesn’t replace monitoring work someone from the research team would otherwise have to do, but it does dovetail perfectly with the research.

“It compliments work that we currently undertake, and many other sightings of notable marine species are noted by the general public,” comments Mr. Crisp. “As the spreadsheets reported are sent back with screenshots, we can verify and use this in our database, and it is therefore not considered as anecdotal evidence.”

Get your own view of the underwater camera at http://www.thinkinggreen.gov.gi/cameras/underwater-camera