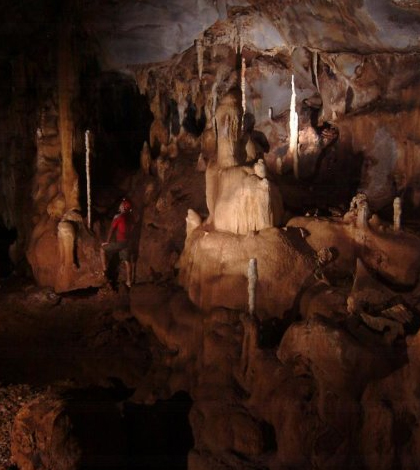 Scientists gathered stalagmite samples from a cave in Palawan in the Philippines. (Credit: Raf Rios)

The Younger Dryas was a cooling event that occurred 12,000 years ago. Scientists at the University of Texas suggest in a recent press release that another similar cooling event may be on its way if the North Atlantic Current stops circulating again.

The researchers also discovered that the cooling impacted northern regions like Greenland quickly, but the effects didn’t reach southern locations like the Philippines until much later. Generally, data showed cooling effects did not occur at similar rates across the globe, as was previously assumed.

Scientists used mineral deposits in a stalagmite in a National Park in Palawan in the Philippines and ice core samples from Greenland to determine the vastly different rates in cooling in the different regions of the globe. It was found that only a decade or less elapsed from the ceasing of the North Atlantic Current circulation to a large 18-degree temperature drop in Greenland. In contrast, it took the Philippines hundreds of years to feel the effects of the halt of the North Atlantic Current, and the effects were different: In the Philippines, the effect was a significant drop in rainfall.