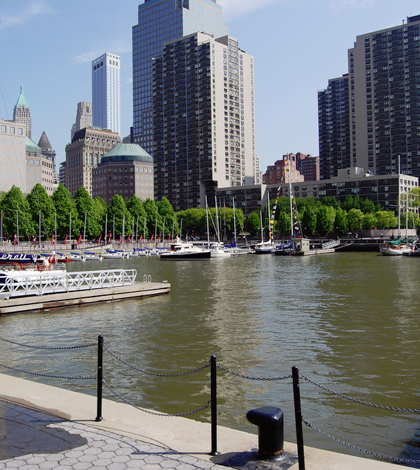 Coursing more than 150 miles from Troy to the New York Harbor, the Hudson River estuary is a diverse ecosystem rich with natural resources. But despite running through the nation’s most populous city, Tim Sugrue, CEO and president of Clarkson University’s Beacon Institute for Rivers and Estuaries, says that too few people understand the significance of the estuary. He — along with several other organizations — plan to change that.

The Estuarium will make real-time monitoring, data collection and research open and accessible to the public. Catering to children and adults with indoor and outdoor programming, as well as interactive exhibits and a field research station, the center will help spread awareness about the estuary and its importance to the watershed and all of its inhabitants. However, the Estuarium won’t feature wet labs where scientists “are taking old-school samplings from the river and putting them in petri dishes,” Sugrue said. Instead, it will focus on data-driven research.

“We’re deeply invested in the establishment of a network of real time monitors, acoustic and optical, by which we systematically, continuously and comprehensively collect data relative to the river,” Sugrue said. Those data will include measurements of chlorophyll, dissolved oxygen, turbidity, dissolved petrochemicals and more. The Beacon Institute is working with IBM on a delivery mechanism that will allow access to the data from around the world, especially with partners from other Great Lakes institutions.

“These data tell a story that is not currently told, and ultimately, you know, the sky’s the limit with the use of these data,” Sugrue said.

While funding is an obstacle to many research projects — even on much smaller scales than this — the Estuarium is designed to support itself. A departure from reliance on donors and federal funding, Sugrue said, is “the wave of the future.”

“The lion’s share of the operating income is going to come from for-credit academic programs that use the Estuarium,” Sugrue said. “It seems obvious, it seems natural, but it’s different from how these operations do typically function.”

While there’s currently no opening date set for the Estuarium, Sugrue said getting the center up and running is “job one.” When the center does open, he believes it will improve public understanding of a poorly understood ecosystem.

“We have such a reliance — nationally, and in the state of New York — on the availability of clean water for living, to drive our economic engine,” Sugrue said. “Public awareness is the most important dimension of continuing stewardship over this river and other rivers.”

Top image: The Hudson River estuary is a diverse and often overlooked ecosystem. (Credit: Harvey Barrison, via Flickr/CC BY 2.0)