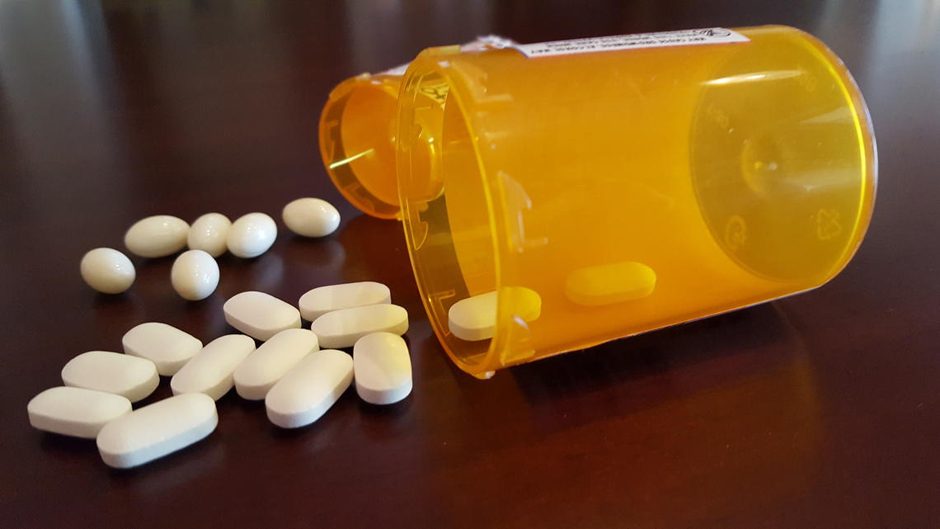 Hormones and pharmaceuticals are widely used for treatment of humans, domestic animals, and livestock, and they have the potential to enter the environment, including groundwater. Based on 2011-14 data, nearly half of Americans took at least one prescription drug in the past 30 days, and 20% took 2 or more. Annually, billions of prescriptions are filled across the U.S. (Photograph by Laura Bexfield, U.S. Geological Survey, Sept. 5, 2018)

Even at low doses, emerging contaminants can pose health risks for humans, including disruption of the endocrine system. These emerging contaminants include hormones, personal care products, perfluorinated compounds and volatile organics, and pharmaceuticals. U.S. Geological Survey (USGS) scientist Laura Bexfield presented her work on hormones and pharmaceuticals in groundwater at the 2018 Society for Risk Analysis (SRA) Annual Meeting, and more recently corresponded with EM to discuss the research.

“This is the first large-scale, systematic study of the occurrence of hormones and pharmaceuticals in aquifer systems that provide drinking-water supply for an estimated 80 million people across the US,” explains Ms. Bexfield. “The need for a comprehensive dataset for the Nation’s groundwater resources was demonstrated by foundational work led by the USGS Toxic Substances Hydrology Program, which documented multiple detections of hormones and pharmaceuticals in surface water and groundwater.”

The National Water-Quality Assessment (NAWQA) Project of the U.S. Geological Survey (USGS) is now in its third decade of collecting and analyzing data to characterize the status of, and trends in, the quality of the Nation’s streams and groundwater. 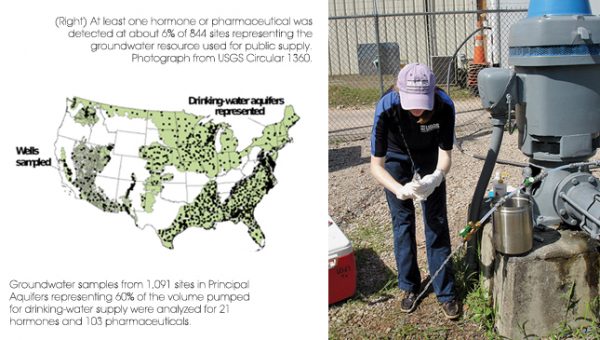 “NAWQA studies provide information about when, where, and why water quality is degraded,” details Ms. Bexfield. “NAWQA began measuring hormones and pharmaceuticals in groundwater in 2013.”

The USGS was the right Federal science agency to conduct the massive, national-scale assessment, with field personnel located across the US. Although the current study’s samples were taken from 2013 to 2015, samples have been collected at additional sites since that time.

“USGS personnel collected groundwater samples from 1,091 wells and springs in 46 states and 18 Principal Aquifers using nationally consistent field protocols across all sites,” Ms. Bexfield describes. “Samples were collected at or near the wellhead before any treatment or blending that potentially could alter contaminant concentrations. Each of the groundwater sites included in this study was sampled for hundreds of analytes, including hormones and pharmaceuticals, during a single visit. Sites were selected for sampling by applying equal-area sampling grids over the areas of interest, with one well randomly selected for sampling within each grid cell.”

Next, filtered samples were analyzed at the USGS National Water-Quality Laboratory for 21 hormones and 103 pharmaceuticals using methods with low detection levels of about 1 to 200 nanograms per liter (parts per trillion). 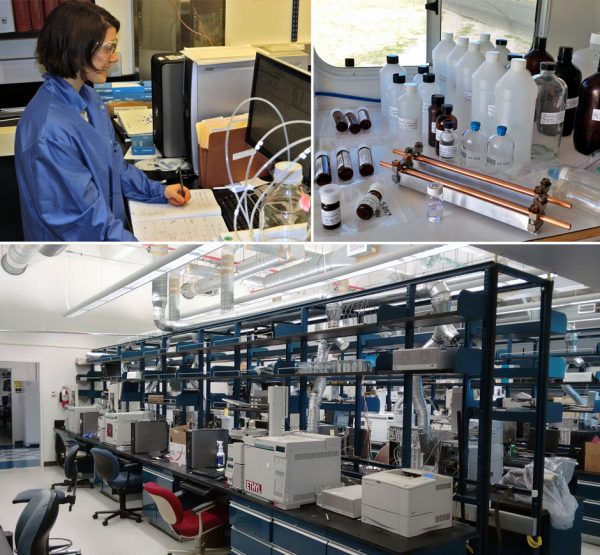 Because one sample was collected at each site, this study represents more of a “snapshot” in time. However, according to Ms. Bexfield and the USGS, groundwater quality conditions generally change slowly over time, and the results of the current study can be taken as representative of the current status of the aquifers that have been sampled.

The USGS team found that it is likely that individuals who get drinking water from certain wells have a higher chance of exposure to hormones and pharmaceuticals than do others.

Hormones and pharmaceuticals were found more frequently in samples from domestic wells (pictured here) than from public-supply wells. (Photo: USGS Circular 1357 and 1354, respectively)

It is important to note that this study examined untreated groundwater and that some hormones and pharmaceutical compounds detected in untreated source water might be present at lower concentrations—or undetected—at an individual’s tap as a result of blending, treatment, or other factors. Those factors tend to impact water from public-supply wells more often than water from domestic wells.

However, this doesn’t mean that the results of the study have dangerous implications for the health of domestic well users, or anyone else.

In fact, of 34 compounds detected, only one—hydrocortisone—had a concentration greater than a human-health benchmark at one site. Most detected concentrations were several orders of magnitude below benchmarks.

“Hormones and pharmaceuticals are not currently regulated in drinking water in the US,” adds Ms. Bexfield. “The benchmarks that are presently available from other agencies are typically based on the lowest dose of a medication that would be required to produce a clinically effective outcome, with several safety factors applied.”

Furthermore, according to the study, certain conditions make detection of these compounds more likely.

The national-scale dataset from the published study will be publicly available online through USGS Data Releases and the USGS National Water Information System. Ms. Bexfield points out that the dataset can help decision-makers prioritize hormone and pharmaceutical compounds and environmental settings for future monitoring and research.