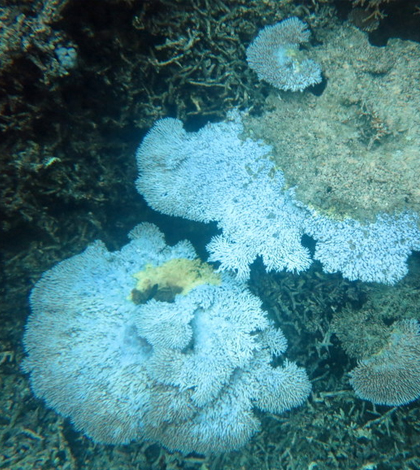 Unseasonably warm temperatures in the Pacific and western Atlantic oceans could lead to more rapid bleaching of corals in the Northern Hemisphere, according to a statement from the National Oceanic and Atmospheric Administration.

Corals bleach when they are stressed by major environmental shifts that cause them to eject the symbiotic algae living within their tissues. This gives them a pale or bleached appearance. Corals are also affected because they depend on that algae for food and protection from disease.

As the ocean temperatures will likely hold through October, NOAA researchers expect the increased bleaching to occur through the next few months. Mild bleaching, they note, is not usually lethal to corals, but the more severe and long-term bleaching predicted by NOAA can decimate coral populations.