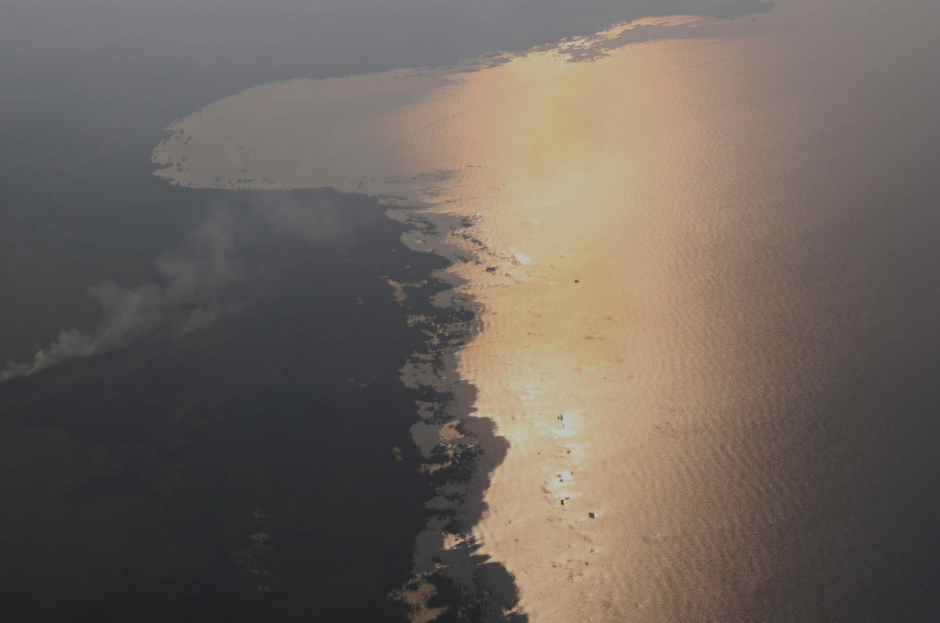 With Lake Tanganyika’s importance as a food source for the populations living around it, the water body is usually covered with fishing ships. And that makes it easy to assume that overfishing is the cause of recent declines to the lake’s fishery. But that’s just one side of the problem, according to research led by scientists at the University of Arizona, who found climate change has played a bigger role in Lake Tanganyika fish losses over time.

Investigators used sediment cores from the bottom of Lake Tanganyika, in southeast Africa, to create a 1,500-year record of temperatures in the lake, as well as a record of animal fossil abundances over time. As the temperatures went up throughout the record, including a big spike during the current industrial period, researchers saw that there was a corresponding drop in the abundance of fossil fish, mollusks and other organisms.

“We found that lake warming, and particularly the unprecedented warming in the last 100 years, has resulted in large declines in the abundance of fish, snails and other organisms,” said Andy Cohen, the study’s lead author and a professor of geosciences at U. of Arizona. “The fish decline started before there was much commercial fishing in the lake, which ramped up in the middle of the last century. So we were able to conclude that temperature plays a major role in the decline, not just overfishing.”

So how exactly is a rise in temperatures impacting Lake Tanganyika fish populations? It largely has to do with the effects that warmer waters have on the lake’s ability to mix. With an absence of cooler waters to enable typical turnover, Tanganyika isn’t mixing as efficiently as it needs to. This means that nutrients that would otherwise be brought to the surface to support productivity, such as the growth of algae that fish eat, just aren’t making it there.

“ … This process, known as upwelling, requires cool surface waters,” said Cohen. “As water warms, it becomes less dense, and this warm, low-density water forms a surface lid that suppresses the upwelling of nutrients to the surface.”

In addition, as the lake’s mixing has weakened over time, its oxygenated top layer has become more shallow. Losses in this top layer contribute to a smaller area of oxygen-rich water throughout the lake, reducing the extent of habitat available for bottom-dwellers like mollusks, invertebrates and other creatures.

Using records of oxygen levels in the water body, investigators estimate that the amount of oxygenated lake-bottom habitat has gone down 38 percent since 1946.

“This decline is seen in the sediment core records and is a major problem for the conservation of Lake Tanganyika’s many threatened species and unique ecosystems,” said Cohen.

Full results of the investigation are published in the journal Proceedings of the National Academy of Sciences.

With warming playing a large role, would limiting catches of Lake Tanganyika fish help alleviate the declines? Do you think the lake’s health can be improved enough to help fish stocks? Please consider leaving a comment to share your thoughts!