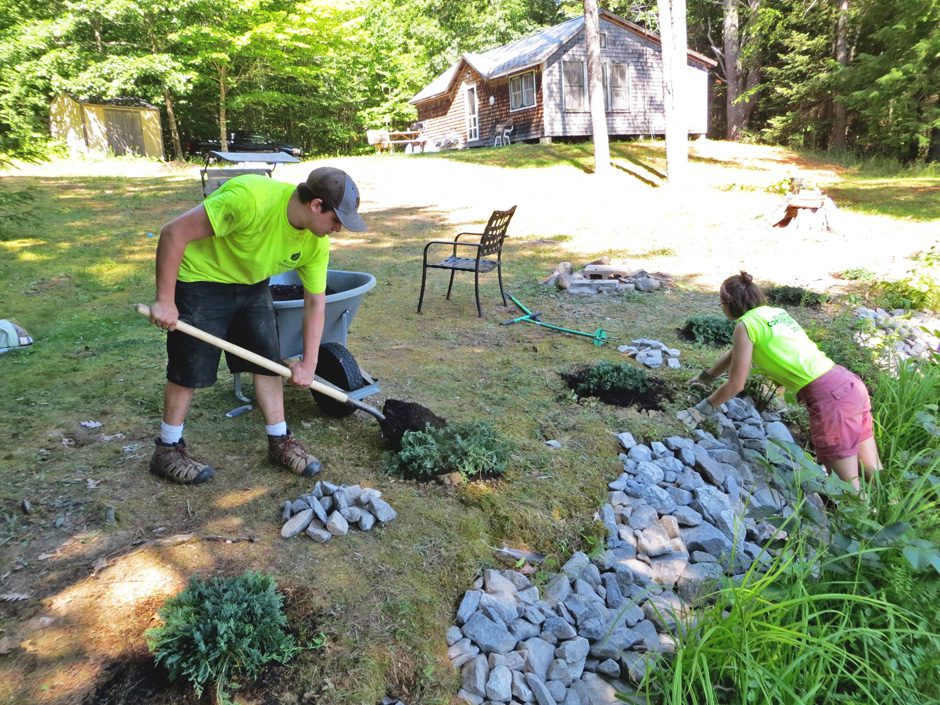 Maine has long been known for its natural beauty and resources, and best practices for stormwater management are essential to preserve those features. The Youth Conservation Corps, a program of the Midcoast Conservancy, is working hard to help local Maine landowners ensure they are following best stormwater management practices and protecting water quality in the process.

Midcoast Conservancy Director of Water Conservation, Garrison Beck, spoke with EM about the Youth Conservation Corps and the work the group does.

“I started the Youth Conservation Corps program locally in 2014 when I was relatively new to the job,” explains Mr. Beck. “There are similar programs that operate in the state. Most have been run by similar, volunteer-driven, non-profit watershed associations. The goal was to provide more technical and financial resources for landowners to improve water quality and take a proactive rather than reactive stance.”

One of the primary aims of the program was to reach out to more people in the community, and ultimately get them engaged with local water quality. 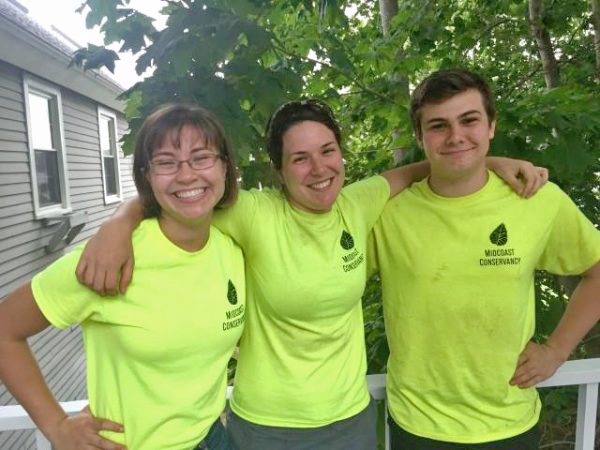 “I envisioned that by doing it in this way, we would be able to engage a much broader audience than those who are already ‘drinking the Kool-Aid,’ and it has worked in that we’ve been able to engage with people who aren’t already members,” details Mr. Beck. “We’re providing labor at no cost to the landowner, so they get the benefit of not having to pay a contractor for the labor. And it’s education and outreach as well, informing people of what they can be doing to landscape their property in a way that benefits water quality.”

The YCC in action

The YCC is actually a team of just three staff, and it changes each year.

“There are really only three staff who are working on this project seasonally,” Mr. Beck describes. “One of them is full-time for 14 weeks, and the other two are crew members who are part-time for eight weeks. Every year we’re getting more work done within the season, but we’re also accumulating enough interest to carry over into the next year. This year we did more projects than we ever have, but we also have more interest from landowners who want a project next year, or a follow up to their project they did this year—so there’s a lot of room for growth.” 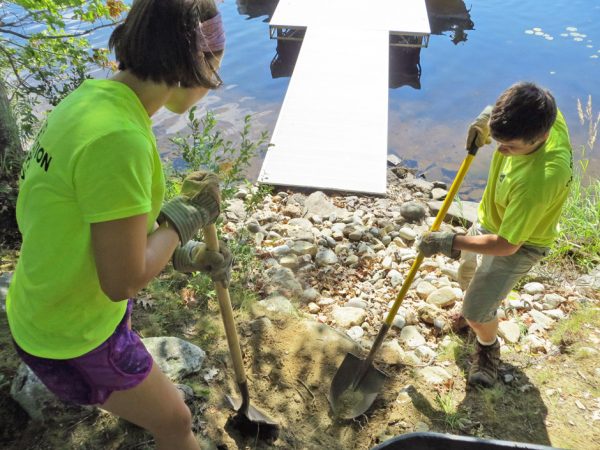 In Maine, most water quality monitoring takes place from May to October, and the YCC program only runs from June to August. But for some college students, that schedule is a real bonus.

“Because of the seasonality of it, our crew has been comprised primarily of students to date,” Mr. Beck confirms. “Typically our crew leader—the one that’s doing the site designs, doing the field reconnaissance, doing the planning and the permitting—that’s usually a college student. Our crew members are usually high school or college students. So we’ve tried to time it with the school year so that they can come in, have a good summer job, and then go back to school.”

However, the Midcoast Conservancy team isn’t focused on the age of the team, but on their interests and strengths.

“Many of our wonderful staff that we have hired have been interested in environmental work generally,” remarks Mr. Beck. “Whether they’re studying it in school, or just want to see if it’s something they want to do later in life, it’s been a great experience to give these students real, hands-on, in the field experiences of what it looks like to do this work. We give them some manual labor, but also help them to understand why we’re doing the work and what kind of practices we’re putting into action.”

Part of the program’s benefit, too, is encouraging young people to pursue this kind of work as a career. 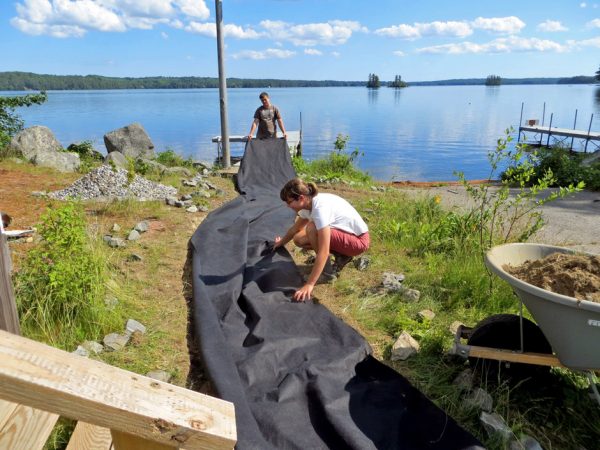 Once the team has a plan in place, they execute it together with the help of the landowner. Credit: Midcoast Conservancy, https://www.facebook.com/MidcoastConservancy/posts/2095388443911406)

“That’s how I really got involved in this work in the first place is through a job I had in high school,” states Mr. Beck. “Many of our volunteers were aging, and we always knew that we needed to have younger people engaged and involved in the organization. But younger students or young families don’t always really have the ability to be able to donate their time, so we went into this without that expectation. Instead, if we’re able to give them a job and get them involved in that way, then it’s going to come full circle. Whether it’s with us or whether it’s them pursuing this as a career and eventually getting another position in the environmental field in the state, that’s another goal.”

Working on the YCC

It’s not easy to describe the right person to lead the YCC crew. A mix of interests, skills, and drive are usually what best serve the team.

“When we hire a crew leader in the beginning of the year, we are looking not just at age,” comments Mr. Beck. “We’re also looking at somebody who maybe is studying in the environmental field, or perhaps engineering or construction, that is interested in this work and ideally has some exposure to stormwater management, or non-point source pollution, or erosion control.”

Training comes next, and the team will get the most of the Midcoast Conservancy’s resources, along with guides from the state.

“We train them in basic best management practices designed for homeowners so they can take the next steps, and give homeowners the resources in the form of labor to be able to implement the best practices,” Mr. Beck describes. “The state has some wonderful guidance documents on them and some sketch designs. We help train them in placement of these BMPs, and then once they’re comfortable in that, we train them on some of the design quirks of these different BMPs. And then they are off.” 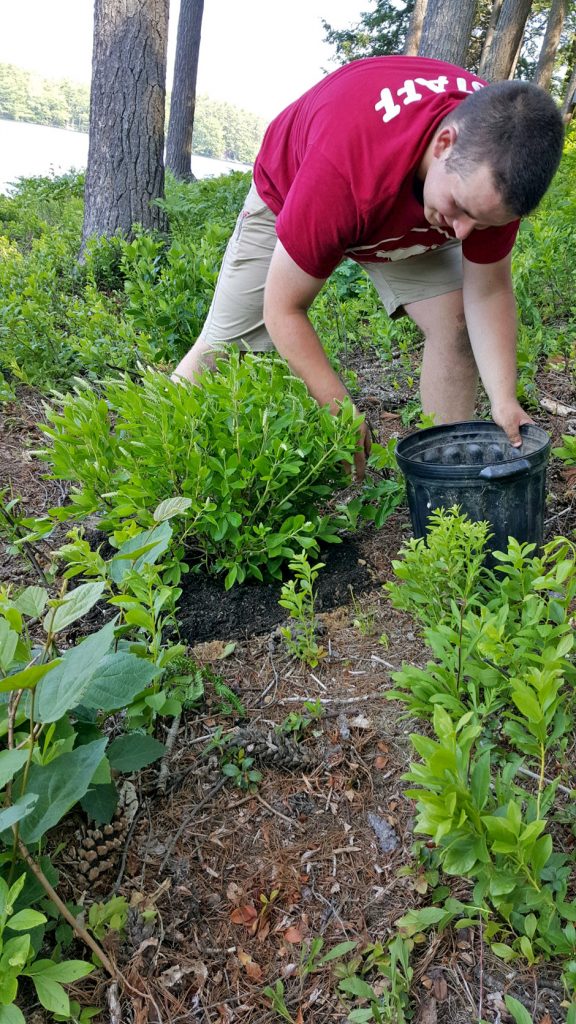 A member of the YCC at Miles. (Credit: Midcoast Conservancy, Facebook with permission)

Finding homeowners to work with is never a problem for the team, thanks in part to the continuity the program enjoys from year to year.

“They recruit people from previous years,” explains Mr. Beck. “Everybody we’ve worked with for four years now is always really grateful that we’re able to do this work. It’s really exciting to see.”

The YCC works with landowners across a broad spectrum.

“We have older couples in their 80s who have lived on their property for their entire lives, and probably their parents did, too,” comments Mr. Beck. “They see their shoreline disappearing because of erosion, or their beach disappearing, or trees falling into the water, whatever it may be. That’s the motivation for them. And we can come in and help them make a difference, for our purposes and for them, literally saving their property.”

Once onsite, the team works with the homeowner to explore the possibilities.

“They do site visits with these landowners and walk the property, listen to what the landowner’s concerns are, and then come away from that visit with some suggestions on BMPs that we could implement,” Mr. Beck states. “We sort of approach it from a pie in the sky approach; if we could do everything we wanted to, this is what we would do on your property. Then we present it to the landowner on a platter and just say, ‘With your budget and other considerations, what would you like to do now this year?’”

Although the homeowners must still purchase the supplies for the BMPs—such as plants or stone—the crew’s labor is free, as is their advice and assistance.

“They’re given the choice of what they want to see their property do, and then we’ll work with them to help purchase the supplies, do any permitting that we might need to do,” Mr. Beck says. “Later in the summer our crew starts to work, so our goal is to have projects shovel ready by the time the crew comes on, so they’re just in the field pretty much all day, every day, doing the implementation.” 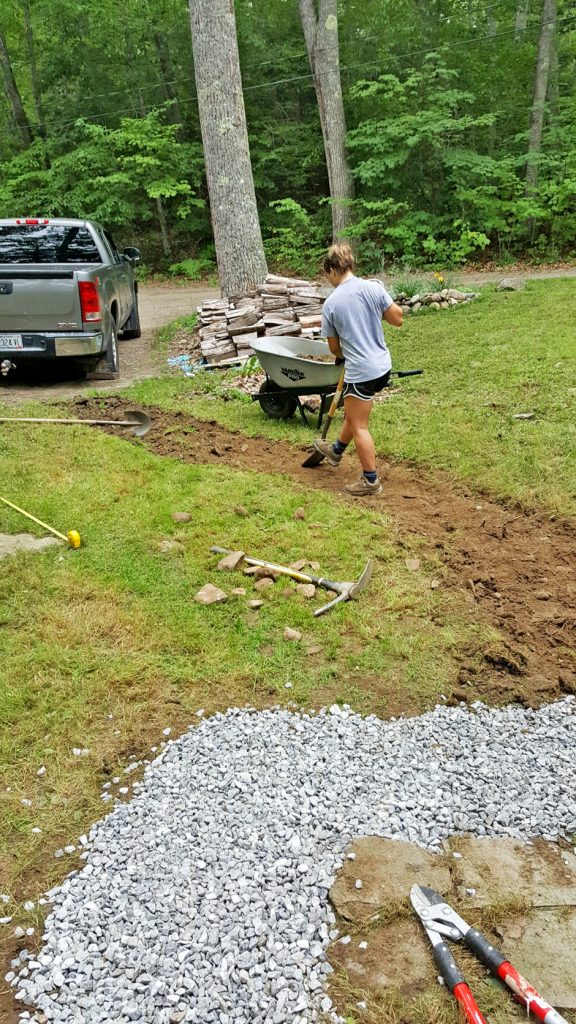 A member of the Youth Conservation Corps works on a project. (Credit: Midcoast Conservancy, Facebook with permission)

The YCC manages to succeed despite working within some very specific constraints.

“We are a fairly rural area,” explains Mr. Beck. “It’s primarily small towns that we’re working in; there are not any huge population centers. This matters, because we don’t have much municipal stormwater or wastewater infrastructure. There’s not really any motivation from a regulatory standpoint for these landowners to adopt anything. So part of our challenge is to convince landowners to voluntarily undertake these projects.”

The free labor and expertise, then, works as that incentive. And as far as the young people who comprise the YCC teams go, they stand to gain significantly from participating in the program.

“The skills that our staff take away from their YCC service is notable,” remarks Mr. Beck. “This is a STEM program that is teaching young people how to work outdoors safely and showing them that there’s very much a career in this line of work. The YCC program lets them really apply what they learn in the classroom and shows them that these skills are incredibly useful. We hope that it will motivate them to pursue those studies when they’re in college and ultimately stick around, stay in the state and work in this field that is really, really needed here. Nationwide, but especially here in Maine.”

The Midcoast Conservancy is hiring for the Youth Conservation Corps right now, so check out their job openings here.