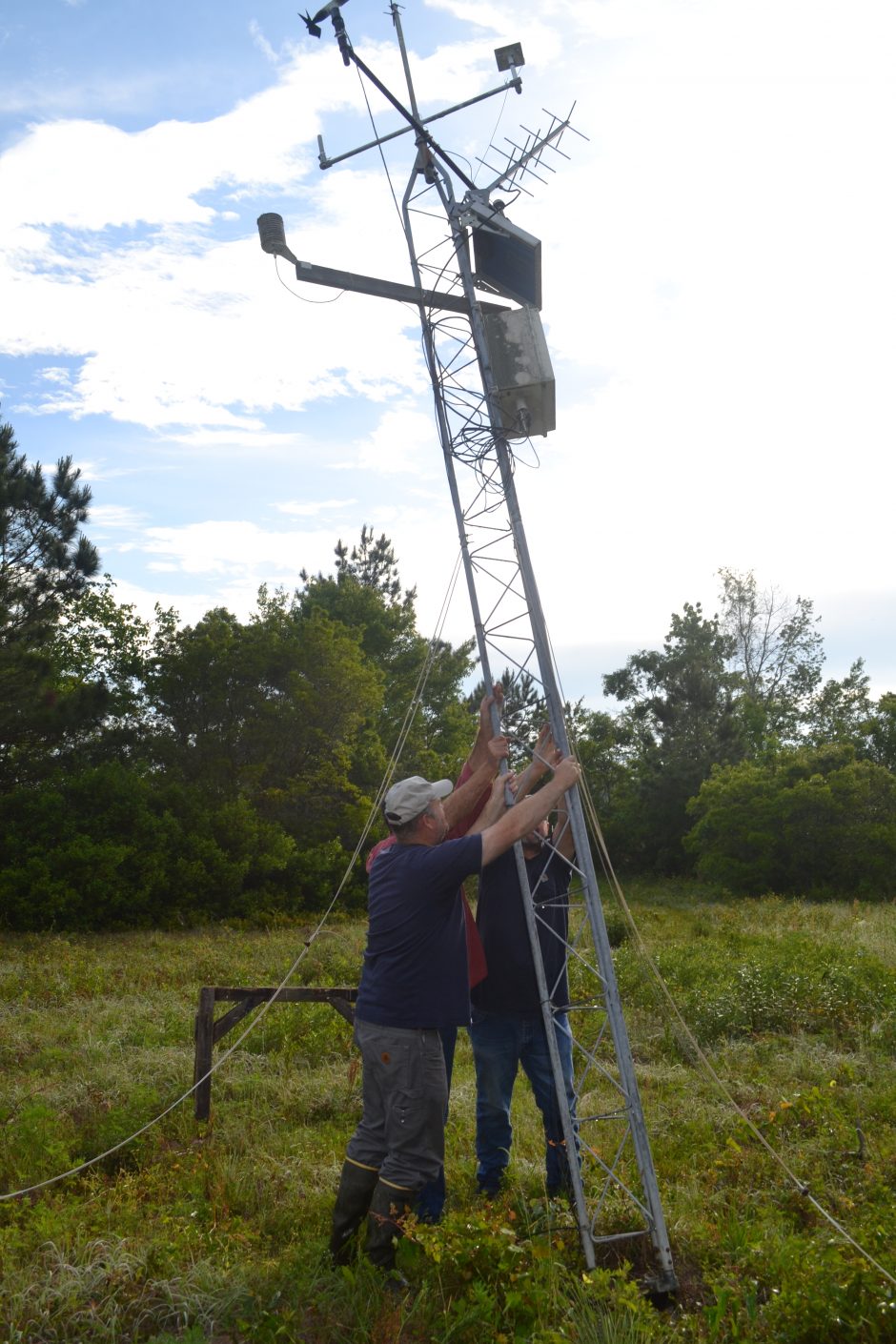 Mike Shelton, natural resources planner for Weeks Bay National Estuarine Research Reserve (NERR), has spent 17 years at the Reserve. The Reserve was founded in 1986 and is located in the Alabama and Florida coastal region. “It’s a great place for outdoor enthusiasts. Places like this are why we live on the coast,” he enthuses.

“There’s also a lot of history here. It’s one of the first areas settled by the Europeans after they arrived in America. The city of Pensacola was the second city built in the U.S.,” adds Scott Phipps, research coordinator for Weeks Bay NERR.

Weeks Bay NERR monitoring follows the same System Wide Monitoring Program (SWMP) as the other 28 NERRs, which includes deploying data-gathering sondes throughout the Bay. Like most of the other NERRs, Weeks Bay uses YSI EXO-2 data sondes to gather dissolved oxygen, salinity, pH, turbidity, temperature and depth data which is taken remotely and sent to a data-gathering station every 15 minutes. Triplicate samples are taken at four sites, and tidal cycle data is taken once a month, from low tide to low tide. Nutrient data (nitrate, nitrite, ammonium and phosphate) are determined from these samples. A Campbell Scientific weather station is used to gather humidity, air pressure, wind speed and direction, photosynthetically active radiation (PAR) and temperature data. Unlike some other NERRs, data from a chlorophyll probe in situ at Weeks Bay was found to be of limited use, due to the high tannin content of the Bay. Chlorophyll concentration is therefore determined from samples brought to the laboratory. Weeks Bay is a black water river system, with low pH and high colored dissolved organic matter (CDOM).

Along the Gulf of Mexico, the red mangrove, a non-native plant, has been gradually advancing northward. “We’re being threatened by invasive exotic species in our riparian areas,” says Phipps. “We’re assisting scientists at Dauphin Island Sea Lab with periodic monitoring for the mangrove,” Shelton says. “The research team has been watching it move in, so a monitoring program is going to be needed.” Weeks Bay NERR not only faces potential threats from non-native plants. There are non-native animals that threaten the NERR, too. One of the unique monitoring programs at the Bay that many other NERRs do not have is a monitoring program for feral hogs. Like many other features of Weeks Bay, feral hogs go back into ancient history. “We’ve been trying to control them in this area for around 200 years,” Phipps reflects. “They’re still a significant problem. We hunt them, we trap them, but we haven’t been able to get rid of them. They’re a problem across the whole Southeast.” The hogs are especially attracted to Weeks Bay during dry seasons, when they seek out wet Bay areas. Sometimes 20-25 hogs can be trapped at one time. When trapped, they must be destroyed, as it is illegal to transport feral pigs in the area. While 20-25 at one time may sound like a lot, such a trapping barely makes a dent in overall herd numbers. Phipps notes that the hogs are one of the worst threats to conservation in the area. “The hogs are very destructive, rooting up and destroying native vegetation. We try to catch a sounder (a group of older pigs) at one time if we can, to be efficient. The wild hogs introduce brucellosis to domestic animals, so they are detrimental in that way, too,” Phipps explains.

Part of the mission of Weeks Bay NERR is to recruit and assist outside research. Scientists and students from Mississippi State, University of Alabama and several other universities conduct field work at Weeks Bay. Recently, a new Weeks Bay internship has begun, with a recent University of Southern Mississippi graduate running the program. The NERR also has a citizen scientist volunteer program and welcomes ad hoc volunteers into a variety of roles. The volunteer program is called Weeks Bay Water Watch, and it gives citizen scientists a chance to monitor water quality in the Bay. Water chemistry, physical parameters, and E. coli counts are part of the data gathering.

The Weeks Bay NERR is part of the Alabama Department of Conservation and Natural Resources, Lands Division and a component of the NOAA National Estuarine Research Reserve System.  Weeks Bay Foundation (www.weeksbay.org) and Weeks Bay Volunteers provide many types of assistance and volunteers supported activities at the NERR.

In his 19 years at Weeks Bay Reserve, Scott Phipps has seen some changes. “Average salinity has increased due to changes in hydrology. We’ve also seen more drought and more flooding events,” he says. The urbanization of the area over time has also caused more run off from impervious surfaces like roads and driveways, causing more pollutants to enter the waterway. Changes have also occurred as land has gone from forest to being used for farming to becoming urban. Phipps stops short of attributing these differences over time to climate change, however. “We’ve only been gathering some of these data for around 20 years, so it’s too early to attribute what we’ve seen to climate change,” he says. The staff at the Bay continue to be enthusiastic about their everyday work. Eric Brunden, stewardship coordinator for Weeks Bay NERR, says one of his favorite things about Weeks Bay is its variety. “While some of the monitoring we do is routine, the Bay changes all the time and it’s enjoyable to watch,” he says.

“The Bay is great,” says Phipps. “It’s also fun to interact with the graduate students as they learn about it.”

“I highly recommend everyone to visit their local NERR, if they’re lucky enough to live near one. Get involved!” says Shelton. “It’s one of the most rewarding things you can do.”