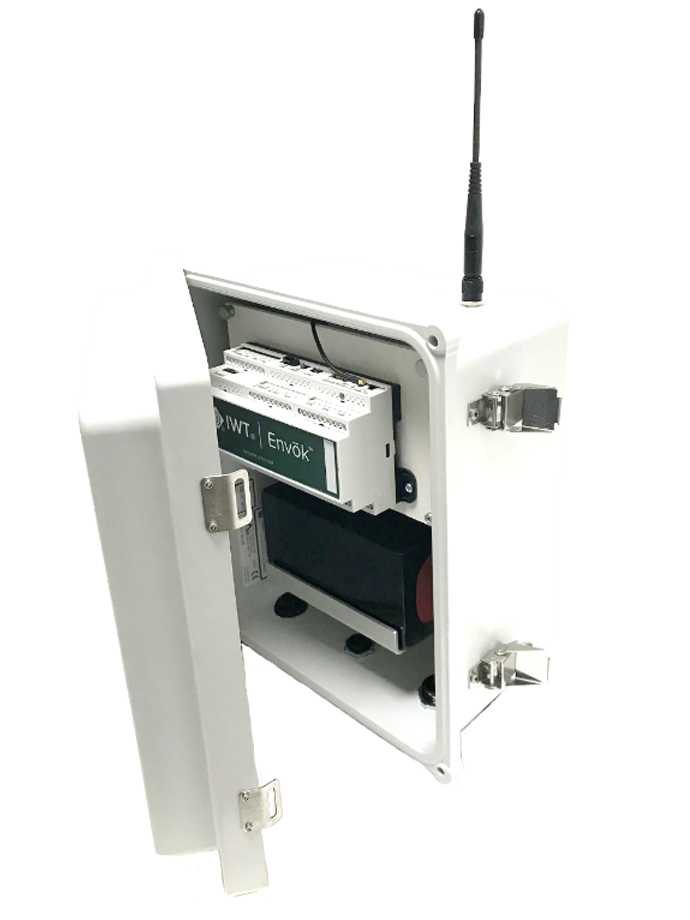 For scientists working in the field, monitoring for data isn’t enough—you have to get that data back. This is of course true, no matter how sophisticated a real-time monitoring solution is. Recent testing of a wireless mesh environmental sensing network at Virginia Tech reveals a promising new option for this kind of problem, and Innovative Wireless Technologies (IWT) principal investigator Matthew Fisher spoke to EM about the testing and the network: Envōk.

Since 1997, Innovative Wireless Technologies has been developing wireless products that use 900 megahertz radios in mesh networking technologies.

“We have protocols and products all built around this frequency band, and a very robust wireless mesh network,” Mr. Fisher describes. “We produced a phase one proof of concept integrated environmental quality sensing system (IEQS) with Virginia Tech that is ideal for scientists doing hydro-biogeochemical research. It worked well, and we have now developed an entire product line partnered with Virginia Tech and Pacific Northwest National Laboratory.”

With the proof of concept done in the project’s first phase, the team put together a proposal for phase two based on their research into what field scientists need, and how to engineer a product around those needs.

“The first evaluation testing phase is at Virginia Tech, and they are evaluating the system as we designed it,” states Mr. Fisher. “They’re looking for problems, improvements, and evaluating it from a scientist’s perspective. They are providing some of that feedback now as we’re buttoning up the final product, and in March we will be deploying a number of devices along the Columbia River at the Hanford test site. We will be monitoring ground and river water for nitrate, and some other parameters.”

Because Envōk removes many typical engineering and IT support needs that scientists grapple with daily, there is a broad range of potential end-users.

“’How do I connect these things up? What happens when I put it in the ground? How do I get the data?’ That type of thing,” remarks Mr. Fisher, explaining the sorts of questions the tech eliminates for users. “Envōk removes a lot of the technical hurdles such as wireless radio configuration, server configuration, loggers, and scripting.”

The system is also highly scalable.

“Using a single data gateway point, it scales from a few nodes to hundreds of nodes,” comments Mr. Fisher. “The gateway has either a secure cellular or Ethernet data connection to an Envōk server, and up to a thousand nodes might be deployed there, each with more than one sensor probably, and a lot of data going through the gateway. But you don’t need a unique cellular connection for each device as long as they’re within range, and the typical range is a kilometer—up to 20 miles or so with the proper antenna and height.”

Specially designed for remote environments where researchers need to monitor and collect a number of data samples from each location and model that data later, the mesh network with a single data communication point transmits in real time back to the server.

“Scientists can either use the server software interface to view the data, or they can download it programmatically from the server,” remarks Mr. Fisher. “It accommodates all of the typical requests from users who want to access data and prefer to write their own program, to those who want to access the data in a CSV file or see it in a web browser or on their smartphone.”

Ultimately, the team hopes the device will save users time, effort, money, and even keep them safer. 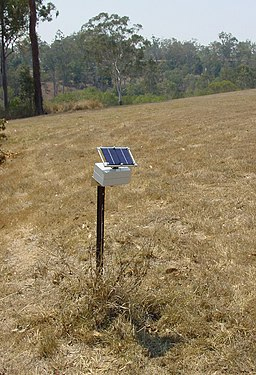 “Within the DOE, groups that monitor superfund sites need technologies that can monitor remote locations over a long period of time. Others need to monitor multiple locations at a wastewater treatment plant or a reservoir, and it’s easier to deploy battery-powered devices than it is to run power to them all. Really, Envōk can be used in any situation where getting data from a logger is laborious.”

“It takes time and it’s a safety issue for people to be on the road, to go out and get the data, and bring it back to analyze it,” adds Mr. Fisher. “Sometimes you discover that something happened to your logger months ago, and the data you’ve been getting has been corrupt ever since. Many scientists doing studies want to model data in real time and want lots of data from when the environment looks a specific way. They can use a system like this to avoid paying lots of cellular data back-haul costs to get their data back.”

To ensure the device works for more users, the team designed it to be responsive to user demands.

“There are measurement schedules in the system based on user configuration,” explains Mr. Fisher. “For example, let’s say there’s a high powered sensor you only want to run several times a day unless a water level gets to a certain height, and then you want to start taking samples every 10 minutes. The node will manage the power sources and sampling based on your configuration, so it reacts to environmental conditions in that sense.”

The device also sends notifications when thresholds are crossed or certain conditions—called site rules, which the user builds out—are met.

“The power issue is one of the main things that we looked at, and we have a low power device,” says Mr. Fisher. “On the mesh network, a logger is called a node. This node has four isolated SDI-12 ports on it, so if one sensor on one port fails, it won’t catastrophically damage the data for the others. It’s got many other interfaces, like 12-bit analog inputs, 24-bit analog inputs, counters, Modbus, RS-232, and GPS, on this one device as well. So you can connect and manage, for example, seven different sensors and, with SDI-12, that even includes multiple sensors per port, and it’ll manage all of those based on user configuration.”

“For example, if you have a humidity sensor and a temperature sensor somewhere in the field, you might want to produce a dewpoint piece of data, and you can configure it to produce that data when the samples are taken,” remarks Mr. Fisher. “I think this is a novel product because it does react to the environment. If you know that you’re looking for certain triggering conditions for other devices or sampling times, this system provides that capability.”

IWT is hoping that the ease of use of the product will be one thing that sets it apart, even for technical users.

“It’s also a first-class wireless product, not an add-on module with the configuration issues and other difficult problems that come along with that,” adds Mr. Fisher. “These wireless mesh networks, you literally turn on the node and if it’s in range of one of the other nodes, it automatically works and you know how. You don’t have to do any pre-planning; if you turn it on in range of other nodes, the mesh network forms itself. It really makes deployment easy for a lot of people.”