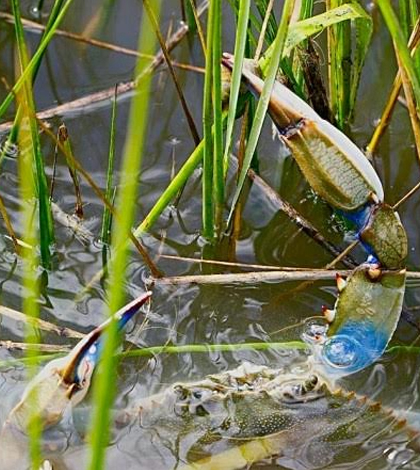 According to forestry science, planting trees and plants farther apart gives less space for competition so that the individual plants can thrive. The same practice is used in conservation efforts of marshes in Florida and the Netherlands. However, after 40 years of limited growth in the area, a scientist at Duke University decided to try something different.

Brian Silliman, associate professor at the Nicholas School of the Environment at Duke, made a small configuration change, which yielded huge results. By simply clumping the plants close together, they are able to help each other survive the harsh conditions of the marsh.

The idea isn’t new, according to Silliman. Most of the academic literature states that plants work together better than they do apart in wetlands.

“We have a lot of ecological theory that shows when you have stressful conditions, in many cases, it can lead to the extinction or death,” said Silliman. “But if you form cooperative relations, under stressful conditions, positive interactions become more important than avoiding competition. If you plant two plants next to each other and they have high salinity, they help each other out. If they have to compete, negative interactions will be more intense.”

In the study, published in the journal Proceedings of the National Academy of Sciences, Silliman and his team found that this configuration helps plants grow twice as fast as they had in the past. This is big news for conservation efforts all across the globe.

The next step for Silliman is testing the findings on a larger spatial scale. He is currently working with six major marshes, three of which have the clumped configuration and three of which do not. He’s predicting the same results that his study found, and that the marshes will grow exponentially.

Silliman is also looking at other positive interactions that help restore marshes, such as the presence of predators like otters, sharks and crabs. What he’s noticing is that the more balanced the predator-to-prey ratio is, the more likely it is that the plants will survive. This is because the prey are contributing to the degradation of the marsh.

For example, blue crabs feed on marsh periwinkle snails, which feed on the grasses. So the more blue crabs there are in a marsh, the fewer snails there are, ultimately protecting the marsh.

“No matter how many you plant, if you don’t have the predators there, the plants are going to die,” said Silliman.

The work Silliman and his team are doing is making big strides in conservation efforts.

“It’s becoming more and more of a viable strategy,” said Silliman, “and it has shifted from a strategy to engage the public to looking at it in a business way and generating a bigger yield of the crops that we are interested in.”

Silliman hopes to see this new method put into broader practice so that marshes everywhere can be made more resilient.