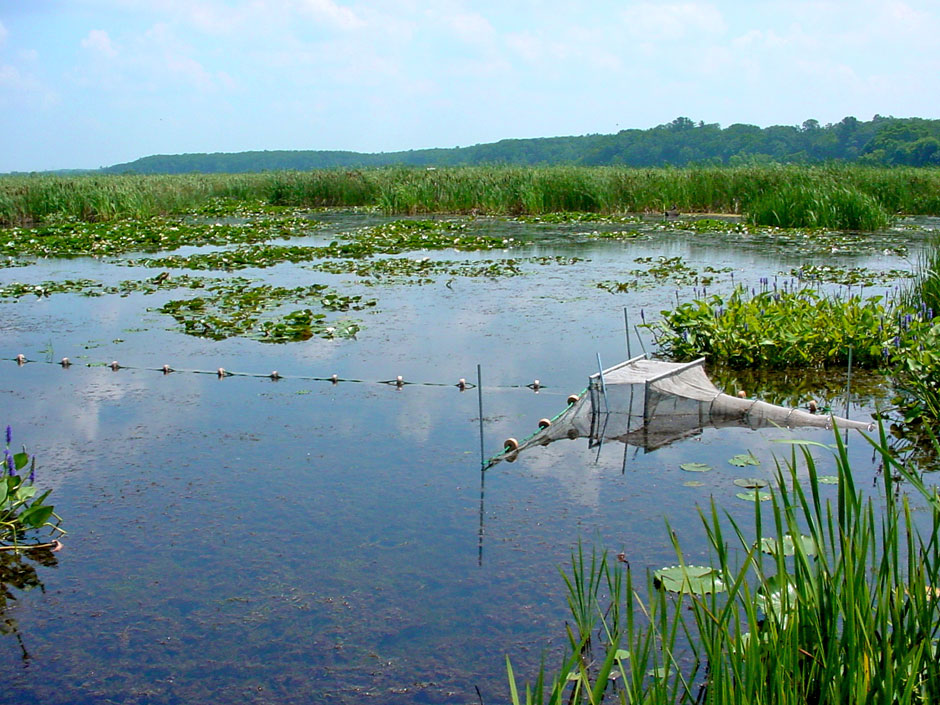 The public knows much more about Great Lakes coastal wetlands than it did ten years ago.

In those ten years, the information gathered through the Great Lakes Coastal Wetlands Monitoring Program has led to and supported dozens of advances in Great Lakes science while helping nail down the shifting nature of ecosystem health for a vital part of the Great Lakes system.

“I probably get one or two requests for information a week,” Don Uzarski, director of the program, told Environmental Monitor.

The program’s most recent semi-annual report lists 40 scientific publications using the collected data. In addition, the data has been used in even more restoration projects, graduate theses and presentations.

Although the coastal monitoring program is wrapping up its tenth year of monitoring, its roots go back farther.

In the 1990s, the international and interstate nature of the Great Lakes meant that two nations, a province and eight states were involved in monitoring the region’s wetlands and developing necessary protocols. A patchwork of monitoring meant that no clear, unified look at the Great Lakes as a whole was available.

“Everyone was doing something different,” said Uzarski, who is also the director of the Institute for Great Lakes Research at Central Michigan University. 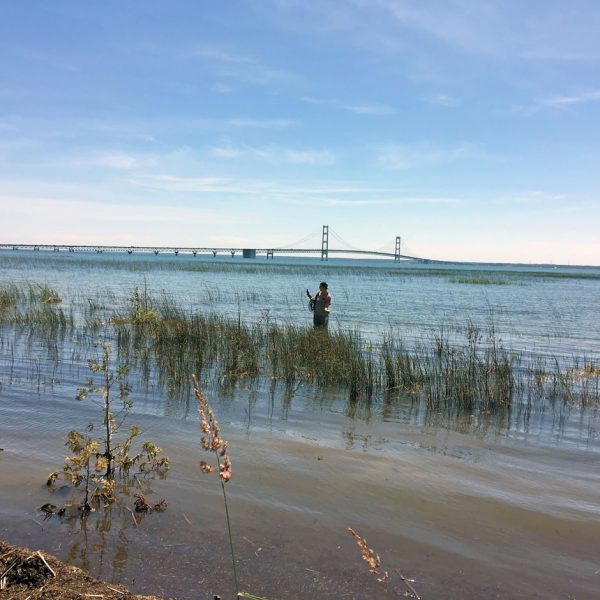 “In 2008, we finally finished all of that work and had these protocols using water quality, chemistry, physical measures, plants, invertebrates, fish, amphibians and birds,” Uzarski said. In 2009, the Great Lakes Restoration Initiative (GLRI) made monitoring the Great Lakes’ wetlands a possibility. Uzarski won GLRI funding—$10 million for five years—and now heads the program.

Wetlands are dynamic ecosystems that require complex monitoring protocols. Researchers at over 10 partner institutions around the Great Lakes basin undergo yearly training and retraining before collecting samples. After training, teams measure water quality and count fish, birds, amphibians, plants and invertebrates at nearly 250 wetlands throughout the basin each year. This unified approach has led to a deeper understanding of this ever changing ecosystem.

One of the splashiest findings the program has made is the larger than expected range of the invasive faucet snail. Faucet snails bear parasites that kill certain waterfowl when ingested. In one instance, these parasites killed nine thousand coots and scaups over two years in a Minnesota lake.

Beyond the headlines it garnered (more than 40 nationwide), the finding showed the invasive snail was much more prevalent around the basin than previously known.

It raises questions about bird die-offs in those areas and whether or not they were faucet snail-related, Uzarski said.

The program has increased understanding of invasive plants, fish and animals in similar ways. The surveys illustrated that invasive plants and threatened native plants frequently inhabited the same places. They better-defined ranges for invasive and native species while helping researchers define wetland characteristics that helped those animals thrive.

“We’re adding to databases all over,” Uzarski said.

More than 1,000 wetlands are in the monitoring program. The program is limited to wetlands of at least four hectares and with a surface water connection to the Great Lakes. There are far more wetlands in the Great Lakes basin, but these limits keep the program manageable, Uzarski said.

Dynamic ecosystems difficult to pin down

Because they are, by definition, transition zones, fish, plant, amphibian and invertebrate populations can vary from one end of a wetland to the other. Water quality can shift, too.

Wetlands change from year to year. In recent years, elevated Great Lakes water levels that have eroded beaches and threatened shoreline homes have inundated some wetlands to the point that monitoring procedures that worked years ago need to be updated. 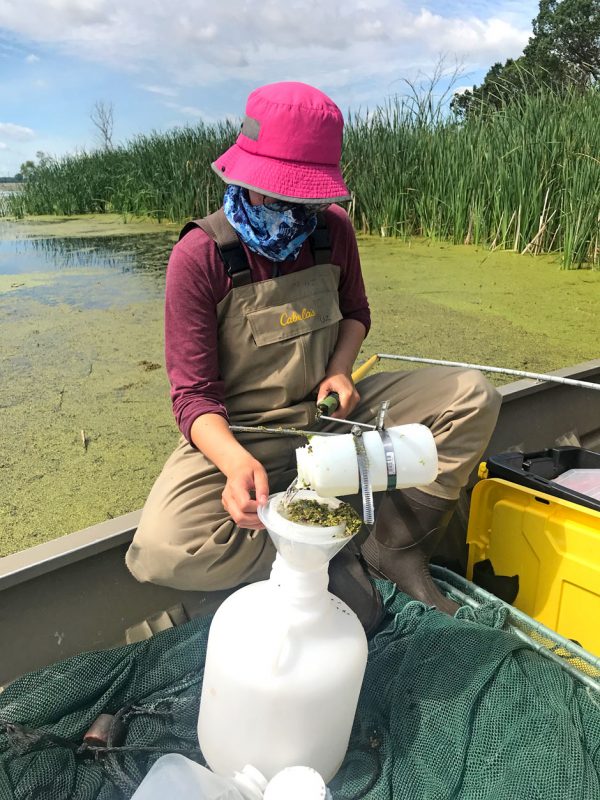 The fish traps the program uses, which accurately gauge fish populations in one meter of water, can’t be guaranteed to be accurate in two meters of water, Uzarski said. That means updating the protocols established at the beginning of the program.

The Great Lakes’ wetlands are also dynamic as a result of human impact. While the monitoring program tracks harm from human impacts—pollution and the resulting decline in water quality, for example—the information can also serve as confirmation of wetland restoration success, Uzarski said. Click To Tweet

Monitoring provides baseline measures of health before restoration efforts and confirmation of success after the fact. The program’s most recent semi-annual report discusses dozens of requests from groups working to delist areas of concern, conservation organizations and government entities.

In the St. Louis River area of concern between Duluth, Minnesota, and Superior, Wisconsin, the program has provided monitoring and data to facilitate planning restoration actions, identify degraded wetlands and decide what restored habitat should look like.

The Great Lakes Coastal Wetland Monitoring Program is used to dealing with a dynamic subject. But a global pandemic has, once again, changed the way it monitors wetlands.

The pandemic forced annual training online, Uzarski said. And it also changed the way monitoring trips were carried out.

Some sites, like those in downtown Detroit, were slated for monitoring at a moment when Detroit was experiencing one of the largest outbreaks of Covid-19 in the country. Uzarski said he had his teams skip those sites this year. 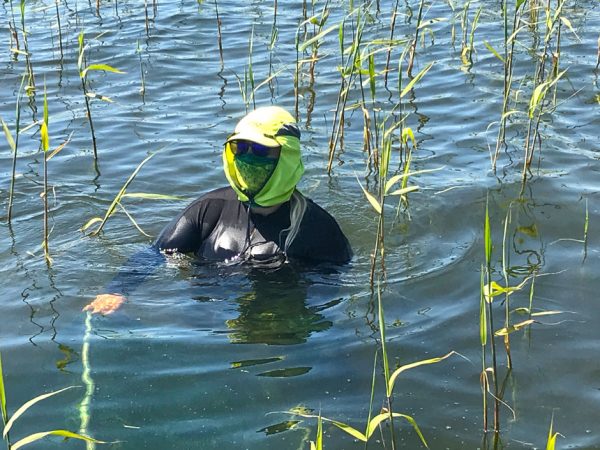 A closed border between the United States and Canada has kept American researchers from accessing certain Canadian sites. In some cases, other Canadian teams have been able to carry out the work, but it usually includes longer travel times.

Even at accessible sites, monitoring is a more onerous ordeal.

“We’d have to do skeleton teams of two people, put them in separate vehicles, keep them six feet apart on a boat, wear a mask and personal protective equipment,” Uzarski said. “We’re getting around these things but it’s much more labor intensive. It’s harder on our field crew.”

“It made the work much, much more expensive,” he said.

In 2020, monitoring operates on the same budget it did in 2010. Rising costs and additional Covid-related expenses means, overall, the job is harder to do with $2 million per year than it was ten years ago.

Even with these challenges, Uzarski stands behind the science he and his partners are conducting. He says it wouldn’t be worth the effort if the science wasn’t good.

“The quality is absolutely there,” he said. “Poor science is more dangerous than no science.”