Amazon trees can’t “breathe” up carbon as well during drought 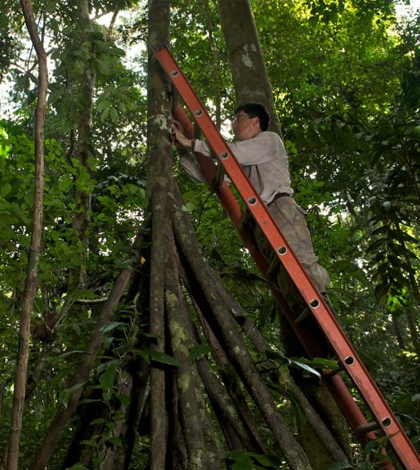 An international research team has shown that trees in the Amazon basin have trouble “breathing” during drought conditions, according to a recent press release from the University of Oxford.

Although the growth rate of the trees seems to be consistent whether the trees are in drought conditions or not, the “breathing” of the trees — that is, their photosynthesis which pulls in carbon and gives off oxygen — seems to be much diminished in the drought-afflicted trees.

The research team measured the leaf production, new root growth and carbon dioxide uptake. The team found the trees responded to drought stress by keeping their growth rate the same, at the expense of their rate of photosynthesis. The result was a drought-stricken tree that achieved the same growing rate as a normal tree, but at the cost of the tree’s general health. The limited energy of the tree during drought was automatically channeled into its growth, meaning less energy to use for carbon uptake.

Trees in Peru, Bolivia and Brazil were used in the study. The study’s data confirms results of a previous study utilizing drought data gathered by airplane on Amazonian forests.