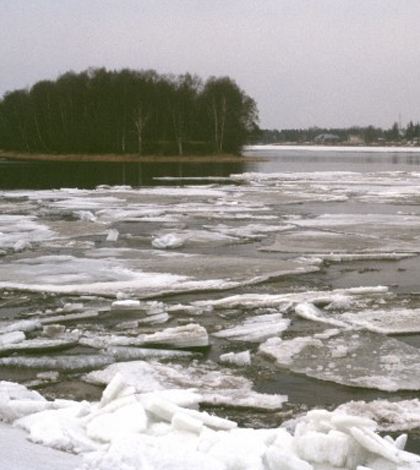 Data taken centuries ago on two bodies of water, Finland’s Tome River and Japan’s Lake Suwa, show some of the same early signs of global warming.

The data taken by Finnish merchants and Japanese Shinto priests, respectively, showed trends of later ice formation and earlier spring thaw accelerated following the onset of the Industrial Revolution, researchers from York University and the University of Wisconsin report.

The Finnish records of the Tome River date back to the 17th century and the Japanese records of Lake Suwa date back to the 15th century. The citizen scientists recorded data for different reasons: Finnish merchants used the data to track the state of the river for trade, transportation and fishing. The Japanese Shinto priests, on the other hand, used the data as a means of observing a legend concerning a male god traveling over the frozen lake to meet a female god in her shrine on the other side.

The data collection as a whole is believed to constitute the oldest inland water record in human history.