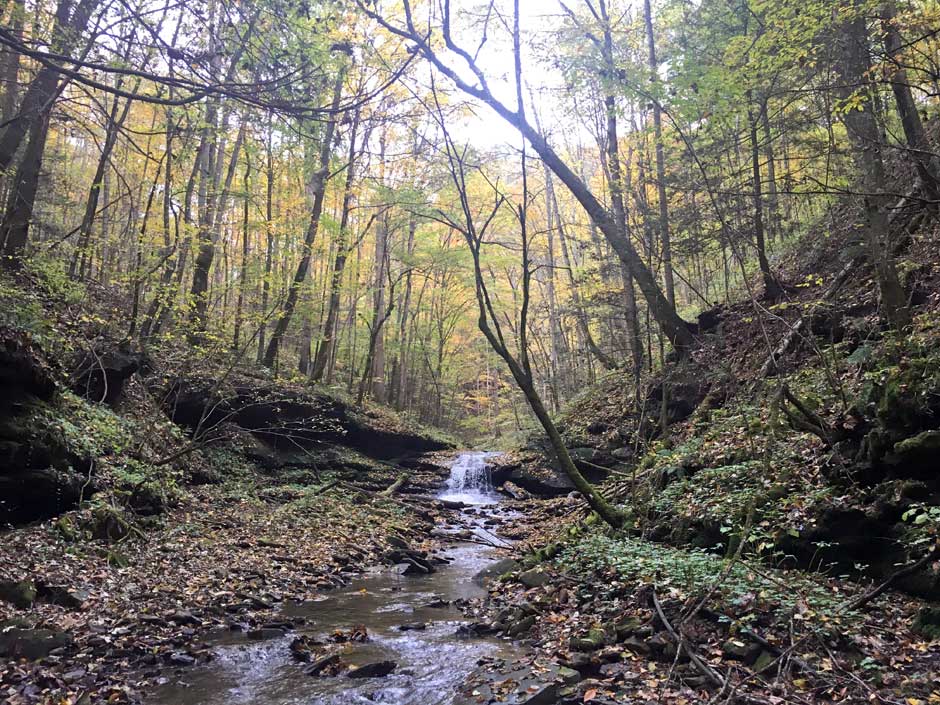 Streams in Appalachia like this one experience water quality effects from mining, years after nearby mines close. (Photo Credit: Thomas Cianciolo)

Appalachia may be as closely associated with mining as it is to anything else. That close relationship will leave its mark on the area’s streams long after the last mine closes.

A nine-year study recently published in Science of the Total Environment shows that long after mining activity stops and the land is left to heal, streams and stream life are slow to recover.

“We could be really fine point and say that some of them seem to be recovering very, very slowly,” said Carl Zipper, professor emeritus of environmental science at Virginia Tech University. Most of the streams studied didn’t show signs of recovery.

Zipper is part of a team of researchers who have studied a group of 18 mining-influenced streams since 2011, watching how levels of contamination and insect populations respond to the closure of nearby surface mines.

The researchers found that it could take 25 years for contamination in streams impacted by surface mines to reach levels acceptable under the Clean Water Act. It could take 40 years for them to reach water quality levels of streams… Click To Tweet

These schedules could be highly variable. Streams might take much longer to heal.

There could be hundreds, if not thousands, of Appalachian streams contaminated by runoff from coal mines, Zipper said. And surface mines are particularly adept at contaminating mountain streams.

In surface mining, miners dig an open pit or remove stone from a mountain to access the valuable substance below. Mountain top removal is likely the most widely known type of this mining.

When the mine is closed, the unused rock that was dug out is used to refill the mine and the landscape is left to heal. Where before, rainwater would run off the mountain into a stream, it now filters through the newly porous mountainside before washing into the stream. This disturbed landscape exposes the water to much more of the mountain than before. Any harmful substances previously locked away in the rock are now exposed and likely to wash into streams.

In laboratory experiments, water running over rocks like these did eventually wash away the harmful elements and reach healthy levels, Zipper said. Following the recovery rate found in lab experiments, the mine-affected streams in Appalachia would recover in 40 years. The real world doesn’t act like a laboratory though, and the streams could take much longer.

“Our knowledge of basic geochemistry tells us they must be recovering,” he said, “but with some, the recovery was not detectable.” 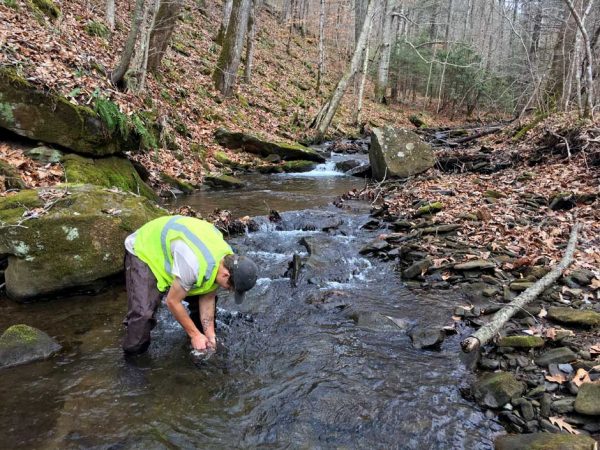 The researchers tracked levels of various salts in the streams—their salinity—by measuring specific conductance. The salts in question aren’t table salt, but salts more commonly associated with coal mines: those made of sulfate, bicarbonate, magnesium or calcium. Mines around the world increase salinization in streams to similar effect, though the salts in question could be different, Zipper said.

Sensors monitoring conductance were placed in the streams and a measure was recorded every 15 or 30 minutes over the course of the eight years.

That long, thorough record of salinization revealed in some streams that slow crawl toward health could take decades. Because Appalachian streams have very low natural levels of salinization, the return of sensitive aquatic insects and other indicators of stream health could be slow to return.

The importance of macroinvertebrates

Though macroinvertebrates are small and easy to miss, they play a large role in their ecosystem.

“They’re indicators. They’re the base of the food chain,” Zipper said. Any decline in their population could have ripple effects downstream and up the food chain.

Zipper noted their  role in feeding larger species and in breaking down organic material, keeping the stream free of clutter.

These insects need to pass water through their external membranes to keep their body functioning. Saltier water makes that process more difficult and can throw their internal chemistry out of whack. They can’t survive without the historically clean Appalachian waters. 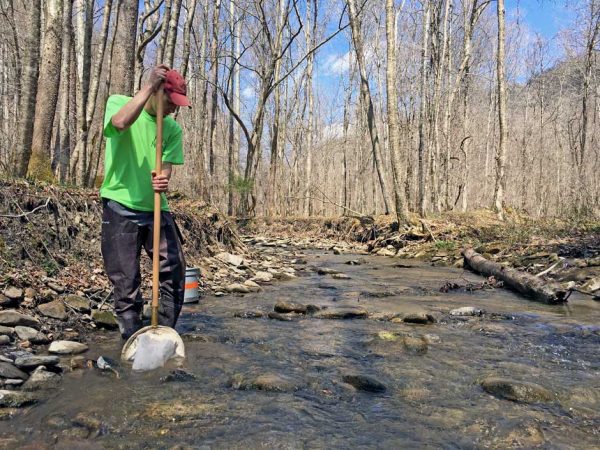 Researchers monitor streams for the effects of mining on Appalachian streams and the macroinvertebrates that live there. (Photo Credit: Thomas Cianciolo)

“The natural waters of the Appalachians are very dilute,” Zipper said. “They evolved to exist in very dilute waters.”

The team collected aquatic insects several times a year to track their recovery. Unsurprisingly, macroinvertebrates were slow to return to streams that had not become significantly less salty.

Beyond ecosystem health, there are legal considerations too. The Clean Water Act protects aquatic macroinvertebrates, and the streams aren’t currently at the benchmarks set.

The surprisingly slow recovery of these streams points to the importance of long term monitoring. Though eight years is a significant chunk of time, currently unanswerable questions, like how long it will actually take for a stream to recover, could be answered if the monitoring extended for years into the future.

“We have literally no idea how long it’s going to take,” Zipper said. The estimates put forward in the study are based on laboratory experiments that don’t necessarily correlate to real-world conditions. And, each mine and each stream are different, making it even harder to apply lab results.

“These surface mines are pretty significant landscape disturbances and they have pretty significant environmental effects,” Zipper said. He said there is “no doubt” the team hopes to continue the monitoring project for as long as possible. There are still a lot of questions to be answered about this very, very slow recovery.