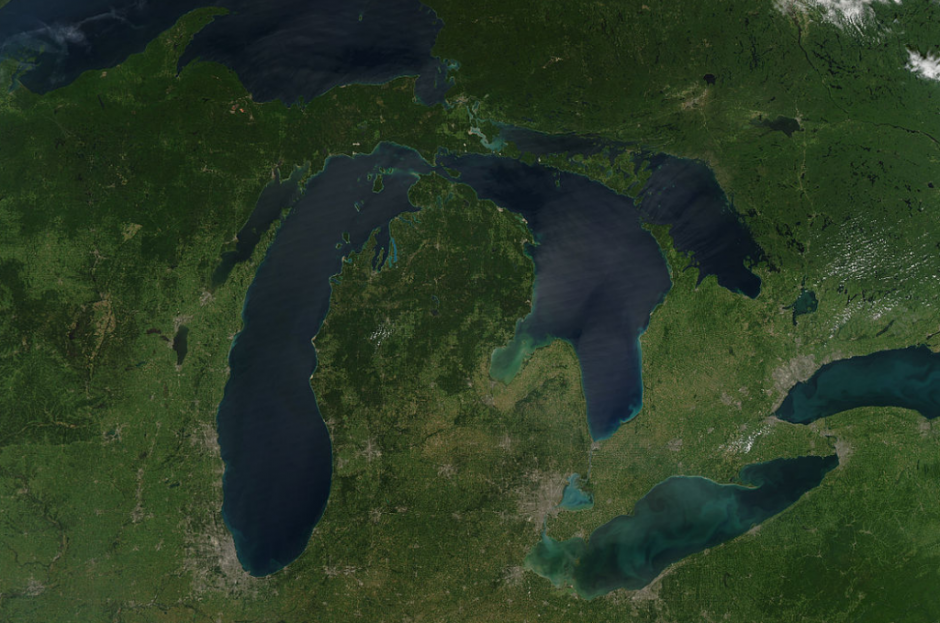 Fisheries managers and lovers of the Great Lakes have for years been concerned with the possibility of Asian carp finding a way in. They have even set up a number of electric barriers on the Chicago Area Waterway System to keep the fish out.

But a question still remains — Can Asian carp inadvertently make it through the barriers by “hitching a ride” inside the nooks of passing barges?

The notion is a troubling one for sure, as there seems to be little that can be done to stop Asian carp if such a weak point exists in the prevention system. And for some time, the notion has only been just an idea. There wasn’t much proof either way.

But now, thanks to a report from the U.S. Fish and Wildlife Service, we have a better idea of the Asian carp invasion risk that is posed by barge traffic. It is based on an investigation completed by scientists with the agency’s Carterville Fish and Wildlife Conservation Office.

The researchers have been undertaking large-scale, field-based evaluations of fish-barge interactions at the Electric Dispersal Barrier system in the Chicago Sanitary and Ship Canal since 2012. They have been acting following preliminary studies that suggested that upstream passage of the barrier system by barge traffic could potentially provide an opportunity for the simultaneous passage of fish. During 2015, the scientists conducted an advanced set of experimental trials that utilized freely swimming fish. These fish, hatchery-reared golden shiners, were marked and then released at various locations near a moving barge tow.

The behavior of the freely swimming fish was monitored with a high-resolution underwater acoustic camera as the barge tow traversed the Electric Dispersal Barrier system, navigated through various portions of the Illinois Waterway below the barrier system and underwent upstream lockage operations at Brandon Road and Lockport locks. Attempts were then made to recapture the marked fish at the conclusion of the trials.

Results suggested that small, freely swimming fish that encounter a barge tow moving upstream can become inadvertently entrained by the barge tow in a gap between the rake and box junction on the craft. Once entrained, a substantial portion of fish (32 percent) were transported across the entire electric barrier system and subsequently recaptured unharmed above the barrier system.

Additional trials also demonstrated that the fish could remain within the barge rake-to-box junction gap during upstream lockage operations and continue to move upstream with the barge tow following lockage.

Some trials examined upstream transport of fish over long distances while navigating real-world obstacles within the Illinois Waterway. The obstacles included other traffic, lockage operations and the electric barriers. In one test that incorporated all of those obstacles, fish were transported upstream more than 9 miles.

Do you think there’s a great Asian carp invasion risk due to barge traffic? How can we minimize the threat? Please consider leaving a comment to share your thoughts!