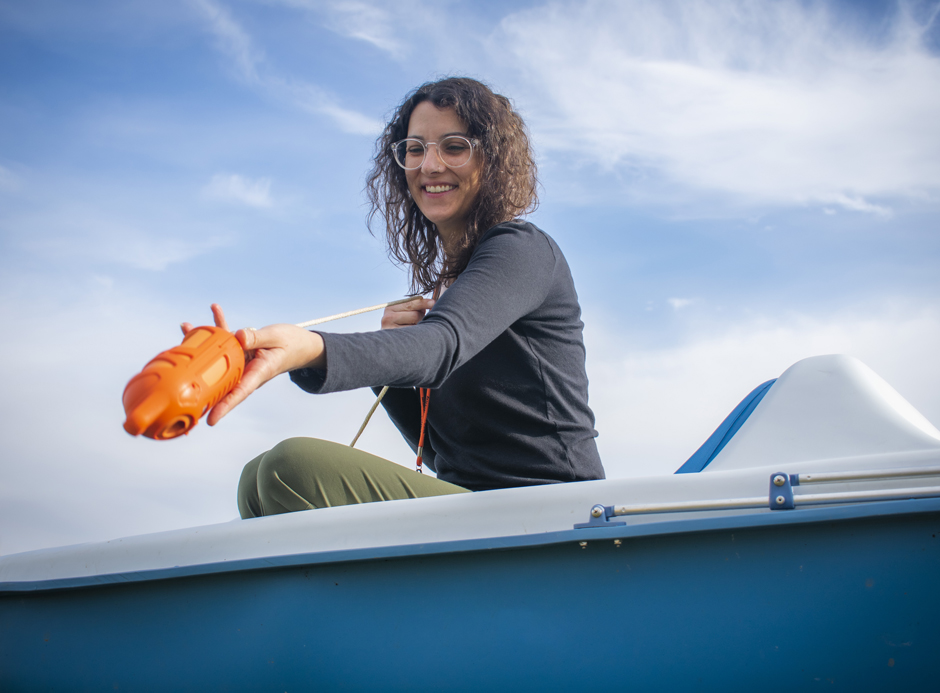 The Sontek CastAway-CTD is a castable device that measures conductivity, temperature and depth. The instrument has been used in the field for over a decade by oceanographers, limnologists, divers, fishers and educators. There have been few changes since the first iteration in 2010, showing that the instrument is durable and accurate without requiring new models.

The CastAway is the first conductivity, temperature and depth (CTD) instrument of its kind. While other CTDs are large and cumbersome to deploy, with cages and isolated sensors, the CastAway is a small, lightweight and easy-to-use instrument. Typical CTDs utilize pumps to ensure water flows over the sensors during deployment. The CastAway does not need pumps; the instrument incorporates features such as a six-electrode flow-through conductivity cell and thermistors with high response times to obtain accurate readings during the cast.

Deploying the CTD is relatively simple to do from a boat, dock, bridge or pier. Lowering and raising the unit through the water can be done by hand, using a reel or fishing pole. Just secure the CastAway to one end of the line, and to ensure the device is not lost during the cast, secure the other end of the rope to a fixed location.

The CastAway kit comes with all the tools needed to get started, so there is no need to purchase additional accessories upfront. The unit includes:

The three magnetic stylus pens help cut out time searching for replacements and spares at every deployment. The included Bluetooth adapter is used to make a wireless connection with the CastAway, so downloading and configuring the unit can be done in the field with a PC. A USB flash drive is also included with CastAway software and documentation preloaded. 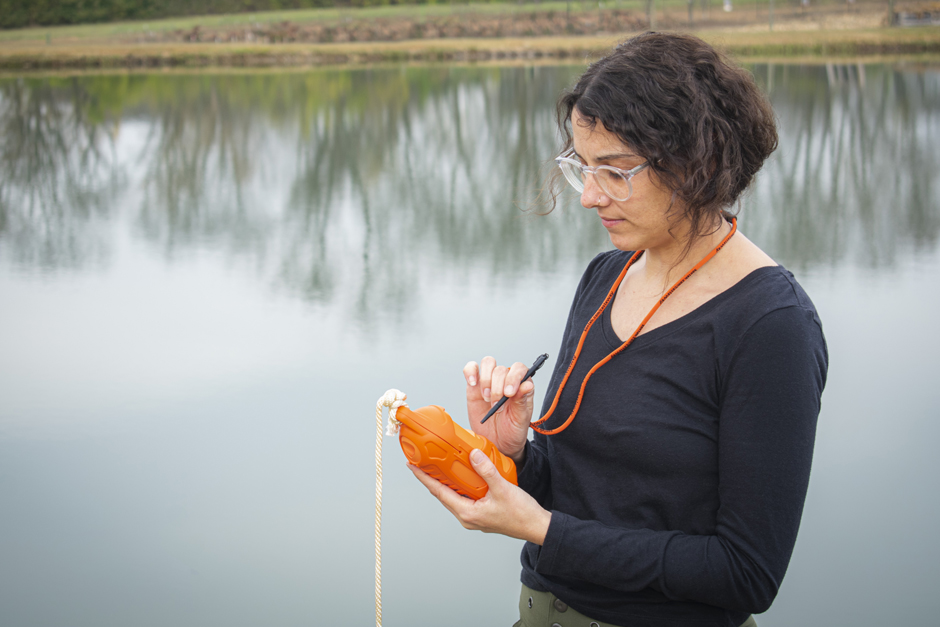 The CastAway-CTD outputs both measured and derived parameters. The internal sensors measure temperature, conductivity and pressure. Depth, salinity, density, sound speed and specific conductivity are derived using a series of known equations such as the International Equation of State for Seawater (EOS-80) and Practical Salinity Scale (PSS-78).

The internal thermistors are highly-accurate sensors that measure the change in temperature by measuring changes in resistance and are calibrated to the ITS-90 standard. With fast-response sensors (less than 200ms), the CastAway can capture an accurate temperature profile in a single cast.

While ‘depth’ is a reading output by the CastAway, the actual measurement taken by the device is pressure. The pressure sensor, located inside the flow cell, collects data that is internally calculated into depth. The CastAway measures gauge pressure, which is a measurement that has been adjusted to consider the atmospheric pressure effects on the water level. This calculation also utilizes GPS data collected during the cast to better calculate depth in environments up to 100m.

The CastAway measures conductivity using six conductivity electrodes housed inside the unique flow-through cell. What makes the CastAway’s conductivity sensing different is that within the flow cell, two probes generate an electrical current while the other four probes measure the resistivity of the water in the cell. This allows for accurate conductivity profiling with depth while the instrument free-falls through the water column.

The CastAway-CTD takes measurements at a rate of 5Hz, free-falling one meter per second, collecting data all along the way. This measurement rate allows for finer spatial resolution during deployment and means that parameter differences can be detected on a length scale of 40 cm (0.4m).

Salinity measurements are important in coastal research, where saltwater intrusion is common. However, salinity cannot be directly measured. Instead, it is determined by using temperature, pressure and conductivity measurements using the EOS-80 equation with reference to the PSS-78. Calculating salinity in seawater requires measuring the amount of ions in the water. This correlates to electrical conductivity, which can be measured.

The instrument calculates the sound speed and density using temperature, salinity and pressure measurements. Speed of sound is useful in applications where acoustic data is collected, like in bathymetric surveys.

The integrated GPS receiver logs latitude and longitude data along with other parameters. Each data point along the profile will have associated coordinates, making data management even simpler. The GPS is also responsible for maintaining accurate date and time data (also known as timestamping data), which can be critical when managing datasets from multiple locations and dates.

Viewing data in the field is clear with the integrated LCD screen and color display. Status icons displayed on the top of the screen include GPS, battery, Bluetooth and recording status. The time and date are located along the bottom of the screen.

The software for the CastAway is both a data display and post-processing program that can be downloaded from Sontek’s website or the included USB drive at no additional cost. The software gives the user the ability to view, analyze and download deployment data in addition to configuring the instrument, upgrading firmware and managing raw data collected by the CastAway. The unique map feature displays each cast on a map both online and offline, with the ability to import user maps as well.

The Sontek CastAway CTD is integrated with the HYPACK bathymetric software. This allows for more options in post-processing for bathymetric surveying and acoustic surveys. This integration has improved the ease of collecting sound speed profiles by making the process as simple as a click of a button.

Uses and Types of Deployments

There are many different applications where CastAway data is needed. Water can be stratified by temperature when different parts of water are either exposed to the sun or hidden in deeper depths, creating a layering of the water called a thermocline. Limnologists can use the CTD to measure the points along a lake’s profile, noting changes in temperature to monitor lake turnover and other phenomena relating to temperature in lakes.

Changes in salinity can impact local ecosystems in areas like the ‘Laguna de las Garzas’ which was featured in a case study from Sontek. Coastal scientists captured temperature and salinity data to better understand how quickly and aggressively these parameters can change at any depth within a single water column. Scientists used the CastAway to determine the structure of the water column so that when a local port was opened, allowing saltwater to enter the lagoon, they would have a clearer idea of the levels of saltwater intruding and where to expect them. 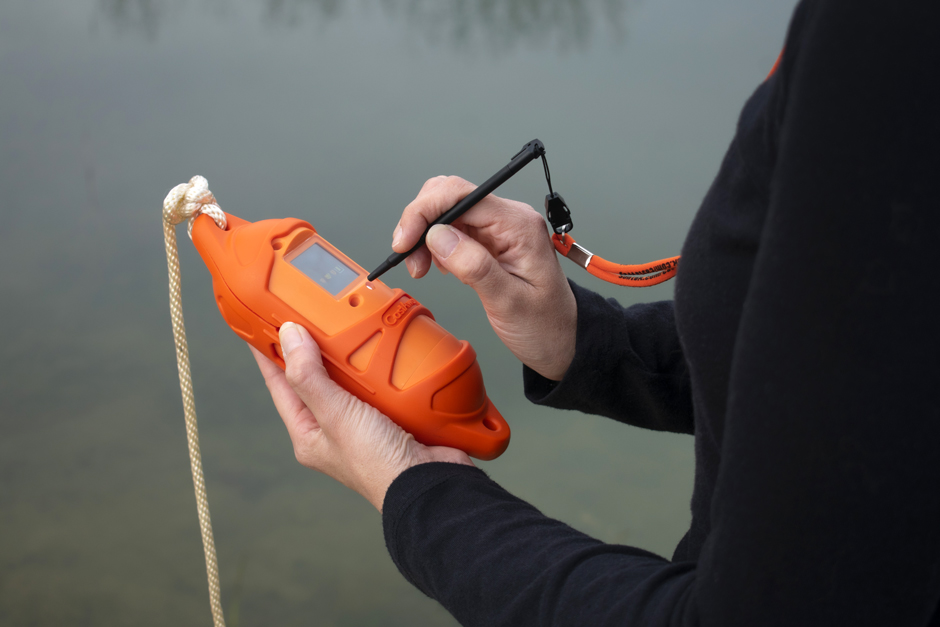 The CastAway CTD has been used in citizen science projects to help non-scientists easily capture profiling data to contribute to larger datasets. Researchers use the CastAway for indicating sources of differing water types, saltwater into freshwater or vice-versa. Understanding the changes that occur in river systems, estuaries, and lakes due to inflows or tides is important for understanding how water moves through a watershed, and where these changes occur in a water column.

Scientists from around the world use the Sontek CastAway and have been happy with obtaining quality data for years, the ease of use in the field and helpful mapping and post-processing data from a single instrument. Even the United States Army Corps of Engineers use the CastAway during projects that require monitoring and maintaining waterways. The USACE collects depth readings in over 300 miles of navigable waterways, ensuring the depth in the Atlantic Intracoastal Waterway is maintained.

Before taking the device to the field station for deployment, environmental scientists unboxed the equipment, made sure all of the components were present, and reviewed the included quick start guides so that there were no surprises in the field when beginning data collection.

Transporting the CastAway to  the field station for testing was relatively straightforward with all the items secured in the provided case. Tethering the CastAway to the boat was easily done and allowed the team to ensure the device was not lost. Connecting to the GPS satellite was quick and painless, allowing temperature and conductivity profiling to resume at the lake without waiting for a device to ‘warm up’ and configure.

Once back in the office, data from the CastAway was downloaded via the USB Bluetooth dongle to view the profiling data for the most recent cast on a computer to be assessed and shared with the science team. Getting accurate temperature, conductivity and depth profiles can be done simply and easily with the Sontek CastAway CTD.

Everything needed to get started with the SonTek Castaway-CTD is included with purchase. The size and ease-of-use of the CastAway-CTD make the device a top choice for limnologists, oceanographers and other researchers looking to obtain water profiling data.

Learn More about the CastAway-CTD: