Cleaning Oil Spills with Materials Inspired By the Salvinia Effect 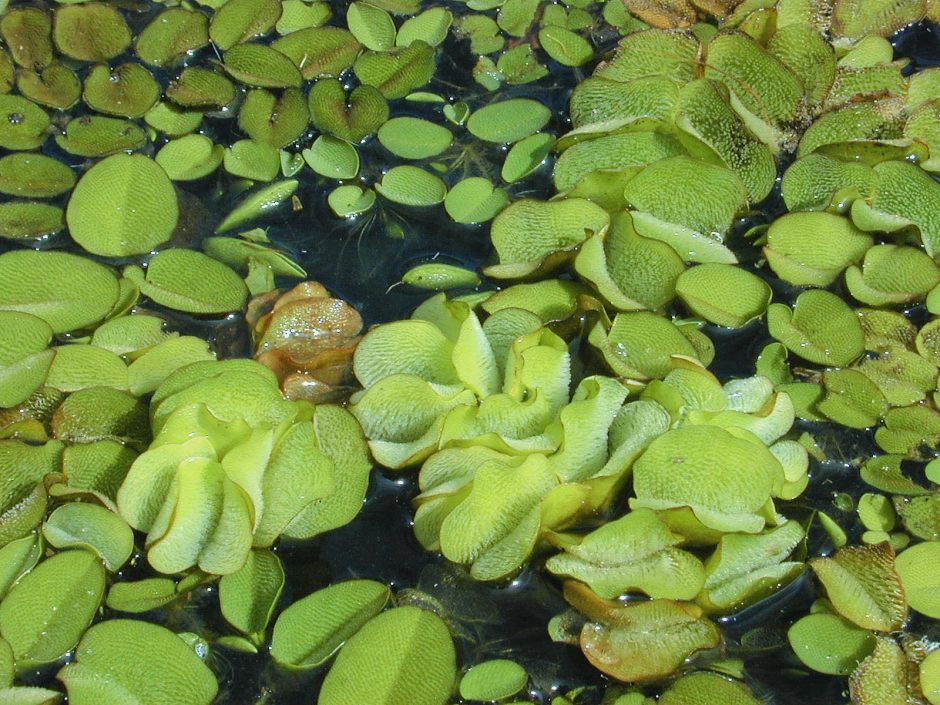 In our collective cultural mind, oil and water don’t mix; this is so well-understood that the oil and water comparison is a cliché. In reality, however, it’s not so easy to separate oil and water. This is a particularly thorny problem once oil has spilled in the ocean.

Scientists have clearly established that existing oil spill remediation techniques are woefully inadequate to their task. Containment is often the best decision-makers can hope for. For this reason, many researchers are searching for more effective ways to remove oil and other toxic substances from water. A team from the University of Southern California (USC) has recently created a new material for drawing oil out of water using a unique natural design as inspiration.

Chances are good that you’ve observed droplets of water beading on the surface of a Lotus leaf, or some other super-hydrophobic surface. These surfaces have inspired numerous materials, such as weatherproofing for vehicles and windows; a super-hydrophobic model is ideal for this application, because the goal is to prevent moisture from making contact and direct it outward and away from the coated surface.

However, for dealing with oil spills, the goal is more complex. The goal isn’t to wick oil away into the ocean, but to separate it, and “hold” it for removal. Associate Professor Yong Chen of the Daniel J. Epstein School of Industrial and Systems Engineering at the USC Viterbi School of Engineering corresponded with EM about how the research team approached the problem. 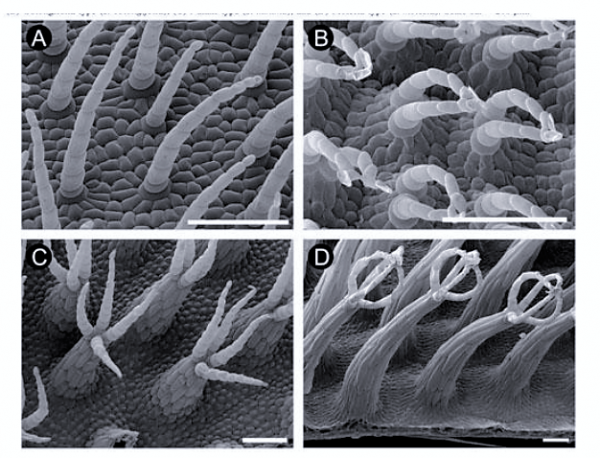 “The first inspiration comes from the dew on the grass leaf,” explains Professor Chen. “Later [my colleague Yang Yang, a postdoctoral researcher] searched recent research and found that the Salvinia molesta plant possesses the most powerful superhydrophobic property in nature.”

Although superhydrophobic plant surfaces such as those of the Lotus offer low hysteresis and very high contact angles, the air layers persist between the surface structures for very short periods of time. However, for the upper leaf side of the Salvinia molesta, those air layers often persist for months.

This difference in design is likely due to the unique needs of the plant. Its super-hydrophobic surface keeps it on top of the water, allowing it to access the air it needs to survive. If the plant sinks into the water, it dies. The Salvinia plant, therefore, evolved a mechanism that allows it to float, and its secret is on its super-hydrophobic surface.

The Salvinia plant maintain those layers of air and “holds on” to a substance in water by growing hydrophilic pin structures on its hydrophobic surface. The plant thus retains a stable layer of air, enabling it to hold and manipulate microdroplets. The USC team chose Salvinia molesta for research for this reason.

“On a superhydrophobic lotus leaf surface, the water droplet slips easily; that’s called the ‘lotus effect,’” Chen describes. “But for the Salvinia leaf, water droplets can adhere to the surface, and it’s harder for them to slip; we call this the ‘petal effect.’ We can control and manipulate microdroplets and the way they adhere to the surface by designing different numbers of eggbeater arms.” The “petal effect” is also known as the “Salvinia effect.”

Chen and the team have now mimicked the eggbeater-shaped hydrophilic pins of the Salvinia using 3D printing. The concept allows them to use droplet-based microfluidics in multiple applications, including one for removing oil from water in a spill cleanup situation. The droplet-based microfluidics tool can also be used in DNA sequencing, microreactors for chemical synthesis, microfluidic mixing, drug testing, drug delivery, and other applications.

While super-hydrophobicity isn’t unique to Salvinia, the eggbeater-shaped pins are.

The researchers successfully recreated the eggbeater microstructures using plastic and carbon nanotubes, arriving at a material with both super-hydrophobic and oleophilic properties.

It is the combination oleophilic and super-hydrophobic qualities that enable the material to generate capillary forces that separate oil and water with a high level of efficiency. Compare the lotus and the petal effect. (Credit: Screenshot, from video posted by Dr. Yong Chen)

“Inspired by the multiaxis CNC accumulation process, the immersed surface accumulation 3D printing system consisted of an optical system, a mechanical system, and a light guide tool changing system,” details Chen. “The material we are now using is a photocurable E-glass resin with carbon nanotubes added into the resin to increase the surface roughness of the composites. The higher surface roughness corresponds with higher superhydrophobic properties.”

Now that the researchers have created a prototype, they are working to apply the technology at scale for cleaning oil spills in the ocean. Along the way, they will hopefully develop other useful applications.

“Further research will lie in the fabrication of large area eggbeater structures for massive oil spill cleanup and oil water separation,” Chen comments. “Further study is required on the air retaining property of this eggbeater surface, so potential applications in anything from drag force reduction of ships, to robotics and swimsuits can be realized.”