Climate, nutrients and the future of hypoxia in a Chesapeake Bay tributary 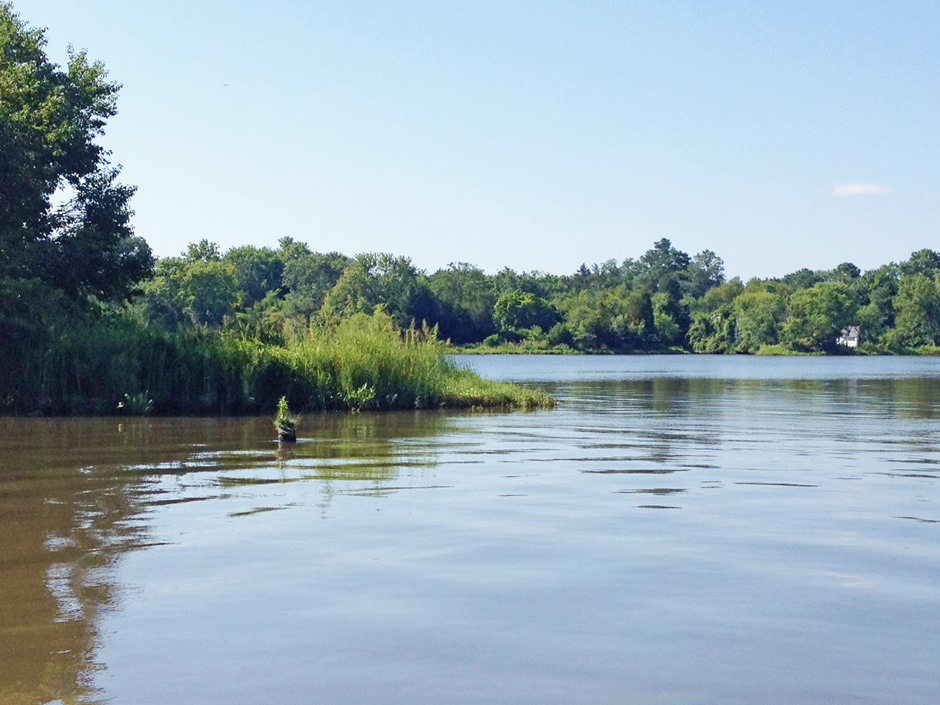 The Chesapeake Bay is the site of recurring seasonal dead zones: areas of low dissolved oxygen where aquatic life struggles to survive if it can at all. In 2020, a dead zone in the Maryland portion of the bay was one of the smallest since 1985, when record keeping began. The hypoxic area in the Virginia portion of the bay was smaller and briefer than many years previous.

But the problem isn’t gone yet, and looking forward, climate change will play a big role in determining the size and severity of dead zones throughout the bay. It could make it harder to get hypoxia under control in some places.

New modeling of one estuarine tributary in the Chesapeake Bay shows that climate change-driven warming of the estuary and the oxygen levels of the neighboring Chesapeake Bay may have a bigger role in driving hypoxia than nutrient reductions within the watershed.

Finding the factors that influence hypoxia

Hypoxic conditions often occur where rivers drain nutrient-rich water into a larger body of water. Those nutrients spur algae growth in surface waters, which consumes a lot of oxygen as it sinks to deeper waters, dies and decays. Because each estuary’s watershed, water movements, and vulnerability to external forces like winds and warming are unique, it’s hard to generalize among hypoxic zones.

The Chester River estuary on Maryland’s eastern shore was given a close look by Jeremy Testa of the Chesapeake Biological Laboratory at the University of Maryland Center for Environmental Sciences, and a team of researchers. They tested factors affecting hypoxia in forward-looking, idealized numerical model simulations.

The strongest effect came from the open-water boundary exchanges—the mixing of Chester River water with that from Chesapeake Bay. When water in the bay was richer in oxygen, hypoxia in the Chester estuary was reduced. Using the dissolved oxygen value for 2001, one of the best years for dissolved oxygen on record, Testa and his colleagues found that deep water hypoxia reduced by up to 50 percent. But in years when Chesapeake Bay had extensive hypoxia, the Chester estuary takes in these low-oxygen waters. 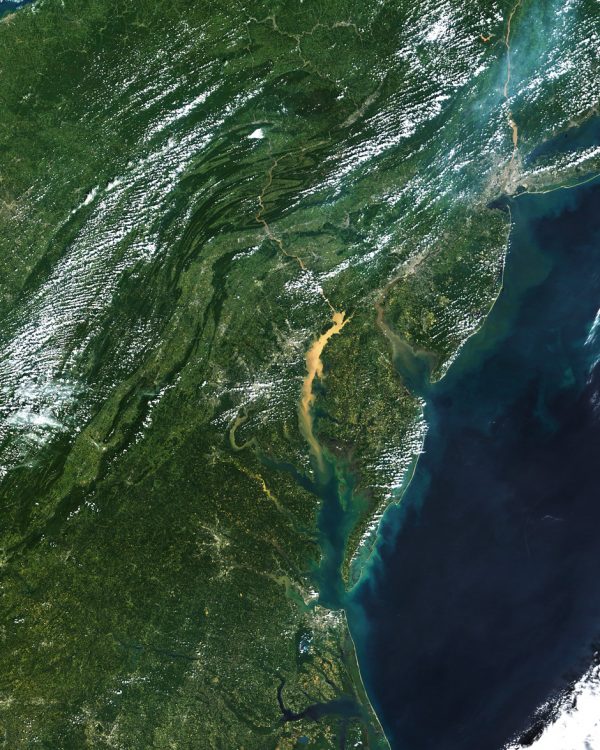 These two factors both had a stronger influence on the deep water hypoxia of the Chester River estuary than localized nutrient reductions. The model found reducing available nitrogen and phosphorus had only a negligible effect on the deep-water dissolved oxygen levels.

These findings point to the challenges of global warming and the importance of improving conditions for the whole bay.

The full effects of changing climate on hypoxia in the Chester River estuary aren’t known, though.

“In Chesapeake Bay, the altered magnitude and seasonality of precipitation and sea level rise are also projected to change (along with warming), and the hydrodynamic response to these forces will have diverse and interactive impacts on circulation, phytoplankton productivity, and hypoxia,” the authors write in the study.

The Fourth National Climate Assessment predicts “increasingly frequent and intense storms, heavy precipitation events, warmer water temperatures, and a rise in sea level in the Chesapeake Bay,” all which could impact hypoxia in different ways.

Sea level rise could have many different effects on hypoxia in the Chester River, and most of these effects we did not address in our study, Testa said.

Climate change might change the ecosystem in other ways, favoring new species, altering the shoreline, and changing how water and nutrients are processed in the watershed.

While incidents of hypoxia nationwide increased by a factor of 30 from 1960-2008, according to the Fourth National Climate Assessment, it’s difficult to predict exactly how all the drivers of hypoxia will interact in the coming decades.

A surprising find about nutrient reduction

Any time you try to project future conditions, there’s a certain amount of uncertainty baked in, Testa said.

“These are kind of idealized simulations,” he said. “They’re not true projections.” 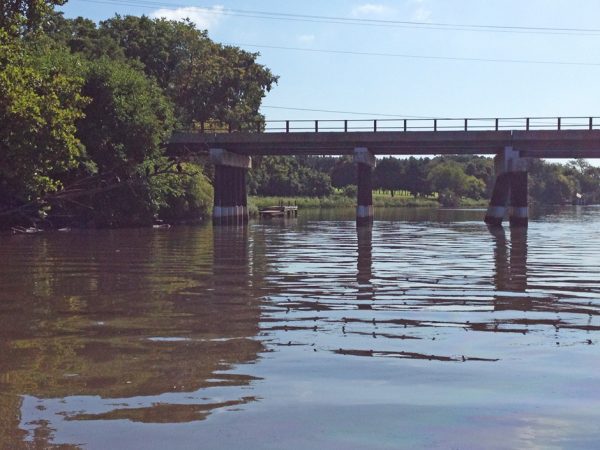 That means the relative importance of each factor could be different. While a fifty percent reduction in nutrient load didn’t significantly improve dissolved oxygen within the deep regions of the model connected to Chesapeake Bay, years from now, a larger reduction could prove to be an important part of improving conditions. Or nutrient reductions may have effects in other regions of the estuary that were not a focus of this study.

The authors were looking at hypoxia in the main channel of the estuary, which is about 18 meters (59 feet) at its deepest. An estuary like the Chester River’s also contains a bunch of smaller, shallower branches. The majority of the estuary has a depth of less than six meters (about 20 feet).

The shallower portions of the estuary can experience a diel hypoxia cycle. Here, shallower, nutrient-rich water can become hypoxic at night, but when the sun rises and algae again start photosynthesizing and producing oxygen, the hypoxia is relieved.

For this type of hypoxia, it’s possible that nutrient reductions would have a larger impact and Testa notes that he hasn’t done the appropriate monitoring and modeling to understand the effect of local nutrient loads on shallow-water hypoxia.

The fact that the Chester River estuary was so affected by oxygen rich water from Chesapeake Bay speaks to the importance of nutrient management on a basin-wide capacity. Click To Tweet

A basin-wide effort could pay local dividends for the Chester River.