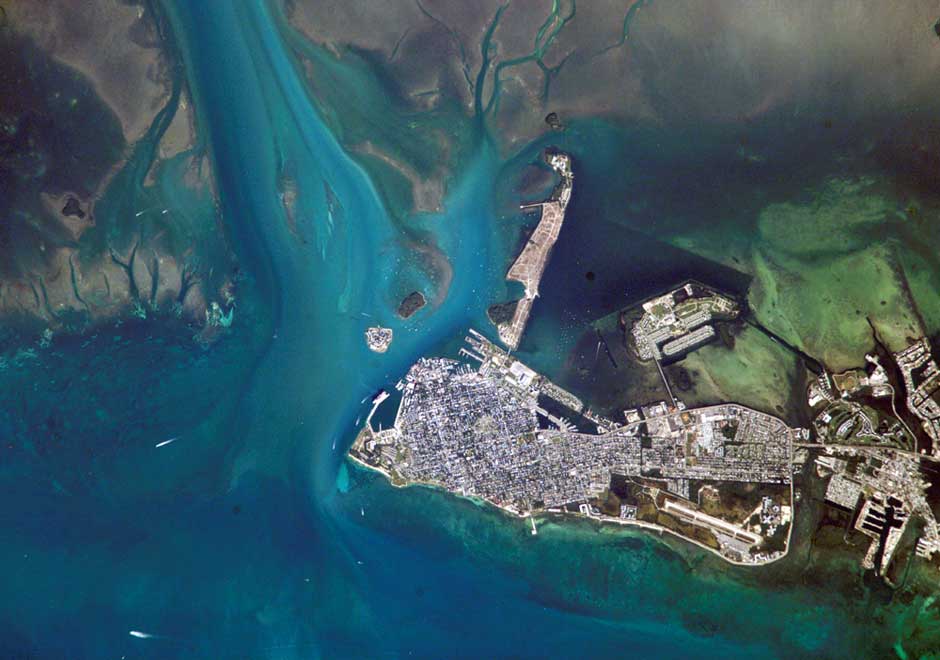 In the early days of the Covid-19 pandemic, there was a period of unexpected environmental optimism.

Wild goats roamed the streets of a town in Wales after its residents retreated indoors. Air quality improved in metropolises around the world. As shipping paused or slowed down, the oceans were quieter than they have been for some time.

Now research shows that water quality improved around Key West, Florida, during 2020, a year in which the Covid-19 pandemic kept people indoors and slowed boat traffic.

Henry Briceño first found out about the clearer water around Key West from locals who noticed a difference. So he decided to check those observations against the data.

“People were talking about improvements, but they were all anecdotal with no data,” said Briceño, a research professor at Florida International University who does EPA-funded water quality monitoring of the Florida Keys National Marine Sanctuary.

Researchers at Florida International University have been recording water quality data in the Florida Keys National Marine Sanctuary for 25 years. Briceño used that data as a baseline against which he compared 2020’s measurements. He looked at turbidity and water clarity as a way to confirm the anecdotal evidence from residents. In addition, he looked at dissolved oxygen, which is a key water quality measure that sustains much marine life.

North of Key West, none of the differences in dissolved oxygen or turbidity were statistically significant. Turbidity went up slightly and dissolved oxygen went down slightly. These waters are more nutrient rich than those around the reef.

It’s clear that something did change during 2020 and it’s evident in these changes, even if they are small.

“They are there. You can see the decline in turbidity,” Briceño said. 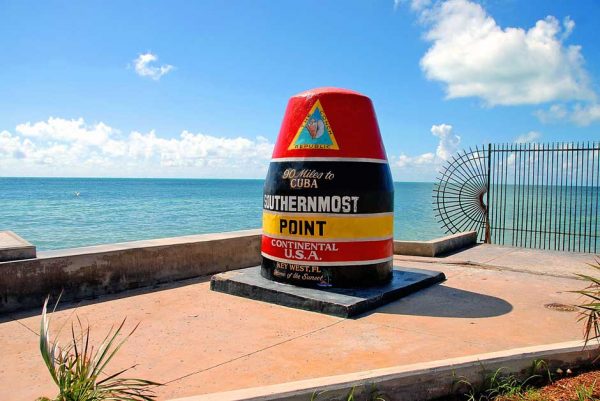 A possible explanation for the change in turbidity is the pause placed on the cruise industry by Covid-19.

In March 2020, the Centers for Disease Control and Prevention halted cruise travel in U.S. waters. That meant that cruise ships were no longer stopping in at Key West and possibly not churning up sediment and debris on their way in and out.

Key West residents already had environmental and other concerns about the cruise industry.

In fact, in the November 2020 elections, Key West residents put a capacity limit on cruise ships that are allowed to dock on the island. By excluding ships carrying more than 1,500 passengers, the city opted for smaller, less disruptive boats.

One resident told USA Today in November that locals were glad to put some limits on “unregulated cruising that has damaged our environment, hampered economic growth, and threatened public health.”

The city also voted to give preference to cruise companies with the best environmental and public health records.

The data from Briceño’s study comes from stations well off the lanes cruise ships use to get in and out of Key West. The closest station is a mile from the route. Others are about five miles away. It’s possible the difference would be more pronounced closer to the shipping lanes.

“Whatever change I am able to detect is probably pretty small compared to what I could see right around the city,” Briceño said.

In the immediate future Briceño will be gathering water quality data from cruise ship lanes around Key West while traffic is still low due to the coronavirus pandemic. That information will serve as a baseline for further research into the effects of cruise ships on nearby water quality.

Turbidity can cause problems for coral reefs, which the area surrounding the Florida Keys has plenty of. A 2005 report on real and possible impacts of the cruise industry highlighted turbidity and its impacts on water quality and the reefs. It can interrupt feeding, suppress sea grass growth and harm reefs. That’s in addition to challenges reefs face due to changing water temperatures that will only get more severe with climate change.

Turbidity can be a problem elsewhere in the region, too.

Briceño notes that some researchers suggest that the expansion of the port of Miami resuspended sediments and pollutants which harmed reefs in the area.

The improvements in turbidity around Key West haven’t been linked to any obvious differences in the health of the area’s reefs, but they’re likely helping.