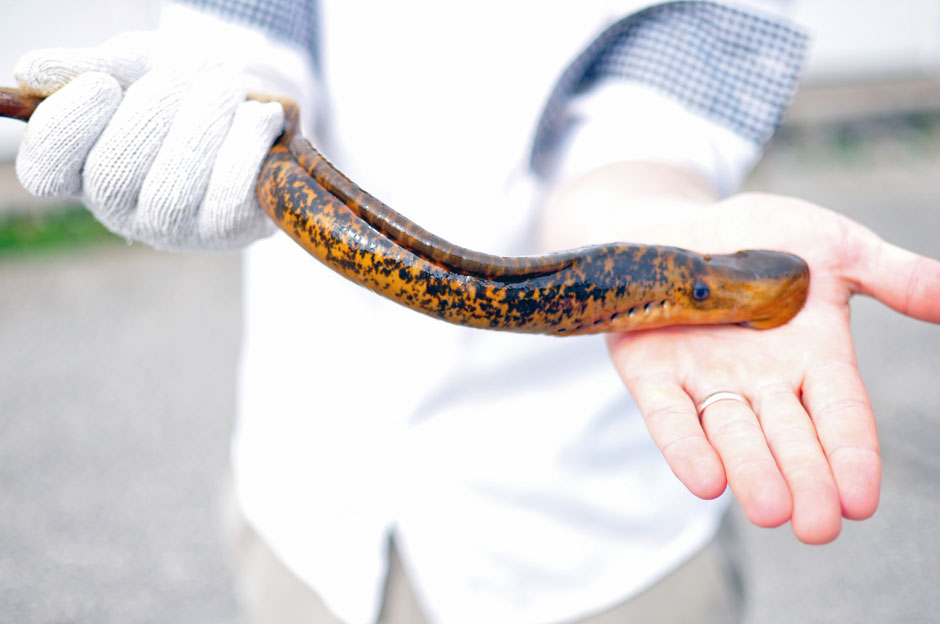 The sea lamprey’s days in the Great Lakes could be numbered.

That’s according to one researcher who took one of the first scientific looks at the possibility of sea lamprey eradication in the Great Lakes.

So, can you remove enough sea lamprey to make them disappear?

“Well the answer is we already have,” said Michael Jones, emeritus professor of fisheries and wildlife at Michigan State University. “Then there’s the obvious question: Why are they still here?”

There are six requirements to successfully eradicate a species, said Jones, who published his research raising the possibility of sea lamprey eradication in Journal of Great Lakes Research in May.

He focused on the first of the six criteria: It must be possible to remove a species faster than it reproduces.

To gauge this, Jones looked at Lake Michigan, relying on research that said the lake’s sea lamprey population had reached 1.3 million before the advent of lampricide.

The estimated current population of 100,000 sea lamprey means that current control measures have removed 92.3% of the population possible without any kind of control. The researchers estimated that an exploitation rate of 90.3% of sea lamprey would result in a 97% chance of eradication. Click To Tweet

Despite an exploitation rate well above that assumed needed for eradication, sea lampreys persist throughout the Great Lakes.

It’s likely other criteria for eradication are not being met, Jones said.

To rid the Great Lakes of sea lamprey, new individuals must be stopped from migrating in.

It’s uncertain whether or not new sea lamprey are coming into the Great Lakes, Jones said. But even without new lamprey entering from outside, migration between lakes could recharge populations in any one lake.

“The only way it’s possible is if you target all the lakes,” he said.

Similarly, managers must be able to target even elusive populations which is not always possible.

“There are sources of lampreys that are not very vulnerable to the methods of control that we currently use,” Jones said.

But, lamprey that live in wide, slow-flowing places like Lake St. Clair are difficult to reach with TFM, which will dilute too much in slow moving water. Another lampricide, bayluscide, can be used to coat sand, which is then sunk to the bottom of slow-moving water where it releases over time, providing an option for these difficult to reach populations, according to the Great Lakes Fishery Commission. 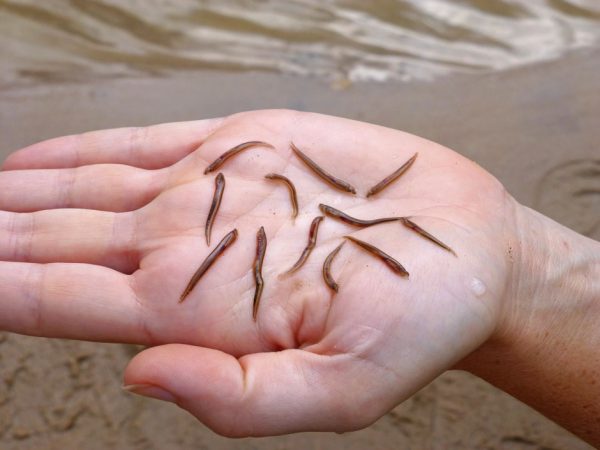 The current goal of sea lamprey treatment is not eradication, but control, a goal that seems to be met.

“The sea lamprey program has been pretty successful thus far and they’re pretty comfortable with where things are,” Jones said.

The Great Lakes Fishery Commission calls the control program a remarkable success and “the only example in the world of a successful aquatic vertebrate pest control program at an ecosystem scale.”

But, new control technology could soon bring eradication within reach.

Genetic biocontrol is a new field of research that involves releasing genetically manipulated individuals of a species into the wild in order to reduce the wild population.

In one of several possible methods, researchers could sterilize male sea lamprey and release them into the wild where they would compete with fertile male lamprey for mates. Any mating that involves a sterile male will, obviously, result in no new lamprey larvae, driving the population down.

These sterile males could be tools for reaching populations unreachable with lampricides. Chemically sterilized male lamprey already have been used in this way, notably in the St. Marys River between Lake Superior and Lake Huron.

Techniques like this have been discussed for targeting invasive rodents which threaten island ecosystems and disease bearing mosquitoes, though ethical concerns remain. Before any of these techniques are used widely, the risks of temporarily increasing an invasive species’ population, even with sterile individuals, must be fully considered.

“The technology will very soon be with us and the real debate is going to be the ethical questions and pragmatic questions of deployment,” he said.

Advances in an older technology—dams—could improve sea lamprey control, too. 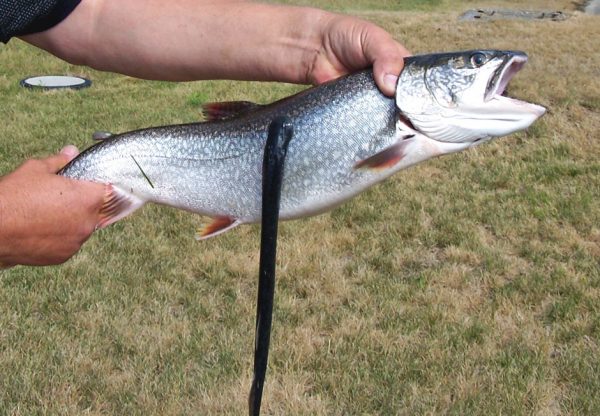 Because sea lampreys require rivers and streams to spawn, dams that block their migration keep them from expanding their range in certain streams. As dams age and people advocate for free flowing rivers, researchers are seeking new solutions that allow free passage upstream for native species while blocking sea lamprey.

FishPass, soon to be constructed in Traverse City, Michigan, is a barrier that allows researchers to study fish and sea lamprey passage through a variety of barriers and sorting techniques.

“Once optimized for bi-directional (upstream and downstream) selective fish passage, FishPass will be converted to a permanent selective fishway,” the Great Lakes Fishery Commission reports.

The end of a costly invasion?

Advances in barriers and genetic biocontrol could be tools that shift a very successful sea lamprey control program into an eradication program.

The final two requirements for eradicating an invasive species are that the value of eradication is greater than control and that society and government are in favor of eradication.

Lamprey control costs millions of dollars each year and the most effective methods of control—lampricides and barriers—“are both extremely vulnerable to a shift in the public opinion pendulum away from support for their use,” he said.

Research that Jones published in 2019, shows that the public supports at least research into the issue.

There is still no guarantee that sea lamprey can be eradicated even with new technology and continued public support. An eradication of an invasive species through an area the size of the Great Lakes has never been achieved.

“There have been many, many successful eradications, but most of them have been on tiny islands and not in the largest lakes in the world,” Jones said.

But, while it’s not a guarantee, Jones and his coauthor write in their study “eradication of sea lampreys should not be considered an impossible dream.”