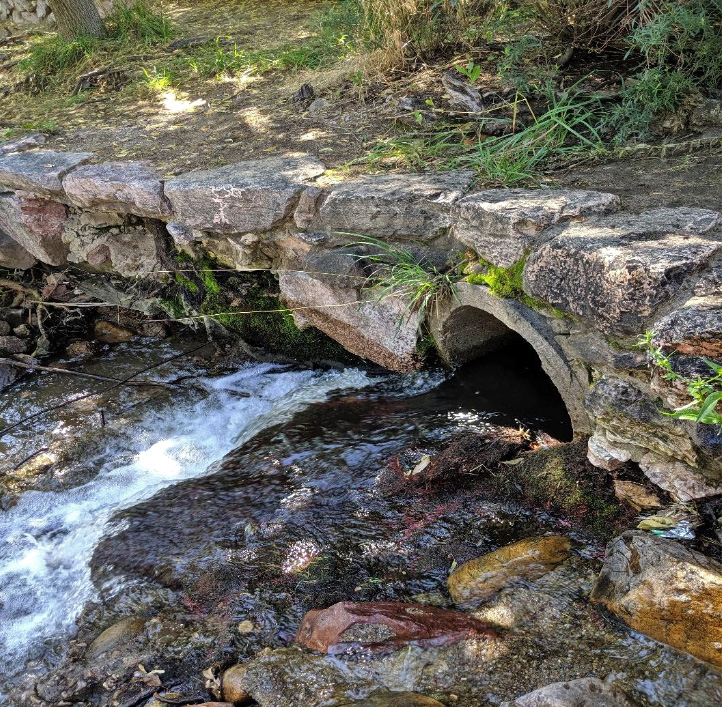 Since 2003 harmful bacteria Escherichia coli (E. coli) levels have created a health risk to recreational users in Boulder Creek. Boulder Creek has been designated as an impaired stream and is not meeting an EPA health-based water quality standard.

Concentrations of E. coli increase from the mouth of Boulder Canyon to the University of Colorado-Boulder and beyond based upon data collected by the City of Boulder according to information published by the CU Independent and the Boulder Camera. EM spoke to environmental engineer Art Hirsch of the Boulder Waterkeeper, who is advocating for greater accountability from all entities that own property abutting the stream.

“E. coli is a kind of sleeping giant, in a way, because a lot of people don’t realize the risk associated with it in terms of using the stream for recreational purposes,” explains Mr. Hirsch. “But E. coli investigation and remediation is starting to cost many municipalities a lot of money, and I can’t think of any stream that has really been successful in delisting an E. coli impairment.”

The Boulder Waterkeeper has concluded that CDPHE is not managing E. coli impairment well in Boulder Creek and other streams statewide.

Boulder Creek is a local hotspot for recreation, especially during the summertime. However, all of these recreational scenarios should be seen in a more cautious light, Hirsch argues, because the stream is impaired and represents a health risk to unknowing recreating people.

“The city promotes a tube to work day, so people get in tubes and just float down the creek, which I think is great,” details Mr. Hirsch. “But there’s a risk associated with bodily contact if you’ve got cuts and dermal inflammation or if you accidentally ingest the water. The city and county of Boulder have shown no interest and have initiated no action to warn people using the creek for recreation.”

There are some places in the stream toward the beginning of the reach where E. coli levels meet or barely exceed water quality standards. However, further downstream, the concentrations of E. coli rise, and users are being exposed to water that is over 20 times the water quality standard; especially near the University of Colorado-Boulder.

“The city of Boulder monitors Boulder Creek on a monthly basis at five monitoring locations, and I think there are some stormwater outfalls that they monitor more frequently. The problem is they don’t post the data on their website. There’s just no informational opportunity for people to make an informed decision, except if they ask the city for the data and pay for it.”

The Colorado Department of Public Health and Environment (CDPHE) has the duty to enforce the Clean Water Act (CWA) in Colorado. Once the CDPHE identifies an impaired stream, they develop a Total Maximum Daily Load (TMDL), which is a process to initiate the restoration of the water system back to health and stream compliance.

“There is no real hard regulatory hammer after the development of the TMDL. The TMDL does not require anyone to develop an implementation plan to investigate and mitigate pollutant sources. It’s not prescriptive, there are no deadlines,” Mr. Hirsch describes. “There’s no requirement that an implementation plan needs to be developed to get the stream back in compliance. The amount of pressure on E. coli polluters from state and federal agencies like CDPHE is minimal to absent.”

Boulder Creek has been recognized as impaired since 2003. However, eight years elapsed before a TMDL was completed in 2011, let alone implemented.

Meanwhile, various stakeholders along the stream have different stormwater permits and different ideas about what they are bound to do to help solve the problem.

“There are different types of stormwater permits, including one called a Municipal Separate Storm Sewer System (MS4) permit for the city of Boulder and Boulder County, which requires some TMDL disclosures,” remarks Mr. Hirsch. “What monitoring have you done over the past year? What sort of corrective measures have you put in place?”

However, one stakeholder along the stream doesn’t have to complete that annual report: the University of Colorado.

“They have a different type of permit without any TMDL requirements, and they don’t feel, I think, that they have to do what isn’t in the permit,” adds Mr. Hirsch. “So I think it’s fair to say that they are definitely a major contributor of E. coli to the stream system, and I don’t think that they’ve been doing a whole lot, from what I can tell, to fix the problem.” 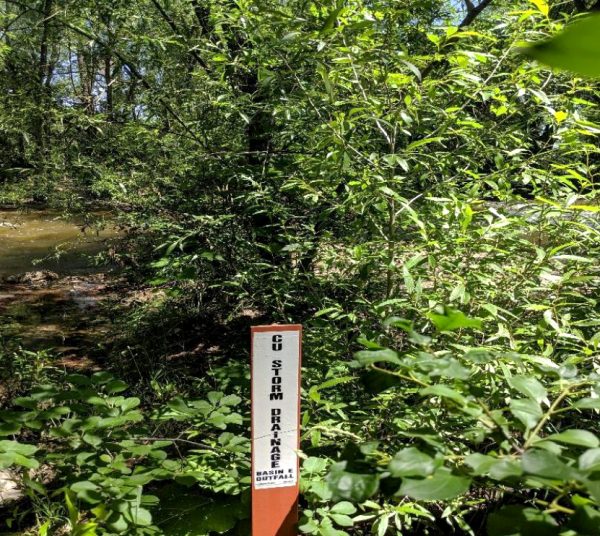 In fact, Boulder Waterkeeper has identified the University of Colorado as being a major E. coli polluter into Boulder Creek. In a formal complaint letter, four discharge locations were identified as being illicit and illegal discharges with E. coli concentrations 10 to 20 times the creek water quality standards.

The University of Colorado’s position is that they are in compliance with their 2008 stormwater permit and no E. coli source investigations will occur until a new permit is issued to the University by CDPHE.

However, as Hirsch points out, it is difficult for Boulder Waterkeeper to avoid taking action against the University given that it knows it is discharging high concentrations of E. coli—that are affecting water quality standard compliance—into Boulder Creek. Boulder Waterkeeper has filed a complaint with the CDPHE and plans to pursue escalate the issue to the United States Environmental Protection Agency if necessary to stop the continuous E. coli discharges.

Preparing for, versus eliminating, risk

If all of the stakeholders do eventually participate fully in the investigation and mitigation process and an E. coli risk remains, Boulder Waterkeeper sees increased public outreach and education as the answer.

“We need to improve public outreach and education, and awareness of what’s going on with the stream,” comments Mr. Hirsch. “Use signage so people can know what the risks are and what they can do to reduce E. coli in the creek. Local stakeholders need to provide their best efforts to reduce E. coli to achieve water quality standards. A common sense approach is needed if E. coli standards cannot be met to avoid continuously throwing money at the problem without progress. Perhaps site-specific regulatory standards need to be implemented by CDPHE.”

“This is not an easy issue,” adds Mr. Hirsch.

In fact, the complexity of this kind of water monitoring problem means that determining what the ideal monitoring program looks like for Boulder Creek is equally complicated. 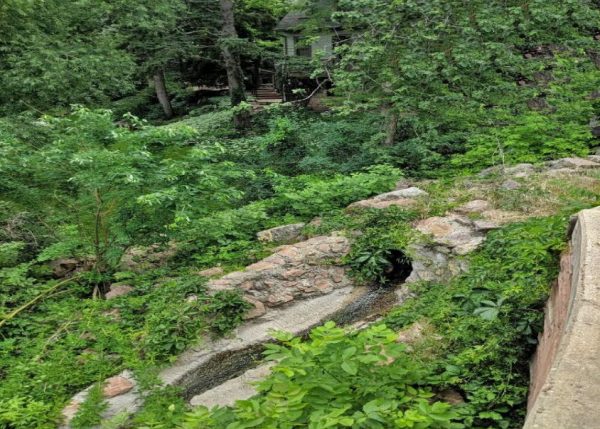 “It depends upon what you’re trying to do with the monitoring; you have to consider the data quality objectives, the questions are you trying to answer with the data that you’re collecting,” states Mr. Hirsch. “Often people don’t parse this out well, or fail to modify initial monitoring programs which were established years ago and are not adequate to address the current problems.”

Still, Boulder Waterkeeper sees flaws in the city of Boulder’s approach, including the failure to have an open dialogue about the problem with the public.

“They’re being proactive in some respects, but when you start dealing with the people, outreach, and education, they’re afraid to even talk about it,” comments Mr. Hirsch. “I don’t know why, but it seems like they’re afraid that the people might push back because a lot of people don’t know that the stream is impaired. The city says they are not responsible for notifying the public, and regulatorily that’s correct, but is it the right thing to do knowing that there is a potential health risk?”

“It’s going to take public awareness to do this,” Mr. Hirsch says. “We gave a two-hour presentation about E. coli. and explained what the stakeholders are doing, what the monitoring data is showing, and what the plan is to start reducing the loadings of E. coli.”

Another forum takes place on September 9, 2019. At this event, Dr. Larry Barber of the U.S. Geological Survey will discuss, “Complex contaminant mixtures in Boulder Creek—Evolving water quality Issues,” and Dr. Alan Vajda of the University of Colorado, Denver, will discuss, “Endocrine Disruption and Ecosystem health: Lessons from Boulder Creek.”

“Here in Boulder we’ve got the reputation of caring about the environment, and we do all these outdoor activities,” remarks Mr. Hirsch. “To find out that the stream running right through town is contaminated with fecal material doesn’t play well.”