Heart of Monitoring: Blue Oak Ranch Reserve Takes the Pulse of the Wild 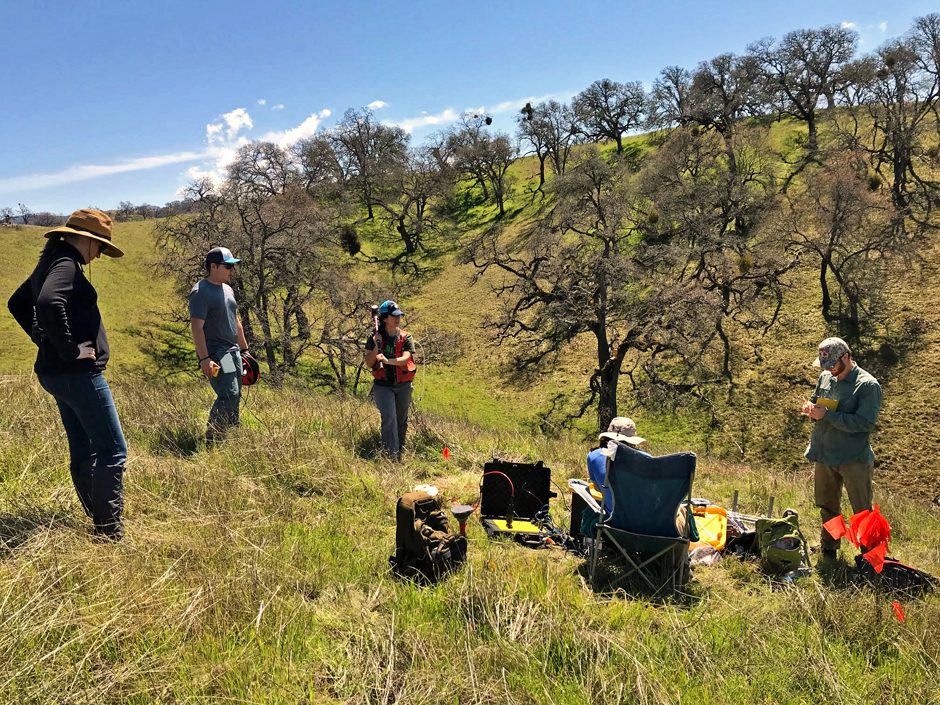 “We use our Memsic ēKo Pro Series system to do active environmental monitoring for several new projects,” says Zac Harlow, Resident Manager of Blue Oak Ranch Reserve (BORR) in San José, California, which is operated by UC Berkeley as part of the University of California’s Natural Reserve System (NRS). The BORR is also a member of the Organization of Biological Field Stations (OBFS).  “The system was originally created for agricultural work, but since 2008, we have been using it to do environmental research. The ēKo Node system lets us monitor the environment wirelessly and allows us to use a variety of sensors. We have 50 of them all over Blue Oak Ranch Reserve, which is the only large-scale deployment of these devices. They are no longer built or supported, but they are still chugging!”

Many types of data are collected every 15 minutes and delivered wirelessly to Harlow and his team. Data collected at Blue Oak include relative humidity, soil temperature and moisture, rain accumulation, wind speed, and leaf wetness in which the sensor mimics the surface of a leaf.

Each node is on a pole, mounted one meter off the ground — a 2 x 3 solar panel powers each one.

There are currently two sets of four moisture sensors in the northern and southern parts of the reserve. The soil moisture sensors are EC5 (TDR type) and measure the electrical resistance of the soil. 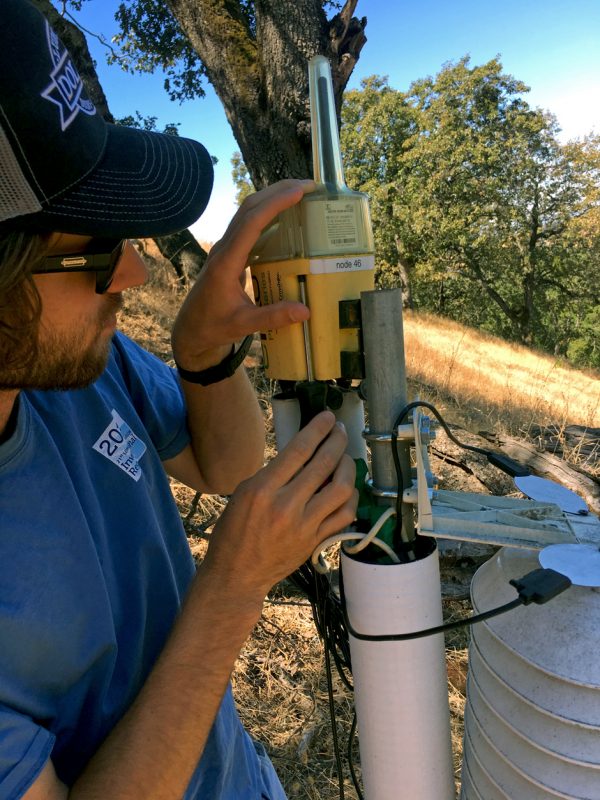 “We also have a separate weather station that is managed by the Natural Reserve System as part of a system-wide network of environmental sensors,” says Harlow. Both the weather station and the ēKo Node data are hosted and curated by Dendra, a cloud-based system designed to support permanent monitoring efforts.

After ten years of use, BORR is looking at what comes next. “The ēKo Node system was an experiment in how to make a distributed environmental monitoring system. How many nodes are needed to model the landscape and what criteria should be used to place them? Also, is a distributed mesh network the best way to go in the first place or should they be placed to capture specific features of the landscape in greater detail? Our 2.0 monitoring system will keep certain locations for long-term sampling continuity while focusing deployment on selected environmental gradients,” says Harlow.

All the data are accessible to the public, but the ēKo Node data require special assistance to receive the full SQLite database file. “Working with the ēKo Node data is currently pretty clunky but we are working on making the data queryable and downloadable through the Dendra website,” Harlow adds.

While they are currently not doing water quality monitoring, there are projects that examine the underlying hydrology. Margaret Zimmer’s lab out of UC Santa Cruz is studying factors that contribute to runoff generation, including the role of sunshine and hillslope aspect in shaping the regolith structure and subsurface water movement.

The Reserve has 16 ponds, which were originally created as cattle ponds. “We don’t have livestock now, but they were made for cattle in the Reserve’s previous life when this was ranch land,” says Harlow. The preserve was a private property before it became a UC reserve in 2007. The ponds were drained in the past to remove non-native fish. After 30 years without cattle, the reserve will be reintroducing grazing and prescribed fire to add a disturbance regime that promotes native species. 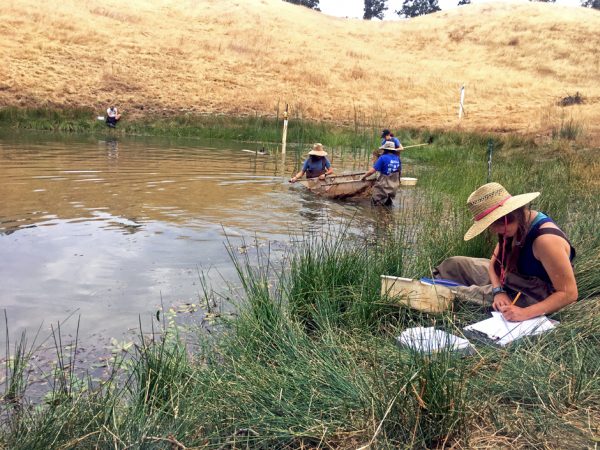 Environmental monitoring at the Reserve can be used to find microrefugia or small areas that seem to be buffered from environmental change. It is in these areas that rare or endangered species are often found. “We have some uncommon species here, such as tiger salamanders and red-legged frogs,” says Harlow. There are also newts, chorus frogs and pond turtles. “We also have bullfrogs, which unfortunately eat red-legged frog larvae. They tend to reduce populations of other, desirable amphibian species,” Harlow mentions. “If you look at a bullfrog’s stomach contents, you can see that they not only eat other frogs but also mice, songbirds and snakes. They have huge appetites.”

The Pieter Johnson Lab, out of the University of Colorado at Boulder, has studied parasite ecology on the BORR and throughout the Bay Area since 2008 when the reserve was only one year old. The three graduate students and four field technicians live on the BORR for two to three months a year and utilize the field lab for snail microscopy, examining thousands of snails in a season. One of their principle interests is the trematode worms that cause frog malformations. “The malformations make it easier for the frogs to become prey to birds, which are the parasite’s terminal host,” says Harlow. Swabs and samples from amphibian and bird hosts are sent back to the lab in Boulder.

In terms of vegetation at the BORR, its two principal oaks are blue oaks and valley oaks. There is also oak savannah habitat. “It’s classic California habitat,” says Harlow. “Our Reserve is a place where we don’t just preserve but also encourage understanding of this habitat. It’s so common but it’s also threatened.” 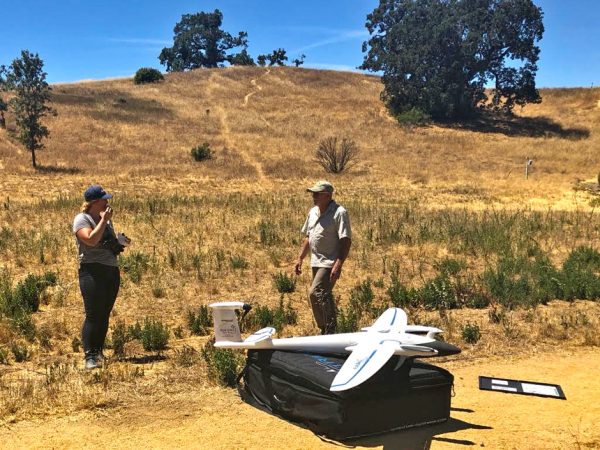 The habitat is variable depending on elevation. There is rugged terrain as well as riparian corridors. On the east side of the reserve is a deep canyon and permanent stream.

The Blue Oak Ranch Reserve is also an important place for student research in the summer. It is the home base of an NRS field course that includes students from all nine University of California schools. Over the course of 52 days, the students travel to five or six NRS reserves where they learn about the different ecosystems and conduct group research projects of their choosing. The course ends with presentations at the BORR and parents in the audience. “I am always impressed with the caliber of the research projects”. Harlow says. “Some go on to be published in journals”.

“In addition to classes, we host events for non-profit organizations and try to add value to our community,” says Harlow. “We especially try to encourage younger students to experience BORR. We host activities with our local native plant society and leadership training with high school students. Also, apps like iNaturalist and Calflora give students and visitors an opportunity to add species observations to our records and help researchers find their study species.” 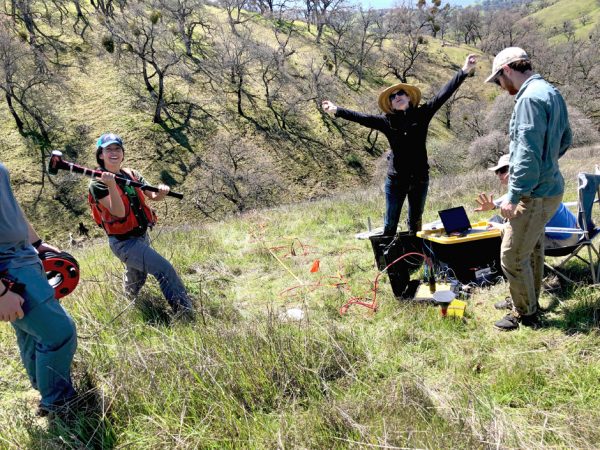 Blue Oak Reserve also participates in the NRS sponsored California Heart Beat Initiative, spearheaded in part by the BORR’s faculty director Todd Dawson. The program comes out of a $2.179 million grant from the Gordon and Betty Moore Foundation and is designed to monitor the pulse of water through state ecosystems. The program links plant responses to environmental conditions such as heat waves, storms and drought. The results will be used to produce forecasts of environmental health that can help Californians cope with climate change effects. The program includes coastal, marine, desert and savannah environments. Data from the program is still being gathered, but it will ultimately be accessible to the public. More information on California’s Heart Beat Initiative can be found here.

The Reserve received $375K for stewardship activities such as building a greenhouse and development of native seeds, controlling non-native species, cleaning up grasslands (removing non-native vegetation), and aquatic systems management. A special focus will be monitoring the community composition changes that occur following the reintroduction of fire and grazing. Exclosures and study plots will be used to compare disturbance treatments including fire, grazing, mowing and restoration planting methods.

Besides its flora and fauna, Blue Oak Ranch Reserve is also noteworthy because it is off the grid. A 30kW solar array supports the field station, including two staff residences, housing for 50 users, and a large barn commons building. Propane is used for heating and cooking, and high-speed internet is piped in through point-to-point radios that connect it to the nearby Lick Observatory, operated by UC Santa Cruz. BORR is only a half hour from San José.

Before his directorship, Harlow was no stranger to life on field stations. His father was a University of Wyoming faculty member and director of the UW-NPS field station in the Tetons for 20 years. Harlow also conducted his dissertation fieldwork at the Estación Chajul field station in Chiapas, Mexico. “I have always wanted to do this work. Field stations combine so many excellent qualities of people and nature,” says Harlow. 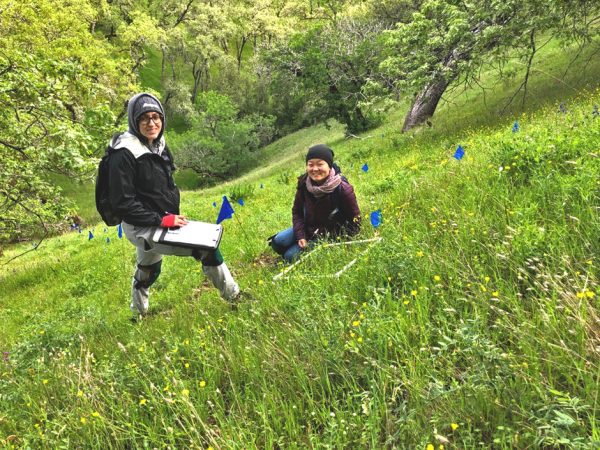 “It’s important that we value these natural reserves,” Harlow emphasizes. “Reserves and field stations are perfect places for figuring out environmental problems. There are 39 University of California reserves. At these, science is happening, students are learning, and research is ongoing. We need to value these places.”

Harlow has been director at the Reserve since 2016. Harlow’s favorite thing about BORR is that, “There are many things that come together to make a place like this. It’s at a nexus of science, nature, culture and experiential learning. It’s a neat place. People get really excited about the Reserve, and I love that. It’s fun to see that synergy develop.”