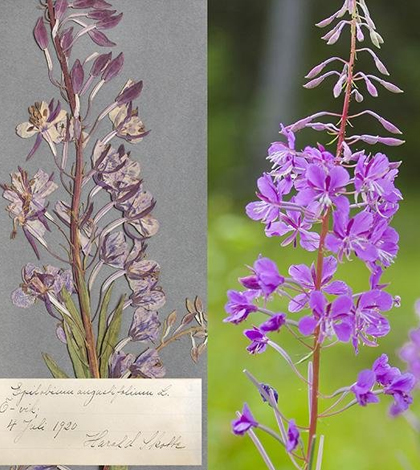 Increased carbon dioxide levels have changed plant behavior as the globe has warmed up, including changes that are not readily apparent, such as metabolic differences which alter photosynthesis processes. According to a release from Umeå University, over the past hundred years, an increase in carbon dioxide has caused plant metabolism to divert away from photorespiration and move toward photosynthesis. The result is that plants are using more atmospheric carbon dioxide.

Looking at plant samples from 1890 to 2012, researchers created a new spectroscopic method to determine metabolic differences in older specimens versus current ones. The method used differences in intramolecular isotope patterns of glucose to determine metabolic fluxes resulting from carbon dioxide level changes, giving a picture of a plant’s participation in photosynthesis. Greenhouse experiments were used to calibrate the method, which was then used on historic and modern plant samples.

The metabolic shift was found in beet and peat samples, both indicating a shift to photosynthesis over photorespiration due to higher carbon dioxide levels. Researchers were able to determine that the changes occurred only because of increases in carbon dioxide, not due to agricultural changes or plant breeding differences.