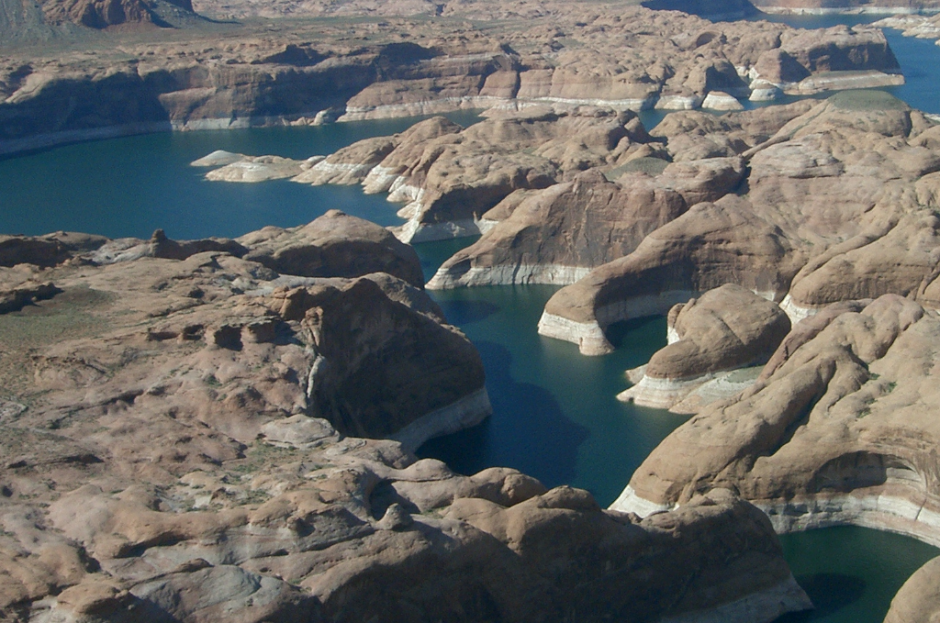 Researchers have been guessing the impacts of Lake Powell water shortages for some time. But a study funded by the Colorado River District has tried to predict the likelihood that the lake’s waters will fall too far. From there, the study sought to lay out what some of the more extreme impacts a near-waterless Lake Powell could bring.

Results of the modeling study estimate that the lake could almost dry up in as few as six years if the region gets a similar drought to the one it experienced from 2000 to 2005. There is some possibility, say officials at the water district, that the recent El Niño may contribute to drier conditions in the next two years.

“… If the current conditions transition into a drought over the next several years, as happened after the 1998 El Niño event, we could be in serious trouble because unlike in 1998 to ‘99 when system reservoirs were plumb full, today they’re only about half full,” said Eric Kuhn, the district’s manager, in a statement.

Kuhn told the Arizona Daily Star that some of the most extreme impacts of Lake Powell water drops could come if its levels reached 3,490 feet. At that point, there wouldn’t be enough water in the lake to flow through Glen Canyon Dam’s turbines to generate power. That development would follow a response by states in the Upper Colorado River basin, triggered at 3,525 feet, to deliver water from other reservoirs to buoy Powell’s levels.

One of the goals of the district’s study was to uncover findings that can be used to mitigate impacts of a possible water shortage in Lake Powell. Its results help to underscore that if such drought and extreme level drops do take place, it’s likely that planned responses will do little to stop water loss.

“For the basin as a whole, we need to be prepared to survive another 2000 to 2004 period,” Kuhn continued. “The difference is that in 1999 reservoirs were full to the brim. Now they’re at levels of 40 to 50 percent of capacity.”

Do you think another extreme drought is on its way for the West? Why or why not? Please consider leaving a comment to share your thoughts!