The community partnerships and restoration efforts that turned a dump in one corner of Muskegon Lake in west Michigan into a haven for plants, wildlife and recreational fishers ran parallel to other efforts around the lakeshore and the Great Lakes since 1985.

In 1985, the United States and Canada chose to focus environmental cleanup efforts on 42 highly polluted areas of concern (AOCs) around the Great Lakes, including Muskegon Lake.

Thirty-five years later, that decision has changed environmental remediation and benefited Great Lakes communities. A recent retrospective article published in the Journal of Great Lakes research (and free to read there) shows these efforts led to huge economic benefits, scientific advancements and a more effective, holistic approach to environmental restoration.

The Great Lakes region is a center for manufacturing and trade and has been for a long time. As a result, certain places around the Great Lakes have been dump or release points for industrial pollution, sometimes for decades or centuries. 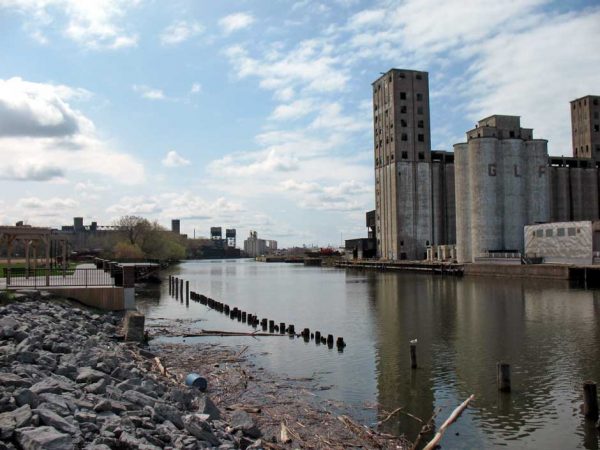 “This is, in some cases, a hundred and two hundred year old problem,” said John Hartig, a visiting scholar at the Great Lakes Institute for Environmental Research at the University of Windsor, who was the lead author of the article.

When American and Canadian leaders woke up to the pollution around the Great Lakes and decided to clean up 42 AOCs, these long histories of pollution and the complexity of these sites prompted them to adopt a new framework for remediation: an ecosystem approach.

An ecosystem approach acknowledges each site is a system in which natural resources, plants, animals and humans rely on the health of the system as a whole. Because humans are included as members of the ecosystem, their ability to safely use the sites is a measure of ecosystem health, too.

“Up until that point, humans were thought of as separate,” Hartig said. This new approach showed that “what we do to an ecosystem, we do to ourselves.”

The restoration goals were defined by beneficial use impairments. Any number of fourteen possible impairments—like degradation of benthos, restrictions on fish and wildlife consumption or beach closings—could apply to each AOC. Once they were determined, communities devised and enacted remedial action plans to remove them. After removing each impairment and receiving approval from EPA or, in Canada, Environment and Climate Change Canada, the AOC could be delisted.

A shift in approach to restoration

A new ecosystem approach and thirty five years of restoration work taught researchers like Hartig a lot about how to best restore local environments and the striking benefits to be gained.

An ecosystem approach requires ground-up collaboration. Actionable science, science which includes all stakeholders from planning to implementation of cleanup interventions, was a hallmark of the AOC cleanup process. 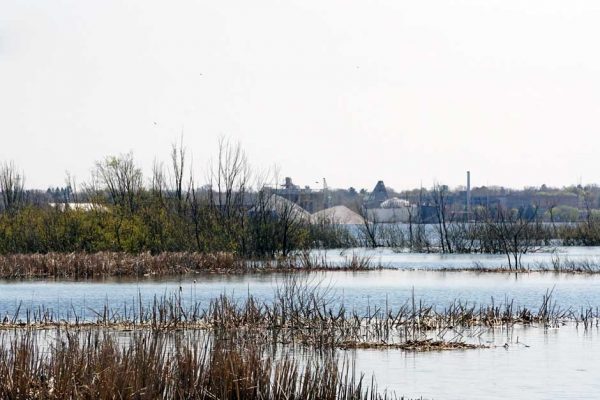 It’s what the study calls the “co-production of knowledge and co-innovation of solutions.”

Besides new, collaborative approaches to science, the cleanup standards asked questions that hadn’t been answered or even asked.

The study lists multiple advancements in each of 10 areas of scientific inquiry.

“We like to say habitat had no home,” Hartig said, because care for habitat was split among so many agencies that it was often overlooked or dealt with in an inefficient way. By designating loss of habitat for fish and wildlife as a beneficial use impairment, wildlife issues were brought into the collaborative process that defines AOC cleanups.

Further, an ecosystem approach requires action on issues not specifically listed. Although no beneficial use impairment targets the ill effects of contaminated sediments, sediment is often cleaned up because of its deleterious effect on other beneficial uses, like fish health and water quality.

The study found that since 1985, $22.8 billion has been spent on restoring all AOCs, a large amount, but only 0.4% of the annual $5.8 trillion economy of the Great Lakes region. Hartig argues that a higher priority needs to be placed on preventing pollution, consistent with the “zero discharge” philosophy to avoid such future cleanups.

A 2017 study published in the Journal of Great Lakes Research found that a $10 million grant to restore Muskegon Lake would create $60 million dollars in value through a restored environment, improved home values and increased recreation.

Estimates like these can range, but Hartig’s study catalogues strong returns on investment around the Great Lakes.

Cleaning up the Buffalo River in New York spurred $428 million of development from 2012-2018. In Cleveland, Ohio, the Cuyahoga River —which famously caught fire—has seen $750 million in development with millions more planned. In Toronto, a revitalized waterfront has generated millions of dollars in tax revenue and more than 14,000 years of employment. 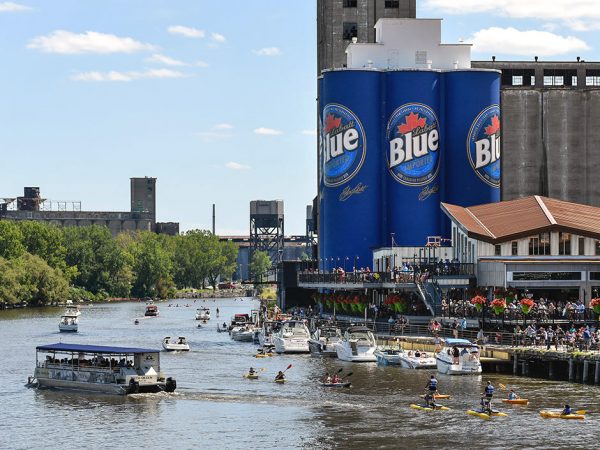 “It’s amazing,” Hartig said. One of his favorite projects, the Detroit RiverWalk, was built with an $80 million investment. In 10 years, it has driven another $1 billion in public and private investment.

These large economic benefits are, in part, the result of restoring land with the community’s use of it in mind.

“That’s the one thing that was a surprise in this. For the first couple of decades everyone was just focused on understanding the problems and figuring out how to clean them up and chasing money. The whole emphasis was getting our act together,” Hartig said. “But then, as that moved forward, people started to envision what their waterfront could be post clean up.”

The significant value of these economic benefits is, in part, due to transforming AOCs into areas people want to use.

Many of the study’s listed lessons learned are geared toward engaging people: research scientists, investors, local leaders and the community.

Progress has accelerated in recent years, thanks to the Great Lakes Restoration Initiative, which, in 2010, became a new and steady source of funding for restoration initiatives. The program, which has been threatened with funding cuts before—most recently a proposed 90% cut by the Trump administration in 2019—has maintained strong support. The Trump administration proposed a slight increase to the budget in 2020.

That might be because big economic returns from environmental restoration have been seen all around the Great Lakes, even if it takes many years and a lot of work.

“This is tough work,” Hartig said.

But his research shows that it pays off in the long run.