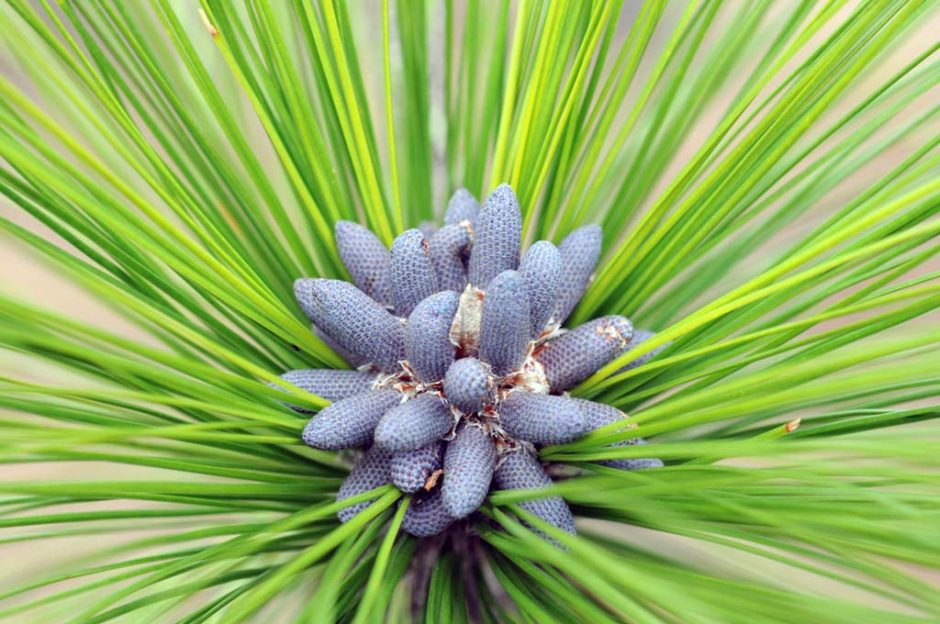 Mary Payne Hogan Professor of Botany, Manager of Blackwater Ecological Preserve and fan of The Simpsons, Old Dominion University Professor Lytton John Musselman has many passions. But there is one passion that stands out in particular: longleaf pines. “As soon as I saw the longleaf pine community for the first time, I was interested,” Musselman recalls. “It was love at first sight.”

Appropriately enough, Musselman’s dedication to the longleaf pine has culminated in his position as Manager of Blackwater Ecological Preserve in Virginia, located near Zuni, and the Blackwater River. Among other distinctions, the Preserve has the northernmost representation of the longleaf pine community in the world. “The longleaf pine ecosystem has one of the highest diversity of plants per unit area in the world,” Musselman says. “This is a very special place. About fifty acres of the Preserve have never even been plowed. That area is full of rare seeds and rare plants.” A botanist’s dream, in short.

The Preserve, a member of the National Organization of Biological Field Stations (OBFS), came out of negotiations with a paper company for 319 acres of land in 1984. The area held the interest of botanists well before that, however, due to its unique vegetation. Longleaf pine flatwoods and savannahs give much of the character to the Preserve. The famous botanist Fernald, for example, did extensive studies of the Preserve in the 1930s which researchers such as Musselman still refer to today. “Some great work has been done at the Preserve,” Musselman enthuses. “Some great minds have been here. We are standing on hallowed ground.” 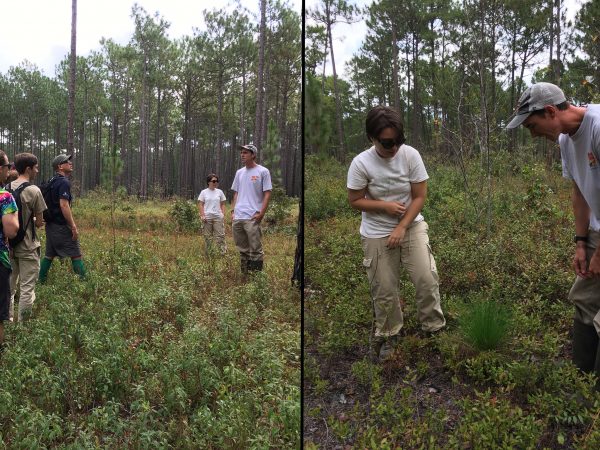 Due to the precious botanical jewels scattered all over the Preserve, its land is carefully tended and cataloged. “We do prescribed burns,” says Musselman. “We started them in 1984 when we obtained the property. The first one had a lot of debris buildup, so it was pretty dramatic, as you might imagine! Since then, we have been doing prescribed burns every two years so that, while there is a fire, it is a ‘cool fire,’ without a lot of forest debris that has gathered between burns. The cool burn is actually just what the longleaf pine has evolved for, and it benefits the pine community.”

In an astonishing display of evolutionary adaptation to control heat on a micro-level, the longleaf pine leaves actually release water when exposed to fire. Fire is good for the young longleaf pines…especially those in their youthful seedling “grass” stage, where they look a lot like grass. Seedlings are monitored using quadrats. “It’s also important to note that we only use the local genotype longleaf pines for replanting at the Preserve,” Musselman adds.

Since obtaining the land, researchers at Blackwater Ecological Preserve have been doing a detailed inventory of some 2,021 longleaf pine trees to gather data on tree health, carefully assessing tree fitness and stress. They use electronic calipers to measure the diameter at breast height (DBH), specialized measuring tape, and a clinometer. An increment borer is used to pull out sample cores from trees. Pulling out the sample core does not hurt the tree, as pine resin fills the space. Sophisticated GIS is also used. 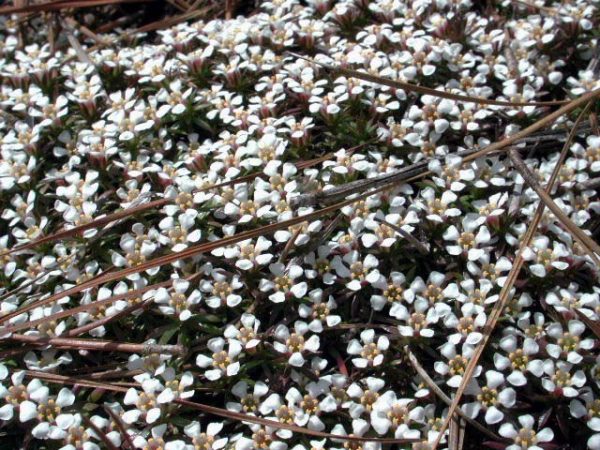 The charming pixie moss, Pyxidanthera barbulata and iconic species of the Preserve. It occurs nowhere else in Virginia. (Credit: Lytton John Musselman)

Blackwater Ecological Preserve also gathers weather data from a nearby Virginia weather station. Hydrology data is being collected, but that is a recent addition to the data gathering efforts, so there are no hydrological reports yet. A hydrologist from Old Dominion University is coordinating the data gathering and compilation.

Soil surveys in the United States have been conducted in the past by the U.S. Geological Survey (USGS) within the Preserve area, gathering soil samples from many ancient, and in some cases untouched, areas. Virginia State agencies have also been collecting stormwater and floodwater data. Water level data is collected via PVC pipes in Blackwater Reserve wells. The nearby Blackwater River flows into Albemarle Sound and has large fluctuations, which the Preserve hopes to track in the future. “Over time, we have noticed the water table dropping,” mentions Musselman. 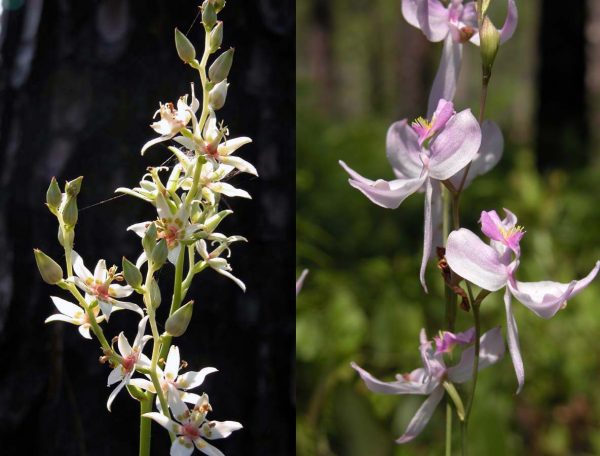 Left: Sandbog death camas, Zigadenus glaberrimus. The common name refers to the plant’s toxicity. Fernald noted this as being widespread in the 1930’s. Today one plant is extant.(Credit: Lytton John Musselman) Right: CalPal Grass pink orchid, Calopogon pallidus. This is the only population in the state. Until its discovery at the Preserve was listed as extirpated in Virginia.(Credit: Lytton John Musselman)

Birds, butterflies, social insects such as ants and termites, skinks, turtles, snakes and dragonflies are some of the species also being monitored at Blackwater Preserve. A fish species of particular interest is the Blackwater gar.

The Blackwater Ecological Preserve does not do research in isolation. The Preserve is owned and managed by Old Dominion University of Virginia. It also interacts with the Tall Timbers Research Center, the USGS, the Virginia Department of Conservation and Recreation and the Norfolk Botanical Garden.

“There is a lot of community support for the Preserve,” emphasizes Musselman. “The diversity and value of its ecological systems has enormous positive effects.”

In addition to its ecological importance, the longleaf pine also has great historical significance. “Longleaf pines were used as naval stores, which were caulking components for ships. There are still turpentine stumps at the Preserve from making these naval stores around two hundred years ago,” Musselman notes. “I showed the stumps to a student and he was inspired to learn more about them, much more. He quipped, ‘My future is in ruins.’“