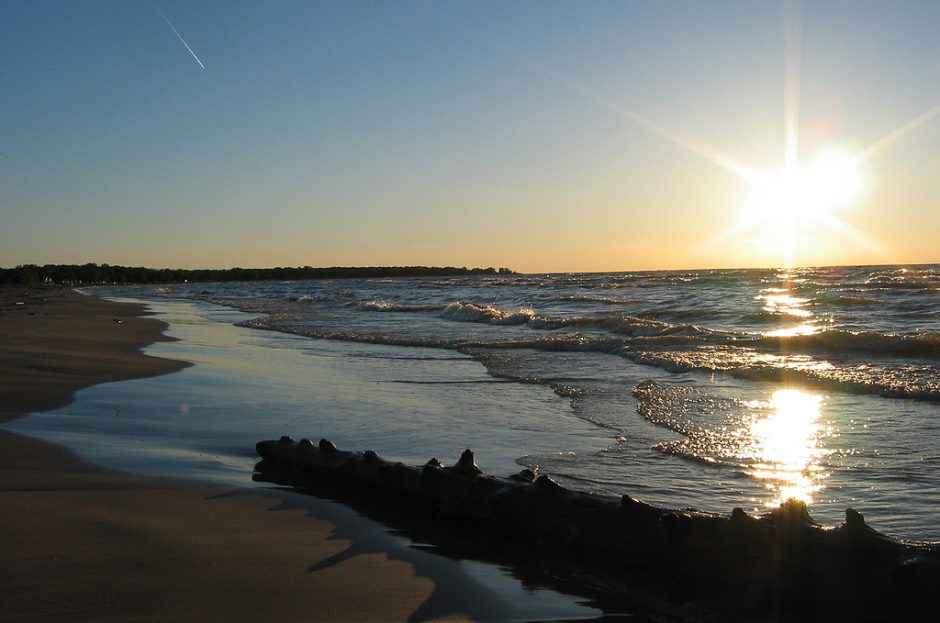 No matter how long researchers study them, the mysteries of Lake Huron’s sinkholes seem to persist. Case in point: microbial mats that inhabit them can actually move to maximize their photosynthetic potential. What’s more, these mats can move together so quickly that it’s possible to see their new positions without scientific equipment.

“You don’t normally expect microscopic organisms to move a distance you can see with your naked eye in a relatively short amount of time,” said Bopi Biddanda, professor of water resources at Grand Valley State University, who has been studying the lake’s sinkholes for years. “They move at the same body lengths per minute (around 10 to 20) as a swimming human.”

Diving expeditions to the sinkholes, with help from staff at the Thunder Bay National Marine Sanctuary, provide water samples containing the microbes. Analyzing them is achieved with microscopes back in the lab, even though the startling movements can be observed without much difficulty.

With that approach, Biddanda and other researchers have tried out some novel treatments to see how the microbial mats respond to light. In one, dive teams placed pebbles and pieces of broken shells in altered locations within the Middle Island Sinkhole. Within hours, the structures were fully buried as the microbes sought to reclaim their positions.

In another test in the lab, they cut out a question mark in aluminum foil to see if the organisms would migrate into the shape. After just 30 minutes in normal laboratory light, they got their answer. Dispersed filaments in a thin mat layer respond quickly to light stimulus by precisely coordinating their positions in the zone of light to form the shape of the foil cut-out. (Credit: Bopi Biddanda / Grand Valley State University)

If it’s not neat enough that these microscopic organisms move as fast as they do, Biddanda notes that they play an important role as carbon buriers in the sinkholes. All their shifts help to move fallen debris down into the anaerobic layers of sediment.

The findings may also have implications for the present-day understanding of cyanobacteria because they reveal in part how the communities may have come to colonize our planet’s waters. Biddanda says that the modern-day motility that the cyanobacteria have may also give them the ability to thrive under low light and bury organic carbon more efficiently. The sinkholes in Lake Huron, he adds, are effective carbon sinks.

More results of the work, as well as some of the additional methods used, are published in Frontiers in Microbiology. Continuing research into the microbial mats, Biddanda says, involves micro-profilers that are taking in-situ measurements of the mats’ surrounding sedimentary ecosystems.