A Mighty Confluence of Events Creates a Model Stream 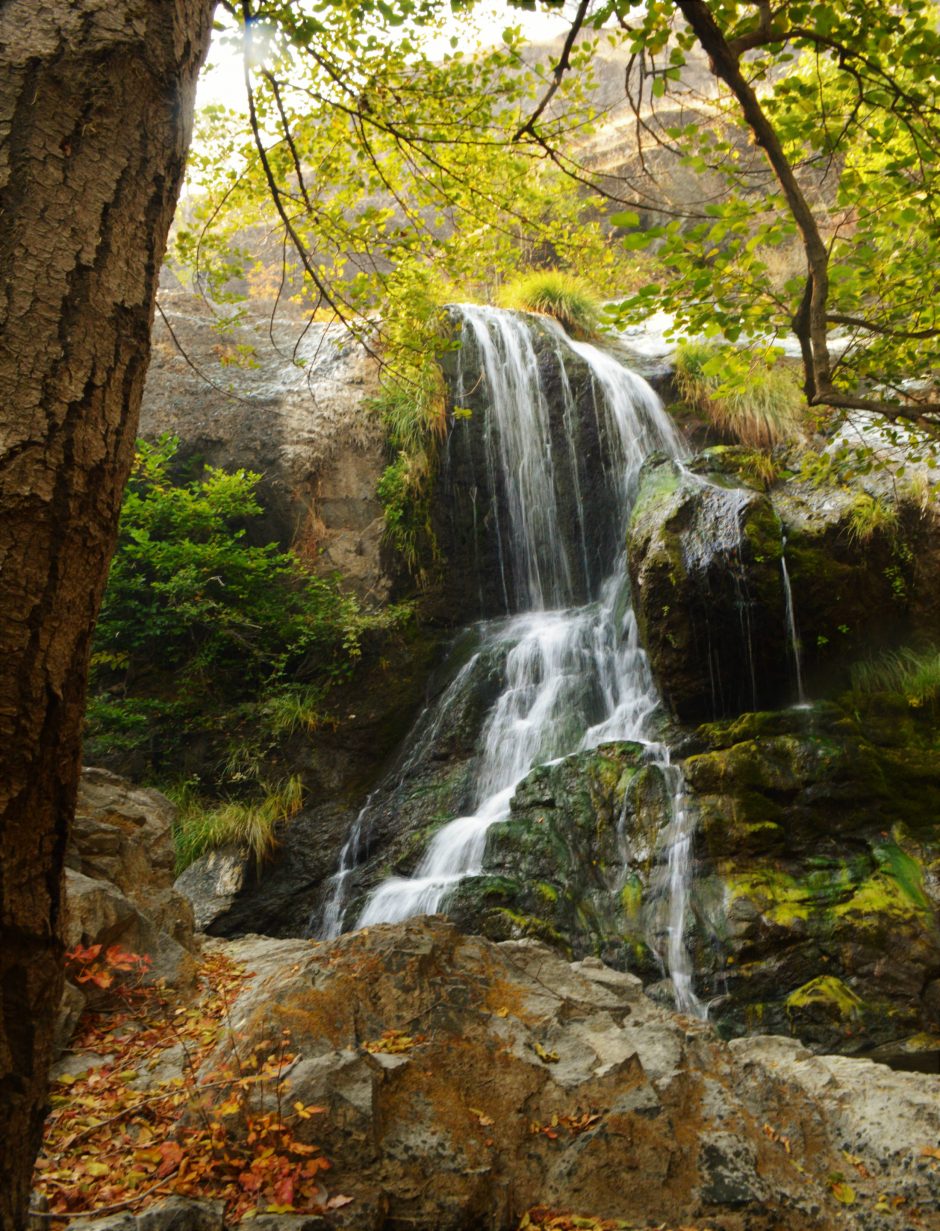 A recent study from researchers at the University of California, Davis presents the case of what is now a model stream: the Putah Creek. Nestled in its own riparian reserve just a few miles from campus, the creek is an idyllic habitat for birds, fish, benthic species, and other denizens of the stream—but it wasn’t always.

In 1999, the stream had disappeared, leaving a dry channel behind. The wildlife disappeared with the stream, and in place of the water and wildlife humans dumped old appliances and garbage. Then, in 2000, things changed course, and what researcher Melanie Truan calls a “mighty confluence of events” led to the stream’s return and the ultimate restoration of the ecosystem.

The Putah Creek Accord

The Putah Creek dried up during the 1987 to 1992 drought. During that six-year period, 23 counties declared local drought emergencies. The kids at the Camp Putah summer day camp first discovered that the Putah Creek, their water hole, had gone dry. At the same time, environmentalists were working to restore permanent flows to the creek for the benefit of native fishes, plants, and wildlife, as well as the community.

“As an incoming graduate student in 1996, I was inspired by Dr. Peter Moyle who was a seminal figure in the Putah Creek water rights lawsuit and who got me involved with the Putah-Cache Bioregion Project, an interdisciplinary group of UCD faculty, staff, and students working together to celebrate the nature and culture of the Putah and Cache Creek Bioregion,” Truan tells EM. “It was a visionary idea, made possible by then-Chancellor Vanderhoef, that linked the social and natural sciences and resulted in a lot of conceptual cross-pollination and really big thinking. It was a heady time.”

The original protective goal of the lawsuit was focused on protecting water rights and a limited portion of the local wildlife. “Besides being good indicators of instream conditions on the creek, fishes were about the only taxonomic group for which there was data, that having been collected by Dr. Peter Moyle and his students over the years,” clarifies Truan. “Fish were the logical benefactors, and luckily there was data to support them.”

The lawsuit eventually came before Judge Richard Park, a fly fisherman who cared about the area. In 2000, this prompted the Putah Creek Accord. The agreement mandated the protection of local wildlife and year-round flows for the creek, and water returned.

“Things could have been different if the Camp Putah kids had not discovered the dried-up creek that summer day; if their parents and friends had not been environmentalists who were also incredibly tenacious; if their pro-bono attorneys had not been so dedicated; if the presiding judge had not himself been a fly-fisherman and included in his judgment long-term monitoring that has enabled us to track resulting changes; if the Lower Putah Creek Coordinating Committee had not hired Rich Marovich—a man who has dedicated nearly 20 years of his life and garnered millions of dollars for habitat restoration on the creek—to serve as Streamkeeper; and if the Solano County Water Agency, themselves the focus of a contentious lawsuit, had not turned around and become one of the most ardent supporters of restoration and stewardship on the creek,” Truan muses. “All in all, a mighty confluence of events.”

The return of the water

When the water came back to the Putah Creek, insects, fish, and birds came with it. As species returned, researchers could see the restoration process was working, and this inspired the recent study. Lead author Kristen Dybala, who was a postdoctoral scholar at UC Davis while conducting the study and is now a senior research ecologist with Point Blue Conservation Science, corresponded with EM about the research.

“I was inspired by the ongoing efforts of the Putah Creek Council and all of the stakeholders to continue to restore and improve the health of the creek,” Dybala remarks. “We knew there had already been some dramatic improvements for local fish populations, and we wanted to let everyone know whether their hard work had paid off in terms of improving habitat conditions for birds as well.” In fact, in 1999, the year before the water was restored to the stream, there were approximately 30 birds per acre in the area. Since that time, the density of the breeding birds has more than doubled, with about 84 birds per acre present in 2012. Notably, many of the species are riparian birds.

“It didn’t surprise me that birds responded positively to the improvements in the creek’s water flow and surrounding vegetation, particularly because there are so many bird species that rely on this riparian habitat, but what was surprising to me was the rapid rate of change,” details Dybala. “Other similar studies in California have certainly shown dramatic improvements following restoration, but are usually only examining one species at a time or individual study sites at a time, rather than the overall bird abundance over a larger area.”

The study took place over 14 years, during which the team conducted point count surveys of birds at various sites along the creek during every breeding season (April, May, and June).

“Point count surveys are a standardized technique for surveying birds in which a trained observer records every bird seen and heard from the survey point during a set period of time, and also estimates how far away each individual bird was,” Dybala describes. “We used these survey data to estimate the densities (birds per acre) of individual bird species at each sampling site in each year, and then to estimate the long-term trends in the density of each individual bird species as well as the bird community as a whole.”

A healthier stream can support more insects, allow a benthic community to thrive, and all of these changes also bring fish, small mammals, and birds. The birds that have returned to the Putah Creek reserve include a strong mix of riparian species, some nesting in trees, others inhabiting shrubs.

“There is no single factor we can point to, in part because many things were changing in the watershed during this time, including the improved water flow and other restoration efforts,” Dybala comments. “But because the trends we observed couldn’t be explained by broader regional trends, our study provides evidence that the local actions on the creek have benefited a diverse array of bird species, each of which is responding to changes in the ecosystem according to what it needs. By studying an entire group of riparian-dependent species, each of which needs slightly different things, we get a better sense of how well the entire ecosystem is functioning to support riparian birds and by extension, other wildlife.”

The authors of the study hope that the Putah Creek success will be replicated as other failing stream ecosystems are restored.

“I think it’s important for communities to hear that streams have a remarkable ability to recover if they’re given the space and water to do so,” asserts Dybala. “They can become valuable resources for the community as beautiful places to play outdoors and encounter nature. What made the Putah Creek story possible, though, was the hard work it took to bring all of the stakeholders together to envision this future and learn how to work together effectively toward this common goal.”

The Putah Creek case is also an excellent example of the power the Public Trust doctrine can have under the right set of facts.

“The Putah Creek Council took as their model the work being done by the Mono Lake Committee, a group of self-proclaimed ‘shaggy biologists,’ who organized a non-profit to use legal, legislative, and educational means to rewater Mono Lake,” Truan states. “They too predicated their case on the Public Trust doctrine, the principle that certain natural and cultural resources are preserved for public use, and that the government owns and must protect and maintain these resources for the public’s use. More recently, Dr. Moyle is paying it forward by using the lessons learned from Putah Creek to inform his work with the San Joaquin River restoration project and other efforts.”

Melanie Truan, a staff research associate with the UC Davis Museum of Wildlife and Fish Biology, has been conducting bird surveys along Putah Creek for about 20 years. (Credit: Kat Kerlin/UC Davis)

One reason the restoration of Putah Creek has been so successful is the expansive nature of the Putah Creek Accord.

“When the Putah Creek Accord was signed, my involvement led naturally my development of the MWFB’s Terrestrial Wildlife Monitoring Program, mandated under the Accord; this monitoring is ongoing and will continue in perpetuity,” explains Truan. “For a settlement to mandate any monitoring, let alone monitoring in perpetuity, is extremely unusual and is a testament to the ecological philosophy of Judge Richard Park and the importance that he placed on the creek and its future.”

The return of wildlife is just one benefit the restoration of Putah Creek has yielded. The success also offers the potential for carbon sequestration, the control of flooding and erosion, groundwater recharge, improved water quality in the area, and a healthy community greenspace that humans can use and enjoy.

Looking into the future

Although Putah Creek has come a long way, there is still room for improvement, as the study’s authors point out. The downstream areas of the creek have not been as successful drawing wildlife as the upstream portions have, and this geographic trend is reflected in the fish community as well. Furthermore, as the water warms traveling downstream, the stream becomes a more appealing habitat for invasive fish species.

However, because monitoring is ongoing, the restoration is a work in progress.

“Currently, the Solano County Water Agency and its partners (including the Putah Creek Council) are working with scientists and community leaders to develop baseline habitat assessments and conceptual habitat restoration plans for thirty miles of Lower Putah Creek,” explains Truan. “These assessments include geomorphic and hydrologic/soils assessments, biological assessments, and facilitated public meetings to support the restoration of natural ecological form and function for 25 project sites, including 17 sites named in the Lower Putah Creek Programmatic EIR. Implementation of these plans will help reconcile channel form to current flows, and restore natural channel form and function to 30 miles of creek channel impacted by channelization, gravel mining, invasive weeds, and vegetation removal.”

Clearly, a high level of cooperation still exists surrounding the Putah Creek. The researchers are excited about sharing the findings will people local to the area.

“This study was really only possible thanks to the interest and participation of the local landowners who let us conduct bird surveys on their property every year,” Dybala points out. “We really appreciate their trust and support, and we hope they are as excited as we are about the results!”

“Kristy is right, willing landowners have made it possible for us to track biotic changes along the creek by allowing us access to their properties for repeated visits to survey plant, fish, and wildlife populations,” Truan agrees. “The majority of this access has been facilitated by Streamkeeper Rich Marovich through his outreach efforts and his support of projects that benefit Putah Creek’s landowners.”

And of course, it certainly helps that the process has been a success; landowners can see that it’s working, and that probably motivates them to get involved. Perhaps even more important to this process are the strong partnerships which have characterized it from the outset.

“When I began surveying the creek in 1997, there were very few landowners who would allow access to their land,” Truan recalls. “That we have continued to add study sites to our monitoring platform over the years attests to the increasing goodwill that is being created on the creek. The support from our funders who have believed in the process, and in us, including UC Davis who in their ongoing commitment to the region has waived all overhead on grants pertaining to Putah Creek. Finally, partnerships are key. While we focus on the creek and its denizens, it is people and relationships that make things happen.”