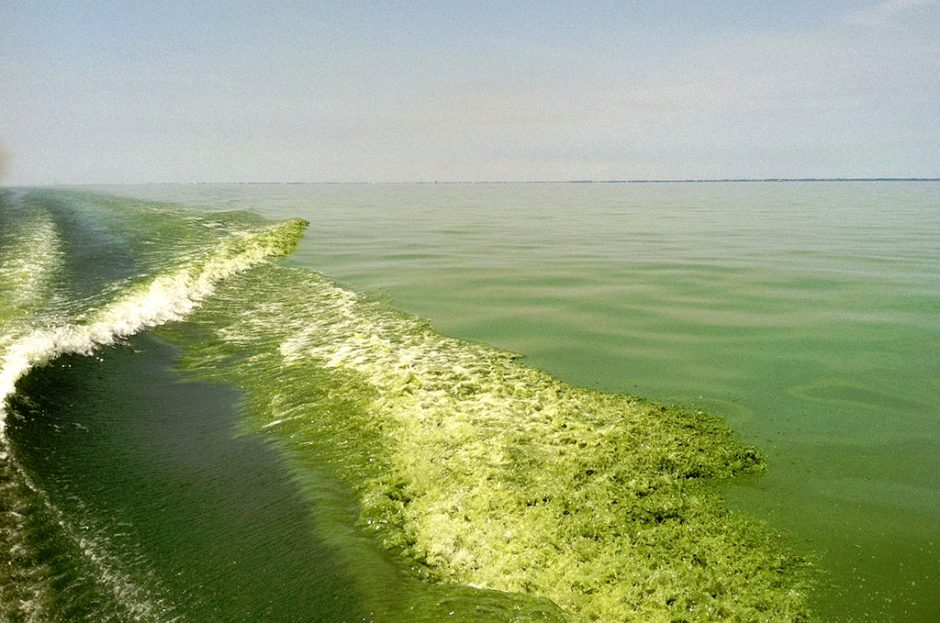 Results of new modeling research led in part by the Nature Conservancy and Ohio Sea Grant outline some of the steps that will be needed to reduce phosphorus entering Lake Erie by 40 percent. The findings underscore some difficulties, as well as positive effects that could be achieved for fish in streams flowing into the lake’s western basin.

The CEAP sought to answer a few questions. One, what is it going to cost to reach the reduction goal? Also, how are streams in the region going to improve as work is done? And where does work need to be undertaken to both help fish and wildlife in streams while at the same time benefiting Lake Erie downstream?

Thanks to the folks at Heidelberg University’s National Center for Water Quality Research, Brennan says that the effort had plenty of stream nutrient data to begin.

“First we had to look at where all those nutrients are coming from,” said Brennan. We used the data and extrapolated based on soil type and based on watershed characteristics. We were able to extrapolate some of that into areas where we didn’t have detailed monitoring to know exactly what was going on.”

The team looked at things like total nitrogen, total phosphorus and suspended sediment concentrations. Another important consideration, which hadn’t alway been considered in the past, included what was coming out of tile drains.

“Because 10 years ago, 15 years ago, we thought it was all just what was flowing off the top of the land, that the soil filtered all that through and that we weren’t having any of these nutrients coming out of the tile,” said Brennan. “Well now we know we’re getting about half the phosphorus coming out of that tile. So that was something that we had to do a lot of calibrations throughout the modeling activity to make sure that was getting accurately reflected.”

She and others then simulated the impacts of different erosion treatment options, like filter strips, cover crops or buffers to see how they’d affect the model. Nutrient management practices like fertilizer type or application rates were also considered. The group assessed how the practices would impact streams of most concern to those that were relatively in better shape. Brennan called the worst of these “hotspots” and the next worst the “lukewarm” areas. Investigators considered the effects of treating just the hotspots; treating both hotspots and lukewarm regions; and lastly treating the whole Western Lake Erie Basin, which is a vast 5.2 million acres in size.

“We get a lot of improvement when we start doing nutrient management,” said Brennan. “And I had a farmer on Monday tell me, ‘I want my phosphorus in my field. I don’t want it in Lake Erie.’ So it’s nice because the nutrient management meets the farmer’s goals as well.”

When it comes to total phosphorus, even if treatment is only done on the smallest number of acres, the hotspots, scientists found that we’re getting nowhere close to a 40 percent reduction. By ramping that up to include lukewarm areas, the target still gets missed. But if the entire basin gets addressed, the most unlikely scenario, the target can be reached.

The picture with dissolved reactive phosphorus is a bit different.

“We’re looking at so much dissolved reactive phosphorus that we’re not sure we can get there just by doing these practices, period. Whether — again, we’re seeing that big difference especially with dissolved reactive phosphorus,” said Brennan. “If we’re putting that fertilizer down the way it should go down, we’re putting the right amount, we can make an impact. But we may still not hit that 40 percent.”

Further complicating things is the hefty price tag that it would take to cover all of the treatments needed. Brennan says that $260 million every year would be required to pay for farm bill programs, contributions from farmers, staff time, etc., to get it done. The number is simply too high. And if focus were to go on just the hotspots, that would still require around $8 million.

“What we got from this analysis is that nutrient management is critically important,” said Brennan, segueing into an update on the Nature Conservancy’s 4R Nutrient Stewardship Certification Program that aims to encourage agricultural retailers and service providers to adopt best practices to improve long-term water quality of Lake Erie. The four Rs are: Right Source of Nutrients at the Right Rate and Right Time in the Right Place.

The program is just three years old, but has seen a great deal of success. At this point, Brennan says the Conservancy only expected around 20 percent of farmers in the Western Lake Erie Basin to be working with certified retailers. The number, instead, is around 40 percent. Its goal is 80 percent participation.

It has been so successful that folks in other states are taking a look at implementing it. These include Illinois, Indiana, Iowa, Kentucky and Michigan. Some are also looking at using it in southern Ohio, whose runoff has implications for the Ohio River, Mississippi River and ultimately the Gulf of Mexico dead zone.

“This program has taken off because, again, I think it makes sense for the farmers’ bottom line,” said Brennan. “They don’t want to fertilize Lake Erie. Neither do we.”

But what about the fish? Brennan says that management strategies meant to help Lake Erie can also result in better stream quality for fish.

“I think it was a little bit surprising to us that the Sandusky (River) really jumped out at us as some place that if you can be able to reduce the nutrient loading by 20 to 30 percent, maybe not even getting all the way to hitting that 40 percent, you’re going to see a big change in those streams getting higher quality,” said Brennan, noting much of the data for that portion of the work came from the Ohio Environmental Protection Agency and the Michigan Department of Environmental Quality. “Same thing in the St. Marys … and up in the River Raisin.”