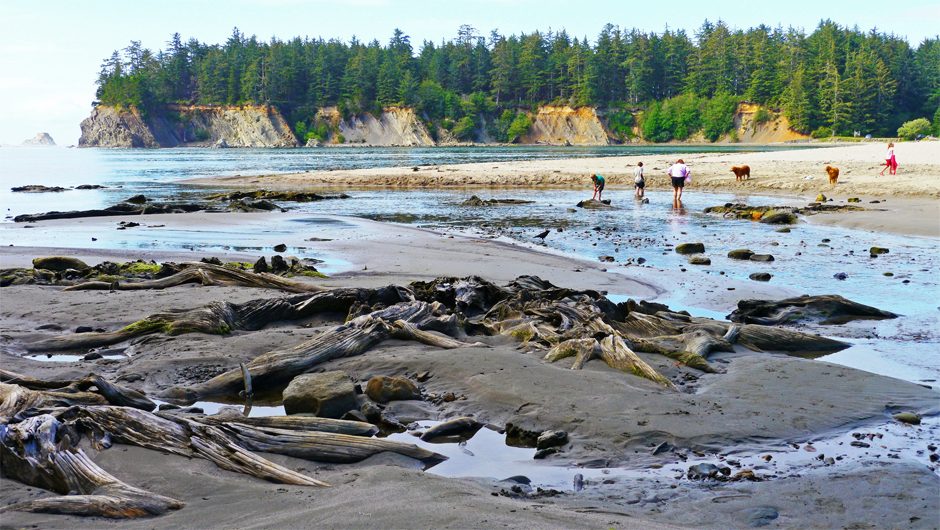 Around the world, the occasional phenomenon known as sneaker waves poses a threat to beachgoers. Unusually large sneaker waves in 2016 and 2018 prompted Oregon State University (OSU) researchers to investigate these mysterious events. The research revealed the presence of runup signals that can provide earlier warnings to officials, reducing risk from these dangerous events.

Dr. Tuba Ozkan-Haller of OSU spoke to EM about the research.

“Sneaker waves occur in the Pacific Northwest, but they’re also a worldwide phenomenon,” explains Dr. Ozkan-Haller. “Certain kinds of coastlines appear to be more well-suited to the occurrence of these waves. There are some characteristics that we know play into it, but there’s still a lot of unknowns too.”

Some of the characteristics that can make a coastline more susceptible to sneaker waves include a narrow continental shelf, and the ability to produce long waves.

“As you go away from shore, the depth increases, and you reach an edge; after that, you plunge into the deep ocean,” details Dr. Ozkan-Haller. “We refer to that gradually deepening area before the plunge as the continental shelf. Oregon, Washington, and northern California all have relatively narrow continental shelves in the sense that the plunge into the deep ocean happens not too far from shore.”

Beaches on the west coast of the United States also tend to be mildly sloping with relatively fine sand. The mild slope makes for large surf zones with many breaking waves.

“They are also subject to much longer waves—and by length I mean the distance between a crest and the subsequent next wave crest—than on the east coast because of the mostly uninterrupted stretch of the Pacific ocean,” Dr. Ozkan-Haller describes. “As storms travel over the Pacific ocean, they have ample time to kick up these waves unencumbered by land or any other feature to interrupt the process.”

Understanding the sneaker wave hazard involves a complicated physics problem, and a human problem as well.

Sneaker wave south of Coos Bay: Caught on camera. (Posted by The Oregonian, 2016)

Some of this the team has yet to tease apart. And although the majority of the problem appears to be physics, changing some human behavior might go a long way.

“Are injuries and fatalities possibly more likely to happen when there’s low wind because people on the Oregon coast tend to go hang out at the coast more then?” Dr. Ozkan-Haller queries. “Or because people tend to be a little bit more carefree when it’s a wind-free day? The physics hasn’t changed, but the likelihood of a fatality has increased.”

The team examining these fatal events over the last 10 years or so identified three general patterns that characterize them.

The team is confident about educating the public about the risk from these events.

“We think that we can with some certainty predict that there’s a high probability of wave overtopping for those structures already,” Dr. Ozkan-Haller says. “So actually, the events shouldn’t have been unexpected, but the people at the time did not necessarily know enough about the ocean to make the right judgment.”

The third type of event, which includes incidents on open beaches without structures or hard features, is more difficult to explain.

“That’s where the physics starts getting really complicated,” remarks Dr. Ozkan-Haller. “There are competing hypotheses concerning how these waves are generated, and we are evaluating them to determine which predicts most accurately, and might have potential as a forecasting tool for the National Weather Service (NWS).”

When it comes to predicting the physics of natural phenomena that feel “sneaky,” we humans often turn to machine learning to detect patterns that are more difficult to identify.

“If humans can detect a pattern, machines should be able to as well, and use it to create a rule book, but right now, we don’t have enough data for machine learning tools to do the learning with,” states Dr. Ozkan-Haller. “But we are exploring the physical mechanisms behind these waves to make predictions with machine learning in a different arena, to do wave height predictions along the coast. We find that the physics-based models do a pretty good job for the intermediate- and larger-sized waves, but they generally under predict the largest waves.”

The team is, therefore, employing machine learning algorithms to tell them under which conditions the physics-based models tend to underpredict, and then asking them to correct the problem.

“With that hybrid approach, you’re using the best of both worlds,” comments Dr. Ozkan-Haller. “We’ve got these physics-based models, but we’re adding a layer of machine learning on top of that to actually improve them.”

The latest advance the team has made involves a particular sneaker wave event from January of 2016. 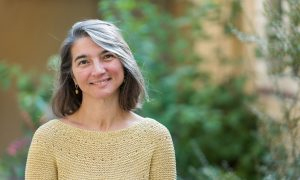 “There are many videos available of unusually large runup events on a multitude of beaches up and down the coast of Oregon,” explains Dr. Ozkan-Haller. “We also have tide gauge data, from gauges sampling fast enough to not only sample the tide as they were designed to do, but also to sample the water level variations inside these very large, pronounced estuaries.”

The evidence from multiple sources indicates to the team that the sneaker wave effect isn’t just localized, but coast-wide.

“That realization eliminated some of the more local hypotheses for generation and helped us focus more on larger processes,” details Dr. Ozkan-Haller. “On these open coasts there might be multiple things happening, but we think that on that particular day, there were what the NWS likes to call forerunners of a storm.”

Forerunners are not the largest, but the longest waves that a particular storm generates. They arrive first, hence their name, with larger, shorter waves arriving later.

“So there’s an evolution to a storm, if you will, with these forerunners as the first sign of one approaching,” Dr. Ozkan-Haller describes. “They are associated with water level variations that are also very long, which we think cause these large runup events.”

If forerunners are in fact associated with sneaker waves, scientists should be able to study storm patterns to estimate, based on length and size, when forerunners will arrive. This, in turn, would help to predict the timing and size of the runup events to be expected during any given timeframe.

And although prediction can create weather “chasers,” Dr. Ozkan-Haller emphasizes the importance of a well-informed public.

“Frequently the fatalities are children or young adults,” comments Dr. Ozkan-Haller. “And sometimes it’s multiple fatalities from the same family at once, because when a child gets pulled in, often a parent or relative follows to rescue them, and they too drown. This happens year after year, so to me, it feels like we have a moral responsibility if we can predict these things to do so.”

Not taken by surprise

The January 2016 events crystallized the importance of prediction and planning for the team.

“I always emphasize whenever I talk to somebody about sneaker waves that beachgoer behavior is really important,” adds Dr. Ozkan-Haller. “On Oregon’s coast, we’ve got lots of visitors. There are warning signs on many of the beaches that say, ‘beware of sneaker waves, don’t turn your back on the ocean,’ but often they haven’t even heard of a sneaker wave.”

Not turning your back on the ocean is wise, because it’s still better to see a sneaker wave coming—but seeing one coming is hard to do.

“You can’t really tell from what the waves look like further offshore whether or not any particular wave is going to result in a sneaker wave runup, so the solution is to be prepared, and to always have what I like to call an exit plan,” says Dr. Ozkan-Haller. “When I go to the beach, from the get-go, I put down my chair, and determine the fastest route to higher ground. Having that exit plan in place means that when that sneaker wave suddenly comes up the beach, you don’t have to think and make that decision, you can just run.”

In fact, the reason the team had such rich evidence to work with is that many of the videographers that January had a warning.

“That particular video was actually the second sneaker wave event that happened that day, the first one happened maybe seven minutes prior,” details Dr. Ozkan-Haller. “They knew that there was a possibility because one had already washed way up the coast, so they were kind of waiting for the second, and in that sense, they were prepared to run.”

Advanced planning is also important because time is of the essence when a sneaker wave arrives.

“Kids play on the rocks down the beach, and the next thing you know, a large runup event occurs and sweeps them off the rock,” Dr. Ozkan-Haller shares. “Off the Pacific Northwest, it’s pretty cold, so usually people are wearing heavy coats and boots. In the water, all that stuff gets heavy really fast, so it’s difficult to remain floating, and the water is very cold. You don’t have much time.”