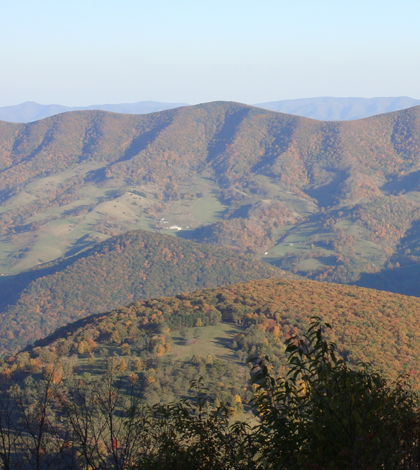 Those who live in West Virginia have seen the effects of mountaintop removal firsthand. The controversial practice is hard to miss, as it relies on massive earth-moving machines to rip open coal seams near the surface.

The destructive practice has been going on for decades in the state. Over the years, its effects have been seen and felt, not just by those nearby but by others downstream who have to deal with changes to water quality. These come after mining activities lead to buried headwater streams and contaminated waters downstream.

But how much further do the impacts of mountaintop mining go? According to a new study out of Duke University, the mining practice has been so pervasive in the West Virginia portion of Appalachia over the past 40 years that it has reshaped the contours of the region. Scientists involved in the effort have found that parts of the region are a full 40 percent flatter than they were before mountaintop removal practices began.

The study, which compares pre- and post-mining topographic data in southern West Virginia, is the first to examine the regional impact of mountaintop mines on landscape topography and how those changes might influence water quality.

Researchers say that assessments like this one, which took a large-scale view of the impacts to topography, are rare. That may be because mountaintop mining is not terribly common in other parts of the U.S. But in the region they considered, scientists say it takes up more than 10 percent of the land. It is also the most wide-ranging form of mining that takes place in the region, and so the impacts of the practice are deep and extensive.

In mountaintop mining, bedrock is blasted away to uncover coal seams below the surface. Excess rock is deposited in nearby valleys, creating what are called valley fills. By comparing digitized topographic maps from West Virginia before mountaintop mining became extensive with elevation data collected by aircraft in 2010, the researchers found that the mines and valley fills could range anywhere from 10 to 200 meters deep. Across the region, the average slope of the land dropped by more than 10 degrees after mining took place. As part of the study, scientists worked with Duke University’s Data+ program to develop a web-based application that allows users to toggle between pre- and post-mining topographic maps in each watershed of the study area. The app visualizes how the landscapes have been flattened by the transfer of rock from mountain peaks to mountain valleys.

Researchers say that impacts of human actions are typically measured by looking at the areas they affect. But since mountaintop mining goes so much deeper into the Earth than other activities in the region, such as forestry or agriculture, it actually can change the interactions between geology, vegetation and water in ways that are much more persistent over the long term.

Of particular interest to the scientists is how the conversion from solid bedrock to porous valley fills changes the way that water moves through an area, and whether this increases the likelihood that water will pick up mine pollutants.

Essentially what this means is that an area goes from having shallow soil that is between half a meter and 2 meters deep, to something that is like a soil that is 100 meters deep. The way the water moves through those two different landscapes is very different. More variability is introduced thanks to the sizes of valley fills, which can range from that of an Olympic-sized swimming pool to the size of 10,000 Olympic swimming pools combined.

Results of the study indicate that there’s a correlation between the total volume of displaced rock and the concentration of certain pollutants downstream, researchers say. And they note that there are data sets showing how water quality impacts can last 30 years while effects to geomorphology can last thousands of years, influencing erosion and landscapes far into the future.

Hopes for the findings are that they can be plugged into land management schemes looking to improve the Central Appalachian region. Full results of the work are published in the journal Environmental Science and Technology.