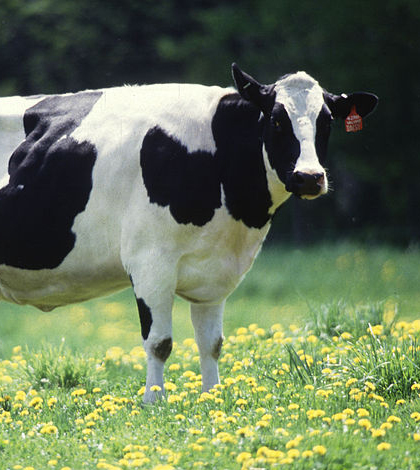 Ruminant livestock, including beef and dairy cattle, as well as goats and sheep, account for about 27 percent of methane production in the U.S., making them significant contributors to overall greenhouse gas production. An ongoing study from Arizona State University is exploring whether these same livestock might actually help sequester carbon from the atmosphere when managed under some innovative practices.

Using a technique called adaptive multi-paddock grazing, farmers would delegate livestock to small fields for short periods of grazing. Livestock are ushered between a greater number of fields more frequently than in traditional management schemes, emulating the migratory habits of wild herd animals.

When managed under the multi-paddock technique, livestock move on to the next field every few days. Depending on the number of fields in the rotation, plants are given between 30 and 90 days to recover from prior grazing. During that period, they have time to take up atmospheric carbon, which is stored in the soil when the plants die. This simple process can sequester an additional 30 tons of carbon per hectare per decade when compared to traditional management techniques.

Previous research from Texas A&M in 2011 shows that adaptive multi-paddock grazing improves vegetation, soil and livestock health. The ASU team built on that research, but took their study further by developing a narrative film based on the research process.

The 2011 study by Richard Teague, et al, of Texas A&M was conducted in part as a rebuttal to the 2008 paper. Teague’s study examined multi-paddock grazing at ranches that have employed it for at least 10 years, paying special heed to the economic, social and ecological concerns held by many ranchers. It points out that the vast majority of conservation awards over the past two decades have been granted to ranches managed under multi-paddock methods.

The ASU research is still underway, and is combining the efforts of scientists from the university’s SoilCarbon Nation team, as well as members from the Walter Cronkite School of Journalism and Mass Communication.