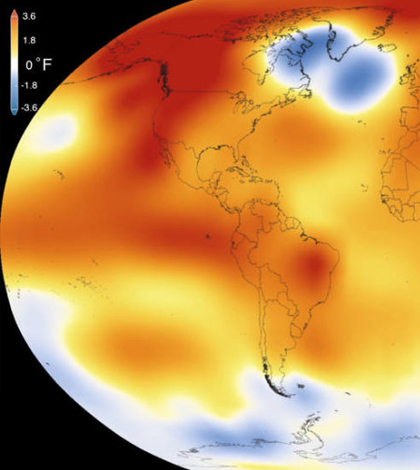 Global warming continues, bringing with it higher average temperatures all over the Earth. Of recorded temperatures since 1880, when records began, the highest 15 out of 16 have occurred since 2001. In a release from NASA, researchers indicate that 2015 went down in history as having the highest surface temperatures ever recorded.

Measurements were studied with an algorithm that allowed for variances due to uneven placement of temperature-gathering stations around the globe and urban hot spots because such variances could skew results if not accounted for. The NASA group used a baseline from 1951 to 1980 as their point of comparison for later temperatures. The NOAA research group used the same raw temperature data but a different baseline. The NOAA group also analyzed polar regions and global temperatures using different methods than NASA.