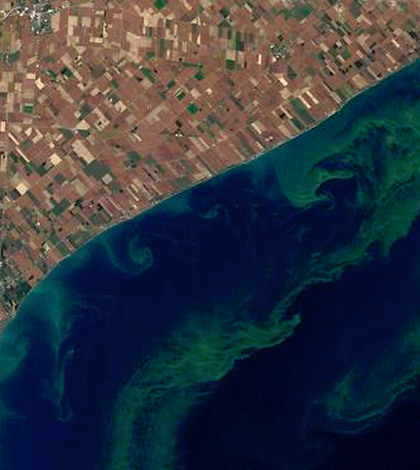 A new partnership between federal agencies plans to use color-sensing technology via satellite to detect harmful algal blooms.

According to a release from NASA, the scientists will take advantage of ocean color data from a handful of satellites, including the European Space Agency’s Sentinel-2 and Sentinel-3. None of the satellites are equipped to send a useful format of data to local environmental and water quality managers. A new format developed by the project will be quicker than water sampling for warning public health administrations about impending blooms so they can take action.

The partners are hopeful that this technology will make forecasting algal blooms easier and will uncover precisely why these events have occurred more often in recent history.