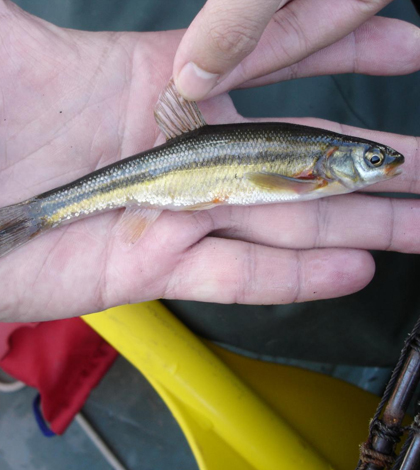 It’s no secret that anglers have been the means by which invasive species and non-native fish have spread to new water bodies in the past. Fishermen have even been known to transport some of their favorite fish to new areas on purpose so that they can catch them a little closer to home. And the results of those actions have not always been ideal.

In Ontario, Canada, fishermen have taken non-native bass and stocked them into what were historically lakes dominated by brook and cutthroat trout. The actions have impacted ecosystems, but scientists have been unable to broadly study the effects because they didn’t have enough data. But that is no longer the case for some Ontario lakes, as a study from biologists at the University of Toronto shows.

The study looked at three species of bass: largemouth, smallmouth and rock, and their effects on 30 other fish species in 1,500 Ontario lakes. All three bass species are warm-water fish expected to move farther into northern Canadian lakes as climate changes progress. Scientists were able to use historical data covering some 10,000 lakes from the Ontario Ministry of Natural Resources and the Royal Ontario Museum as a baseline for comparison. The approach involved comparing the old data, gathered decades ago, to new data collected after non-native bass made their way into the 1,500 lakes.

“One of the real strengths of this study is the sheer number of lakes we could look at,” said Don Jackson, professor of ecology and evolutionary biology at the university. He was assisted in the work by Karen Alofs, a postdoctoral researcher. “If you’re only looking at one lake, you might not see all the effects.”

Jackson says the work draws on techniques that have been used in the past for public health studies that look at mass populations and estimate risks, like the odds of developing some sort of disease, for example. The sort of large-scale comparison he and others employed, he says, helps to show what factors are important in gauging effects the non-native fish have had on other fish species in the lakes.

Researchers looked at the effects the bass had, whether they were positive, negative or non-existent, says Jackson. “With the fish species, we looked at the lakes that historically didn’t have bass present in them,” said Jackson. “Then we take those lakes and see them 30 years later, and bass have either established or they have not established. We get two groups of lakes. Then, what we’re doing is looking to see with the fish species that were there originally is how much they’ve changed — loss or gain.”

Jackson gave examples of fathead minnows and dace, two fish species that were common in the lakes under study. The two species are preyed on by trout, and so impacts to their populations are felt up the food chain by native fish.

“When bass were introduced to lakes, fathead minnows and dace were almost driven to extinction,” said Jackson. “They don’t do well.” But instead of only hurting populations of native trout, Jackson says the introduction of non-native bass was sometimes found to have an unexpected effect.

“If we look at the bass and brook trout, you’d think they might compete and have more difficulty finding food,” said Jackson. “We find that it’s actually leading to losses in both populations” in some lakes. In other lakes, scientists discovered still more unexpected relationships. For example, there were lakes with more established bass populations that had higher populations of yellow perch.

Those and other results of the work can be easily applied to regions in North America, says Jackson, as well as elsewhere around the world since bass have been stocked so extensively.

“If you were to pick areas in Minnesota or Wisconsin, a lot of the fish communities are very similar and you’d find many of the same things going on there,” said Jackson. “And other ones where there’s a similar predator-prey relationship too.”

Full results of the study are published in the journal Proceedings of the Royal Society B.