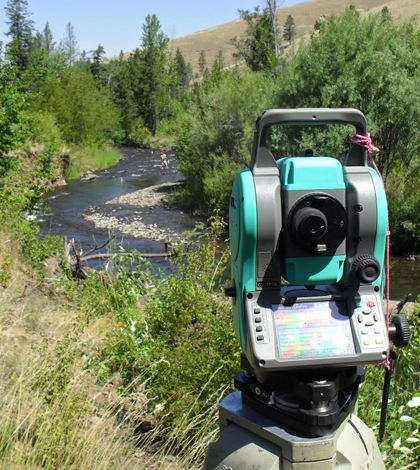 Riparian corridors provide water and hospitable land which can allow creatures to migrate. In many cases, however, many animals lack access to such pathways and are unable to migrate if the need arises. As the climate continues to change and human populations continue to increase, it will be more important in the future for creatures to be able to move to habitat that better suits their needs for food, shelter and security.

Luckily, researchers like Alex Fremier, associate professor of riparian and aquatic ecology at Washington State University, are working to solve that problem. As Fremier and others have discovered, many of the pieces to provide the necessary riparian corridors for animal migration all over the country already exist; it is just a matter of connecting the pieces so that animals can take advantage of them.

Fremier has been working on aquatic and terrestrial management issues with connecting parks and other protected areas. His hope is to join resources that already exist and use laws already in place to create a better environment for animals that may need to migrate as their habitats change. His paper on riparian corridors is intended as a “gauntlet paper” as he calls it, which means he and other researchers are pitching it to the community at large and asking for community support in their efforts.

Fremier is not currently conducting field data collection, but is rather using datasets that already exist. Fremier uses a geographical information system which allows him to capture, analyze, manipulate and manage needed spatial and geographical data. For him, hydrography maps from the U.S. Geological Survey are the backbone of his research.

He uses a protected area database, which gives him data on all existing protected areas as well as most public lands. He also uses the National Conservation Easement Database, which contains information on which lands are under conservation easements and whether the land is in short-term or long-term easement. These properties could become part of the larger riparian corridor network Fremier and others are hoping to build.

“Riparian corridors, conservation easements, parks, protected land and networks set up to manage them all vary a lot from state to state,” said Fremier. “California is different from Colorado, which is different from the upper Midwest and the Northeast.” In the next stage of his riparian corridor project, Fremier hopes to create electronic maps for landowners so they can look at all the data gathered on their land and consider whether becoming part of a corridor network would be beneficial for them.

Fremier also hopes to spatially coordinate riparian corridors, and focus on water quality. “Is it a stream region we can easily restore? What is the surface water quality? These are the questions we hope to be able to answer,” he said.

So far, Fremier has done a preliminary geographic analysis and policy analysis of the feasibility of connecting riparian corridors, and has looked to see if there was any bias for protection using GIS information.

“I’ve seen a lot of positive indicators,” he said. “And there is a certain bias in the U.S. for protecting riparian areas which is good.”

While the pieces seem to be there, there is no clear coordination of riparian areas yet. “That’s what we’re aiming for,” said Fremier. “Riparian restoration tends to be local and oriented toward protecting a specific species. Our study tries to go beyond the local motivations and we didn’t want to be limited by the movements of a specific species.”

Fremier says it’s also important to look at whether there would be winners and losers if riparian corridor connections are made.

“Pronghorn and antelope escape predators in the open, so they wouldn’t use riparian corridors, for example,” said Fremier. “In the next step of our work, we will need field biologists to find real details of riparian movement and which species will use it.” Fremier says cameras will likely be important tools for tracking species movements.

Fremier and his colleagues have been active in engaging the community and getting support for their riparian corridor connection project. He has been giving talks at Washington State and has been getting some attention for the idea. Fremier has also been working on a beta version of the GIS program which would allow spatial overlay, aiding landowners in visualizing their terrain and deciding how they could use their land to help preserve a given species.

He is also looking at a water quality input. Water quality includes considerations such as how to protect water from agricultural chemical runoff and soil erosion. “The Yukon and Yellowstone areas already have nice connectivity. We think of them as good examples of what we hope to achieve in other areas,” said Fremier. “We would like to connect things at the watershed scale.”

But there are still many areas that would benefit from riparian corridor connections, Fremier emphasizes. “We were surprised that no one had brought all the pieces together that already existed. But our recent paper published in Biological Conservation is a first step in establishing that connectivity.”

Some important pieces that already exist include the Farm Bill, which would support connectivity work. There are also Landscape Conservation Cooperatives and there is the great Northern eco-region, which is coordinated ecologically and has funding and policies in place which would allow for riparian corridor connection.

“A challenge is that many of the pieces are coordinated under states right now, which makes political but not ecological sense,” Fremier adds.

Connecting riparian corridors also requires people in different areas of expertise, such as ecology, wildlife and environmental policy. Currently, Fremier works with nine other people to cover all the bases. Amanda Stahl, a doctoral student in his lab, for example, provides geology, conservation and legal expertise to the team while several graduate students perform computer programming and macroscale biology and ecology work.

Fremier emphasizes, “Once you get into the work of connecting riparian corridors, you need people. You need social connectivity to get riparian connectivity.”