Plenty of plastic in the Great Lakes 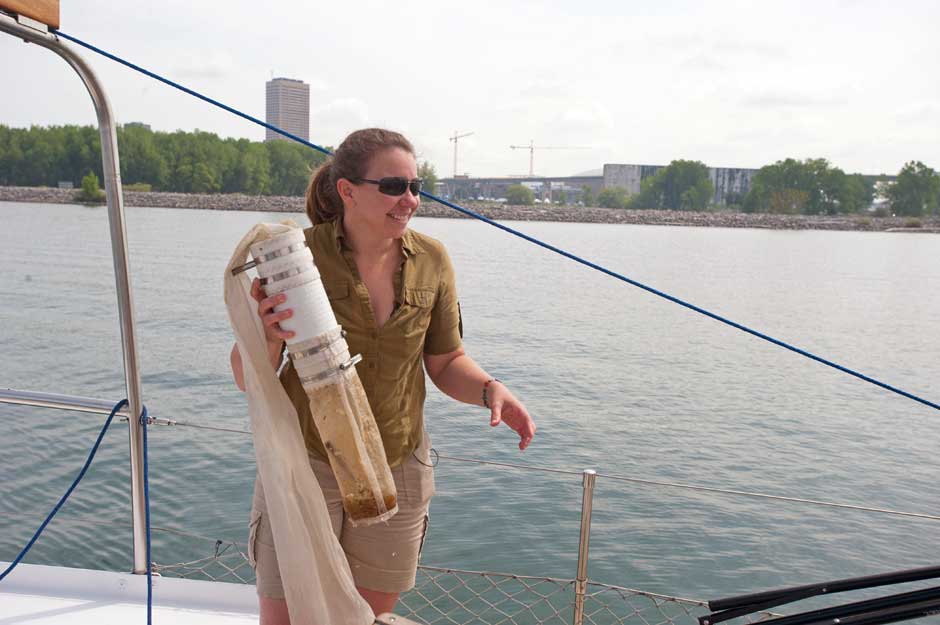 Despite the high profile of plastic pollution in the ocean, the same problem in the Great Lakes is not well understood.

“Believe it or not, we’re kind of in the early stages of understanding plastic pollution in the Great Lakes,” said Sherri Mason, sustainability coordinator and professor of chemistry at Penn State—Behrend. She’s one author of research published in January in the Journal of Great Lakes Research examining the levels of plastic in Lake Erie and, for the first time, Lake Ontario.

The research revealed the highest level of plastic pollution in any of the Great Lakes occurs in Lake Ontario. Lake Erie was a distant second. Click To Tweet

Mason’s research relied on seizing opportunities to sample the lakes when they presented themselves.

When a boat was available, it was rigged with a manta trawl, a net that skims the surface of the water and collects what’s floating near the top of the lake. After a half-hour, whatever the trawl collected was removed and packaged up to be taken back to a lab. 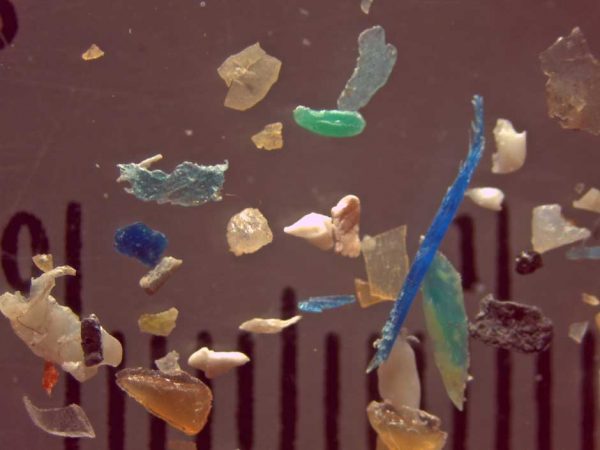 In the lab, any organic material was decomposed and the remaining plastic was analyzed for abundance, shape and size. That information ran through a computer model, provided a look at the plastic across Lake Erie. The modeling allowed researchers to estimate that Lake Erie’s surface had 475 million plastic particles, weighing 6.45 metric tons (over 14,000 pounds).

While it wasn’t possible to run the same models for Lake Ontario, by comparing the samples from both lakes, it’s clear that Lake Ontario has far more plastic. Lake Erie had an average of 45,000 particles per square kilometer, while Lake Ontario averaged 230,000.

Lake Ontario has high numbers of plastic particles for a reason, Mason said. Every scrap of plastic in any Great Lake will flow through it before reaching the sea. But, Lake Ontario also gets a lot of plastic waste from several major metropolitan areas, the largest of which, Toronto, hosts major plastic production.

The sample with the highest amount of plastics came from right outside of Toronto.

The plastic’s shape—or morphology—tells part of the story of plastic pollution in the Great Lakes.

Pellet-shaped plastics are most likely pre-production plastics. This means it got into the Great Lakes before it was made into a consumer product, Mason said. Forty-six percent of the plastic removed from Lake Erie was pellets, while 12% from Lake Ontario was.

Pellets could also be microbeads from personal care products. Future sampling would likely see a decline in microbeads since they were banned nationwide in 2015. A Canadian ban went into effect in 2018. 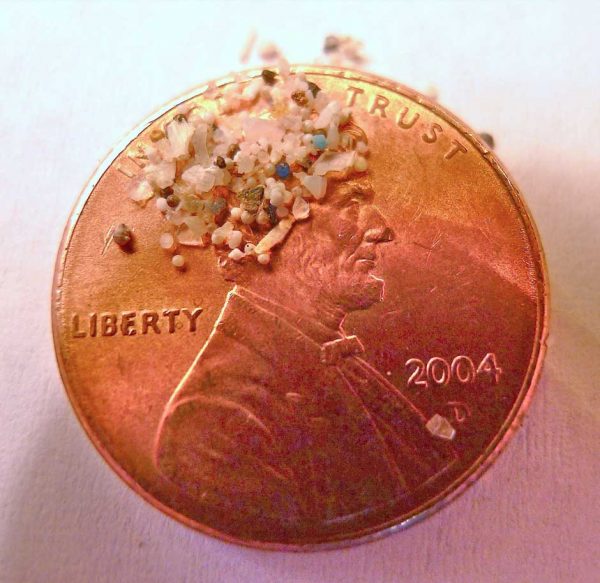 Microbeads like these were banned from personal care products, but are still found in the Great Lakes. (Photo courtesy of Sherri Mason)

A smaller percentage in both lakes came from fibers (9% in Lake Erie and 2% in Lake Ontario). This is evidence of clothes made from plastic, which shed fibers in the wash, Mason said.

Overall, most of the plastic found in the lakes are fragments of larger plastic items that have broken down. In Lake Erie, 42% of particles were fragments. In Lake Ontario, 76% were.

These fragments come from plastics that have been manufactured, used and discarded.

“It’s the stuff that we’re using that we find out there,” Mason said. “As a consumer, if you make conscious choices to use less plastics, we are going to find less plastic in the water. It’s that simple.”

Plastic production is set to continue increasing for years to come, but there is evidence that the public is interested in reducing plastic consumption.

Mason doesn’t lay all the blame at the feet of the public. Industry should be responsible for their products, she said. But she is optimistic about the power of people to shift the trends of plastic pollution for the Great Lakes.

If a solution for Great Lakes plastics is found, the lakes will still have a long way to go before they are plastic free.