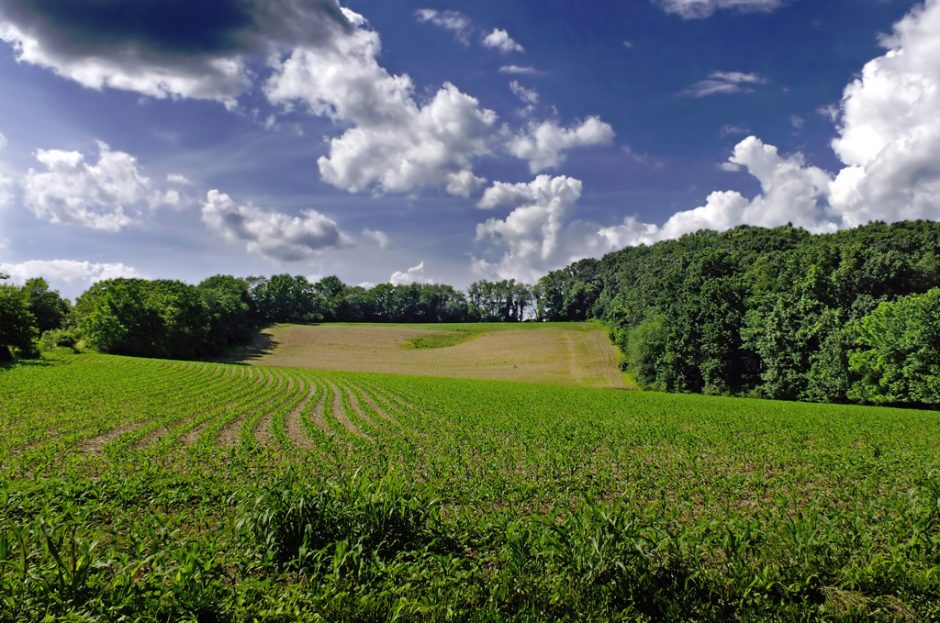 A lot of scientific studies are aiming to find solutions for Lake Erie’s harmful algal blooms. Some of those are looking into best management practices and the right mix in which to apply them. But there are some questions that remain as to what some of those things could cost, and whether their use would net positive benefits overall.

Brent Sohngen, a professor in the Department of Agricultural, Environmental and Development Economics at Ohio State University, has done some research into some of the economics behind solving harmful algal blooms in Lake Erie. He recently shared some of his findings during a conference call with Great Lakes reporters at the university’s Stone Lab.

One big takeaway from Sohngen’s talk is that there are sometimes unintended consequences to best management practices. He referenced the use of conservation tillage in the 1990s, which he showed through a model did help to reduce phosphorus but didn’t result in as stable a drop as expected.

With that in mind, he stressed that best management practices can have unintended effects that policymakers and others should be mindful of in the future.

Sohngen also looked at a few routes that could be used to reach Lake Erie’s 40 percent phosphorus reduction target and the costs associated with them. In addition to conservation tillage, some of these included cover crops, a phosphorus tax and farming subsidies.

Costs for reducing phosphorus come to about $196 per kilogram when using cover crops, he says. And that includes $40 per year per acre that’s paid to farmers to implement them.

The effectiveness of cover crops is around 38 percent on average. Also, taking into consideration the land that has to be taken out of production to accommodate the crops, the practice is fairly expensive compared to other options out there.

“… To actually implement those cover crops and if you’re doing flyovers and other kinds of things to actually do any of the planting for that, then you’re probably higher than $40,” said Sohngen. “Those are pretty capital-intensive things to put in and of course you have to put them in over big chunks of a field to have widespread effects. So they’re relatively expensive at least with respect to attached phosphorus.” A farmer sprays a field of crops. (Credit: Flickr User eutrophication&hypoxia / CC BY 2.0)

Phosphorus taxes or subsidies appear to be some of the most effective options. Taxes aren’t really seen too positively, but using subsidies to achieve the same goals is also an option.

“The tax that it would take to do that is enormous, because the demand on phosphorus is fairly inelastic. Basically it would mean, to get a 40 percent reduction, you’d have to have a 135 percent increase in phosphorus prices,” said Sohngen. “That’s big and probably not attainable politically, but it tells us what it might cost to actually do this activity.”

The 135-percent figure sounds like a lot, but it’s actually comparable to what we already spend in conservation dollars from the U.S. Department of Agriculture (USDA). Across parts of northwestern Ohio, northeastern Indiana and southern Michigan, Sohngen says it would take around $38.4 million dollars per year to hit the 40 percent target. That’s nearly $8 per acre.

“These costs are actually not astronomical and given that we actually already spend $14 per acre with USDA money doing conservation programs,” said Sohngen. “So a phosphorus tax looks and sounds crazy but it actually turns out to be one of the most cost-effective things. … With a 5 to 10 percent tax or user fee, we could see a big benefit.”

But we don’t have to tax farmers to get the same result, Sohngen says, proposing that a subsidy to farmers could achieve the same goals with less of a burden. Instead of mostly subsidizing them for planting specific plants, he suggests subsidizing for conservation practices and reductions in phosphorus.

The right price to pay farmers that would be equivalent in effectiveness to a tax, his group estimates, is a little more than $2.50 per acre. From there, it would be a matter of limiting the amount of phosphorus, on average, that farmers apply to their fields. Sohngen says 35 pounds is a good figure.

“Some (farmers) want to put 60 or 70 pounds of P2O5 (fertilizer) on, and that would be fine. They just have to have an average across all their land of 35 if they want to get that subsidy. Some fields get 60, some get zero,” said Sohngen. “They then have that responsibility to figure out which are the most important to put that phosphorus on in any given year and it becomes a management issue. It’s something they’re already familiar with and they’d be able to figure that out pretty easily.”

But in reaching the 40 percent reduction goal, he doesn’t endorse any one method, instead noting that the path forward isn’t likely to be a straight one.

“Probably the most effective strategy is going to include a little bit of everything. There’s a lot of people out there with a lot of different farming techniques and technologies, and it’s nice to have a menu of things to choose from,” said Sohngen. “Putting together a menu of things for farmers to choose from is probably going to be the most effective way to crack this really, really big nut.”