Post-Florence Update From the Waccamaw Riverkeeper 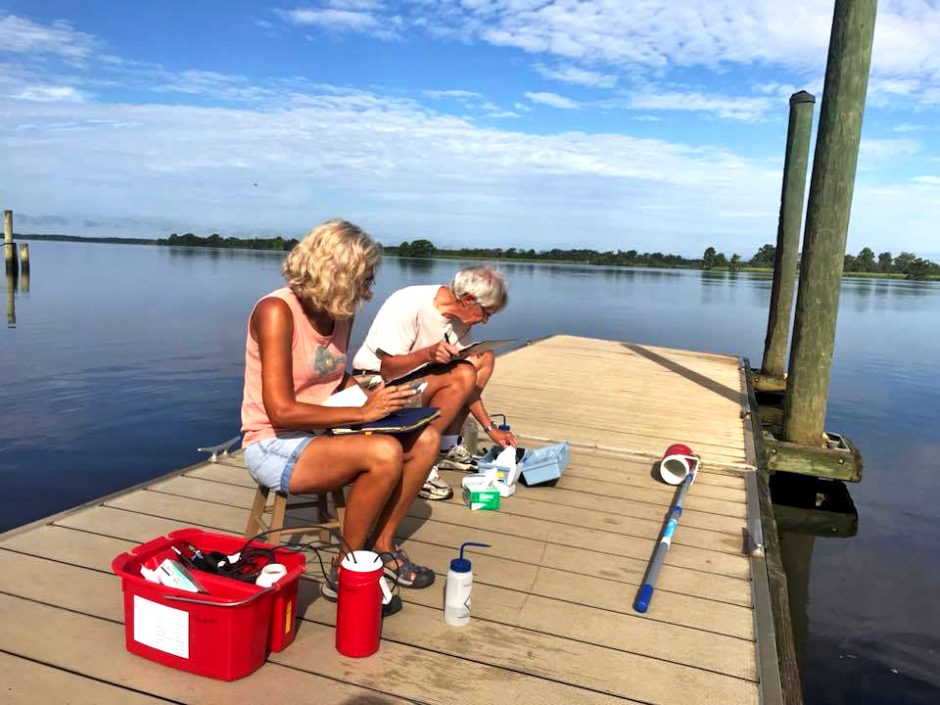 After Hurricane Florence hit the Carolinas, fish kills were a common sight in Waccamaw River as dissolved oxygen levels dipped below one milligram per liter, affecting the water quality. Volunteers assisted Waccamaw Riverkeeper Cara Schildtknecht, who spoke to EM about the post-Florence water quality monitoring efforts, both before and after the storm.

“We have been testing water quality throughout our watershed for over 12 years,” explains Ms. Schildtknecht. “It started out as a project in response to the national pollution discharge elimination system stormwater phase two permitting. We work with the Waccamaw Watershed Academy to organize our volunteers and get them out, and the Waccamaw Riverkeeper serves as the field leader. I provide technical support to the volunteers.” 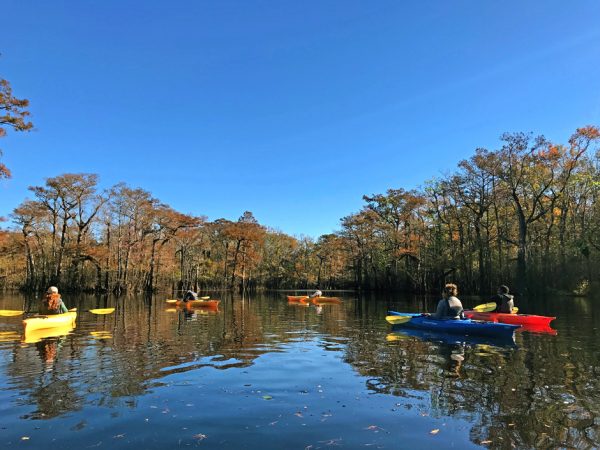 “We give them lab training, and show them how to use the meter and how to do any other analyses,” details Ms. Schildtknecht. “We monitor for bacteria and turbidity and also use nutrient strips in addition to the meter that we use. Once they feel comfortable, they perform a test in the field to show that they know how to use the equipment, and then they’re good to go.”

To ensure the volunteer teams stay sharp with their skills, the Riverkeeper provides annual checks.

“Once a year, we go out and do what we call a site visit, visit the teams and make sure that they’re not having any issues and provide retraining to make sure everything is still going well,” Ms. Schildtknecht describes. “That helps us do quality assurance. We know that our volunteers know what they’re doing, and we know that we’re getting good data that we can trust.”

Ms. Schildtknecht emphasizes how important it is to the team to acquire only good quality data.

“It’s one thing to have citizen scientists collecting data, but if you can’t use that data for something, then what’s the point?” asks Ms. Schildtknecht. “So we try and get the best data that we can. Obviously, it’s not state certified data, but we do report our findings back to the local municipalities if we see an issue. They will use our data to conduct further investigations.”

This is a common issue for riverkeepers across the country, and anyone working in water quality, in that the area is so reliant on volunteers. The ability to prove that decisions are being based on good quality data is essential. 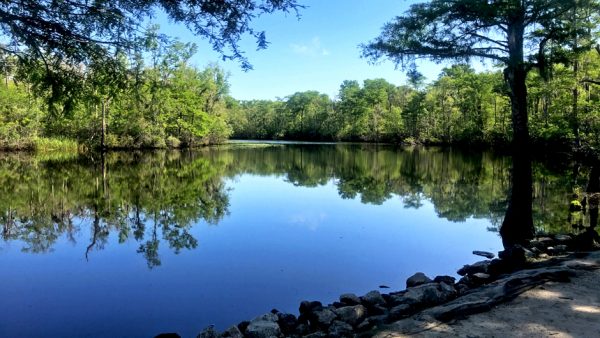 “We only have credibility because our data is credible, and that’s in part due to the training that we do and due to the longevity of our program,” remarks Ms. Schildtknecht. “We have a whole series of standard operating procedures that the volunteers receive. It’s a pretty in-depth training that they get, and we have yearly data conferences, where we go over some of the tips and tricks of monitoring. We also have a volunteer luncheon every year where we do the same things, and as I said, we provide retraining opportunities. So it’s pretty robust.”

Florence comes to the Waccamaw River

This existing water quality monitoring program was already in place when the storm came.

“This is probably a bad pun, but we got wind of the storm in early September,” quips Ms. Schildtknecht. “We had scheduled sampling for the second Wednesday in September. We canceled that sampling because we wanted to give our volunteers the opportunity to evacuate, to get their homes together, and do whatever they needed to do because we wanted them to be focused on their safety, not getting the data.”

At first, it seemed like the storm would miss the team, but then things took a turn for the worse.

“This was historical,” states Ms. Schildtknecht. “The river reached heights that it has never reached before, and so that second sampling in September also had to be canceled because quite literally you could not sample. The sites that we sample are typically boat landings, and they were all pretty much flooded.”

Sites that were not destroyed were inaccessible, and many were simply gone.

“Even months after the event, we still had sites that were difficult to sample,” comments Ms. Schildtknecht. “One site completely lost its dock and we were desperately trying to find a backup or just do the best we can. But because we’re committed to producing good quality data, we don’t want to change our sampling site, because we’ve sampled the same site for years and years and years. So we’re just doing the best we can right now. Our volunteers have gotten back out there, and they’re amazing. I cannot give them enough props. If we would have let them go out during the storm, they would have.” 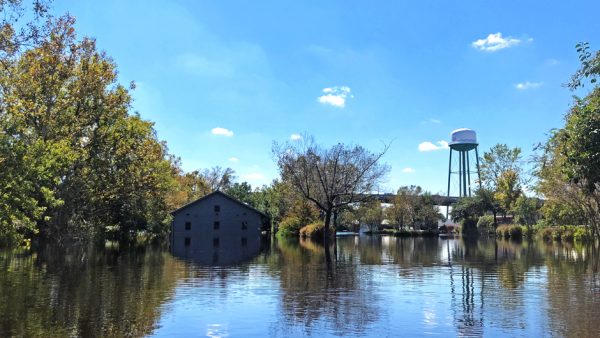 Downtown Conway, SC flooded by the Waccamaw River in the aftermath of Florence. (Credit: Cara Schildtknecht, Waccamaw Riverkeeper, via source)

The flooding was so extensive and so intense that there is little water quality data for a significant chunk of time during Florence.

“USGS had to pull their water quality gauges, so the only data we have from the storm is from one volunteer who samples at her house,” adds Ms. Schildtknecht. “She also happens to be the director of the Waccamaw Watershed Academy, a professor here at Coastal Carolina and was my advisor when I was a grad student. She sampled throughout the storm every other day. The only chunk of data we have from that storm is from her.”

During major storm events such as Florence, it is common to lose data points, because there’s no safe way to sample without losing equipment or even life. Even automatic sampling stations are sometimes in jeopardy during a Florence-level storm event.

“They’re set up expecting the water to be at a certain depth, and if that water rises too much, as it did at many places, it can become inundated,” explains Ms. Schildtknecht. “That equipment is so expensive; they can’t just let it out there and hope that it won’t be impacted. A lot of that professional sampling equipment was removed prior to the flood.”

The biggest issue for the river after the storm was low DO levels.

“We’re a blackwater river, and we have low dissolved oxygen typically, but we were seeing levels that were so low that even aquatic life adapted to low dissolved oxygen was being impacted,” states Ms. Schildtknecht. “We had severe fish kills throughout the river because when our wetlands flood, all the organic matter that’s typically on land in these wetlands washes into the river where it decomposes. 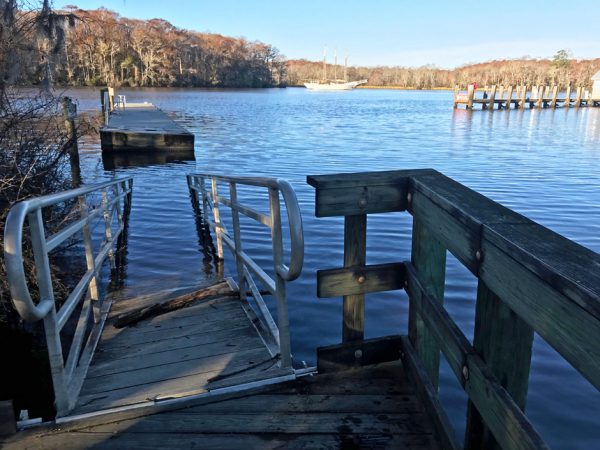 That decomposition uses up substantial amounts of oxygen. Fortunately, the Riverkeeper is seeing the dissolved oxygen come back to normal levels.

“That was one of the things we were really concerned about,” confirms Ms. Schildtknecht. “A fish kill is very easy to see. We can have water quality issues that people don’t see. If you have tons of dead fish in people’s yards because they’ve been flooded, that’s a little more visible.”

The Waccamaw volunteers are a very motivated group, mostly composed of retirees in Myrtle Beach, South Carolina. Some are also students and other members of the Coastal Carolina University community.

“We had a homeschool group that was sampling for us,” details Ms. Schildtknecht. “We also have a campus monitoring program. Our offices are based out of Coastal Carolina University, and we work directly with the Waccamaw Watershed Academy, which is part of the university. There’s an independent study course that is done every semester that gets students from campus to monitor water quality on campus for credit. Before I had this job, I was a graduate student here at Coastal, and I ran the campus monitoring program. They get the same training and monitor the same parameters that our volunteers do.”

One of the volunteer program’s strength is its continuity; people stick with it and enjoy doing the work.

“We’ve been doing this for over 12 years, and we have volunteers who have been monitoring with the program since the very beginning,” Ms. Schildtknecht describes. “They know every Riverkeeper that’s come on since. They know all about their site. They’re incredible.” 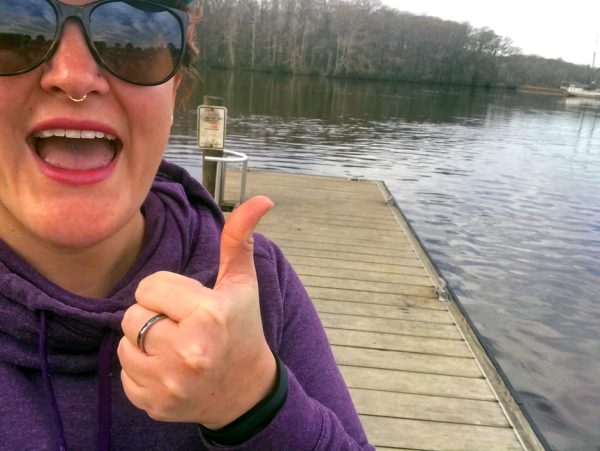 One of the greatest benefits a program like this offers is, ironically, a view of the river’s resilience, despite threats to water quality from events like Hurricane Florence.

“We’ve had major flood events in the past couple of years on the Waccamaw, and what’s fascinating to me is that we can look at the data and see how the river rebounds from these flood events,” comments Ms. Schildtknecht. “Having the before and after data is invaluable. Sometimes we won’t have the data from during an event, but we know what’s normal for our river. We’ve got 12 years of data, so we have established what’s a normal trend.”

And despite living through a frightening natural disaster, the volunteer teams are undeterred.

“It was a historic event, and we’re lucky to have the data that we do have,” adds Ms. Schildtknecht. “We wouldn’t have it without our volunteer monitors.”

Citizen science such as this volunteer program is important to riverkeepers like Ms. Schildtknecht, and she believes it will become even more important as extreme weather events occur more often.

“12 years of data is a lot, and to think that some people have been doing this year-round, twice a month every month, except for December, it definitely shows the value of a volunteer,” says Ms. Schildtknecht. “I couldn’t do this on my own. There’s no way I could go out twice a month and sample the entire 140-mile stretch. There’s no way. So it’s very valuable, for sure.”