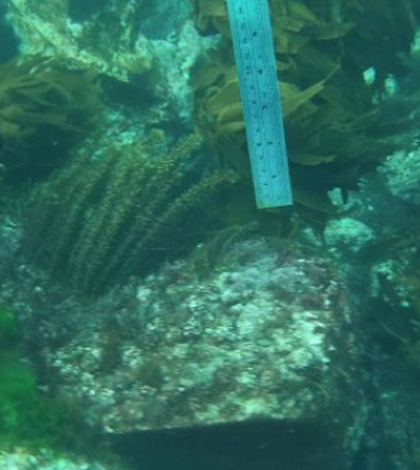 According to a press release from the University of Adelaide in Australia, it is possible to glimpse what futures ocean life might encounter with climate change by looking at carbon dioxide-seep volcanic vents. In these areas, acidification and increased carbon dioxide levels are similar to what is expected for global ocean ecosystem conditions in years to come.

Researchers previously had looked at a single species of fish in the lab with increased carbon dioxide levels to get results, but a unique approach of looking at volcanic-vent fish species allowed scientists to look at the effects of high levels of carbon dioxide on an entire ecosystem. The future did not look promising. Whereas areas surrounding their study site contained a kelp forest with abundant life, areas by carbon dioxide-seep volcanic vents were almost devoid of life, with only short turf algae growing.

However, a few fish species did seem to thrive in volcanic vent areas. These were generalists, species like goby and triplefin, whose numbers dramatically increased in the otherwise desolate areas. Most other fish experienced decreased responses to predators, in addition to low population numbers, believed to be linked to increases in acidification.