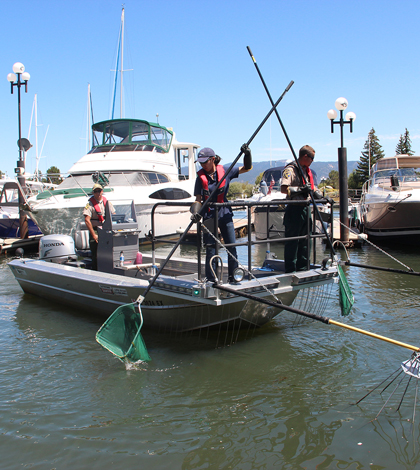 Researchers from the University of Nevada, Reno have collaborated to help study the Lake Tahoe Basin in efforts to help understand some of the problems that plague the region, according to a release from the university.

Most notably, scientists have focused their attention on Lake Tahoe’s nearshore, where ultraviolet light levels are helping invasive species thrive to the detriment of the lake’s native species.

Researchers have begun to measure the effectiveness of mechanical removal methods of the lake’s invasive species. The project will focus on physically removing invasive species to help restore normal levels of native fish.