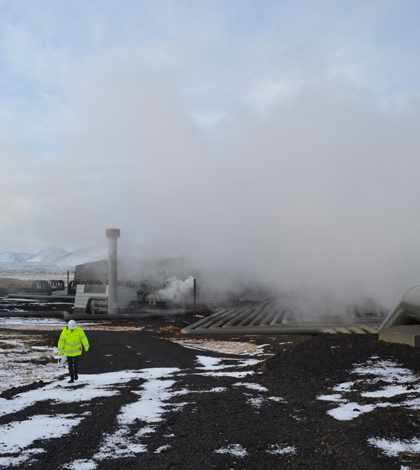 A new method puts carbon dioxide on lockdown, according to a recent article by Live Science. In Iceland, researchers took carbon dioxide spewed from a geothermal power plant and treated it to a sped-up version of rock weathering.

Rock weathering is a natural process where carbon dioxide and other gases diffuse with water, forming carbonic acid. The acid then combines with rock minerals, causing a chemical reaction which results in new compounds.

During the weathering process, scientists took carbon dioxide from the plant, pressurized it, pumped it into a container filled with water and injected the mixture into volcanic rock. The end result was solidified carbon dioxide. They also watched the water for traces of carbon dioxide as it moved through the rock and found none.

The researchers plan to run additional tests and expand their research. If solidifying carbon dioxide is found to a viable option, greenhouse gas emissions could be reduced significantly.