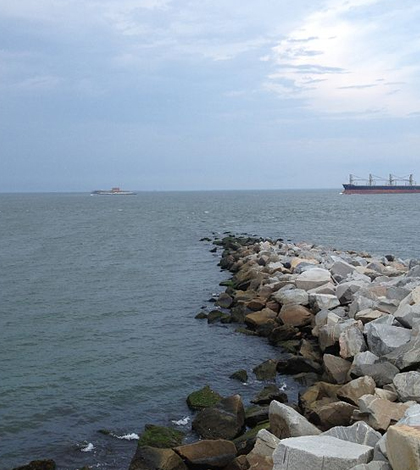 Scientists obtained the measurements by applying a suite of dating methods to the stratigraphy of a rapidly sinking area bordering the Chesapeake Bay, the Blackwater Wildlife Refuge. Researchers calculated that the whole region was submerged 30 to 60 thousand years ago.

Today, the same region is above sea level because it was raised by the Last Glacial Maximum forebulge, but deterioration of the forebulge is now causing the land to drop, meaning sea levels will rise relative to it. The process is expected to continue for millennia.

Scientists say the significantly higher rates in the Chesapeake Bay region are due to glacio-isostatic adjustments that have been more pronounced there than in other areas of the globe. The adjustments are marked by the shifting of land relative to the sea due to changes in glacier ice.