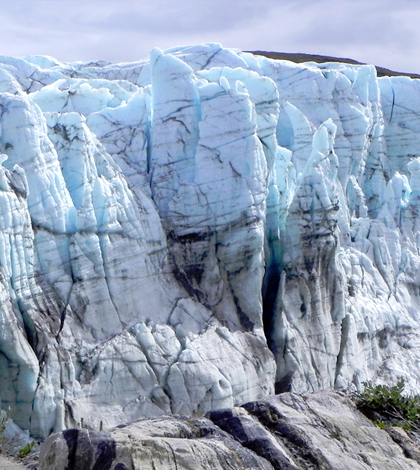 MIT researchers have found a new way to monitor changes in Greenland’s ice sheet: seismic waves. The waves occur as the ocean crashes against the ice sheet, creating vibrations that can be detected and measured with high accuracy.

The method allows for more frequent data collection than airplane-mounted laser altimetry and NASA’s twin GRACE (Gravity Recovery and Climate Experiment) satellites. Seismic wave data can also be taken constantly in an area, whereas laser altimetry only gives similar data a few times a year and GRACE satellite data are only available once a month.

The method can detect changes in Greenland’s ice sheet by tracking wave speed through land on which the ice sits. Heavy ice sitting on land acts like a weight on a porous sponge, squeezing out holes which would slow down waves. So thick ice on land would make the wave travel faster while melting ice will not be as heavy, leaving porous holes that slow waves down.

Scientists determined the usefulness of the method by looking at seismic waves on Greenland’s ice sheet from 2012-2014, finding they compared well to satellite data.